Eviction During Pandemic: No Relief For Nomads Of J&K

Attack on nomad community of J&K has become a new normal which has has again brought focus on the Forest Rights Act.

As the Forest Department in Jammu and Kashmir continues with eviction drive of forest dwellers, it has again brought focus on the Forest Rights Act with the political parties and Gujjar leaders accusing the government of violation of the FRA.

Former Minister Choudhary Zulfikar Ali says it is unfortunate that the nomadic population is being targeted and attacked in clear violation of the Forest Rights Act, 2006. When a large number of people are dying due to Covid-19, the government is going after tribals creating fear and anxiety among them, he says. “Not a week passes when we don’t hear about nomads being driven out of the forests or attacked somewhere. It is indeed a sad situation,” he adds.

On Monday a team of forest officials accompanied by the Forest Protection Force showed up in the Tragpathri area of Shopian district, around 60 km south of Srinagar, and tried to remove fencing extended by nomads there. Officials say they launched this particular drive in the Shopian after sending an eviction notice to the nomads in October 2020.

The drive, however, was launched after a local BJP leader Javid Ahmad Qadri addressed a press conference in Shopian saying nomads have encroached upon the forest land. The officials say they were also informed by a section of nomads that fencing erected by “encroachers” is hampering them to take their herd toward the grazing areas. “When we reached there to remove the fencing we were attacked and assaulted by a large number of nomads,” says an official. Along with six journalists, several forest department officials including the Range Officer have sustained injuries, officials say, adding they were held hostage by nomads for about an hour and were rescued by the police. 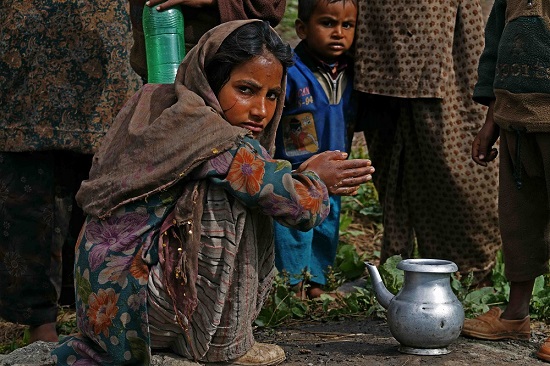 However, the members of the Gujjar community, say they had erected the temporary sheds and the forest officials launched the drive to demolish without serving any notice to them and subjected them to beating and assault.   “A Gujjar from Kellar in Shopian was beaten to a pulp by the Forest department. On one hand, this administration makes tall claims about the implementation of the Forest Rights Act while at the same time they continue to hound & persecute these communities,” former Chief Minister Mehbooba Mufti tweeted. Gujjar leader Zahid Parwaz Choudhary says no one was made hostage by Gujjars and “forest officials had assaulted a lady and tried to burn her house and herself when others intervened and a confrontation took place between two groups."

A similar drive was launched by the forest department in the Jammu's Sunjwan area demolishing one structure of nomads there. In another incident, a nomad family claims they were taking their herd to Kashmir and were attacked by unknown goons in the Samba district of Jammu early Wednesday morning. However, the police say they have no report of any such incident so far.

“Attack on Gujjar Bakerwal community of J&K has become a new normal. Yesterday it was Shopian, today it was at Samba. Callous attitude by authorities are the only reasons that everyday tribals are being targeted, harnessed & intimidated for no reasons,” tweeted a Jammu based rights activist Saima Chowdhary. In March this year a nomadic Gujjar family was attacked in Samba and the attackers had tried “to outrage the modesty” of a nomadic woman.

Dr. Sheikh Ghulam Rasool, an RTI activist based in Srinagar says since 2014 there has been a consistent campaign against the forest dwellers and nomads. He says they have been demonized, attacked and evicted, from forests despite living there for centuries. “They have been demonized to an extent that their rights under the Forest Rights Act are denied to them,” he says.

The Centre extended the Scheduled Tribes and Other Traditional Forest Dwellers (Recognition of Forest Rights) Act, 2007 commonly called Forest Rights Act to J&K in October 2020 after 12 months abrogation of Article 370 in the first notification and with this tribals got the impression they finally got rights on the land.

Over the years different governments at the Centre in spite of Article 370 in place extended scores of central laws to Jammu and Kashmir including National Food Security, the Prevention of Terrorism Act, 2002, the Armed Forces Special Powers Act, 1958 and Goods, and Services Tax [implemented in 2017]. 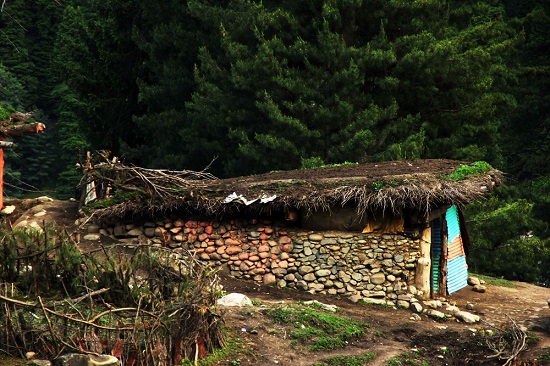 However, the central governments had been reluctant to extend the Forest Rights Act to Jammu and Kashmir due to political reasons as the BJP in Jammu was opposing it and was firm on its opposition to the settlement of the nomadic tribals in the forests. As per the Census 2011, the Scheduled Tribe comprises more than 14 lakh of the total 1.25 crore J&K population. The Gujjars and Bakerwals, being the largest tribes, are concentrated in Poonch, Rajouri, Dooda, and Reasi districts of Jammu and 90% of the Scheduled Tribe population comprises Muslims.

Dr. Javaid Rahi, chairman of Tribal Research Foundation says the eviction drive is illegal. “We have demanded to restrain such evacuation drives till the claims of tribals and other forest dwellers are to be decided as per the Forest Rights Law,” Dr. Rahi says. He says lakhs of tribals are dependent on forest resources and such drives can push them towards poverty and starvation at large. 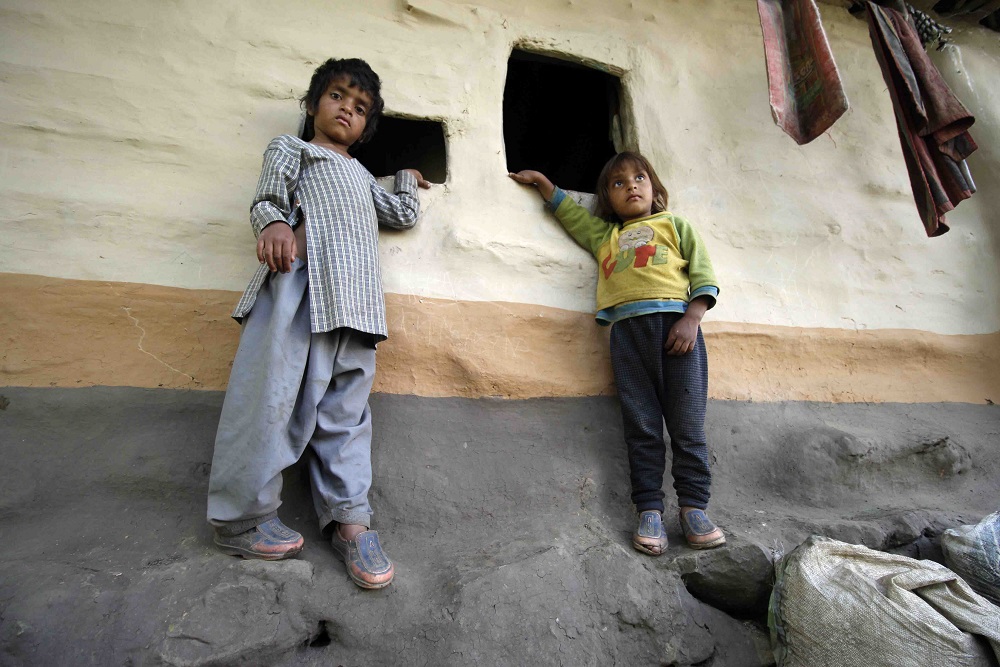 Under the FRA, tribals have legal protection against eviction from forests and they are entitled to other rights including cattle grazing, access to water resources, forest-based livelihood rights and minor forest produce rights. The FRA gives “title rights” to land farmed by tribals or forest dwellers as on December 13, 2005, up to a maximum of four hectares. Jammu and Kashmir has also set 2005 as the cut-off date.

Under the law Forest Rights Committees (FRCs) have to be constituted at the village, block, and then at the district level, which would then take a call on evictions.

The government has so far constituted only one FRC under Gram Sabha. The level-two FRC committee at the sub-divisional level headed by SDM or ADC and the level 3 FRC committee at the district level are yet to be constituted. “Once the Act has been applied eviction cannot take place. As long as you cannot reject the claim of the tribal or forest dweller through all the three FRCs that he is an illegal occupant of the land, you cannot start an eviction drive against a forest dweller. The government comes up with tall claims that they implemented the Forest Rights Act. But the law must be adhered to in its letter and spirit. Why these illegal eviction drivers,” ask former Minister Choudhary Zulfikar Ali.