The ED raids come at a time when Rajasthan CM Ashok Gehlot is battling to keep his government intact in after his former deputy, Sachin Pilot, rebelled along with 18 other MLAs. 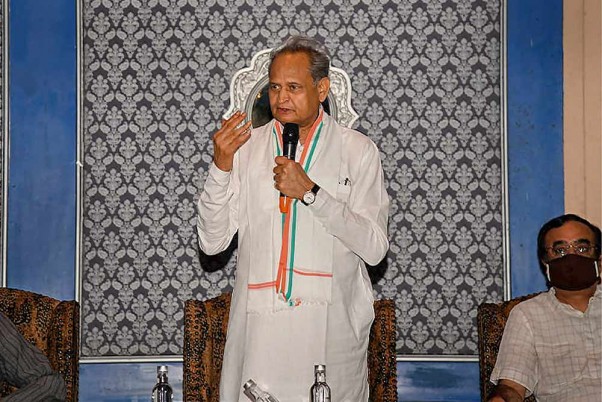 The Enforcement Directorate (ED) is conducting searches at the residence of Rajasthan Chief Minister’s brother Agrasen Gehlot in connection with an alleged scam in exporting fertiliser.

Raids are also being conducted at the residence of former MP Badri Ram Jakhar.

Agrasen Gehlot is the promoter of a seeds and fertiliser company named Anupam Krishi.

ED sleuths were assisted by personnel of the Central Reserve Police Force (CRPF), who were seen standing guard at the farmhouse and residence of the Gehlots' in Mandore area of Jodhpur district.

The ED raids come at a time when CM Ashok Gehlot is battling to keep his government intact in Rajasthan after his former deputy, Sachin Pilot, rebelled along with 18 other MLAs.

The action came after the agency filed a criminal Enforcement Case Information Report (ECIR), ED equivalent of a police FIR, in a 2007-09 Customs department case of alleged irregularities in the supply of subsidised Muriate of Potash (MOP) to farmers and investigation in this case was finalised in 2013.

The raids are aimed to collect evidence in this scam case which is stated to be worth about Rs 60 crore, officials said.

Officials of the agency are carrying out the searches under the provision of the PMLA.

Sources alleged that Agrasain Gehlot and his company have been slapped with a Customs penalty of about Rs 7 crore in this alleged fertiliser supply scam.