During the visit, Trump and Melania also tried their hands on the khadi spinning wheel 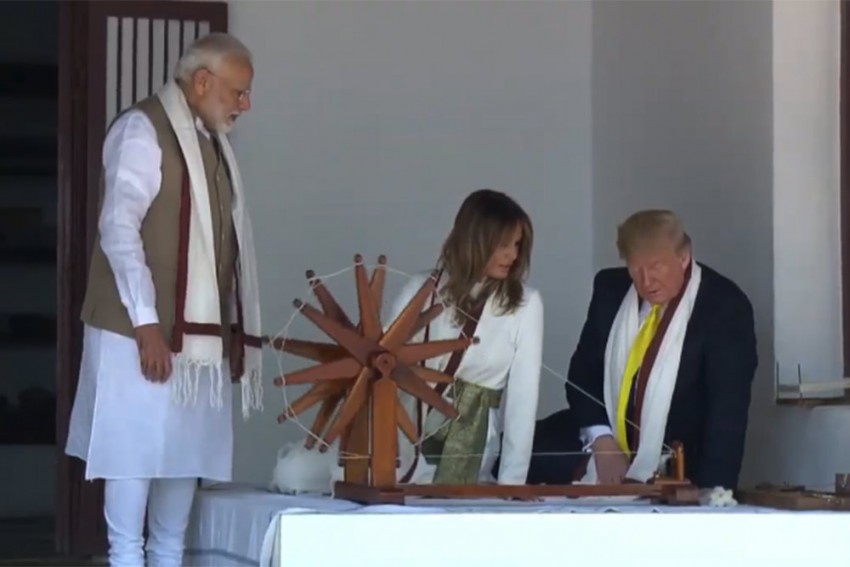 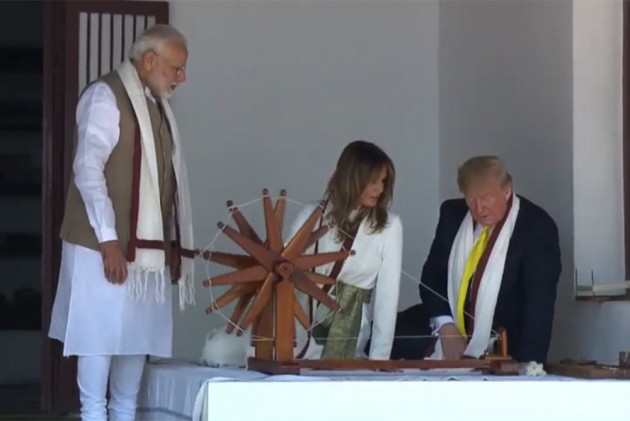 US President Donald Trump and his wife Melania on Monday tried their hands at spinning the
'charkha' (spinning wheel) at the Sabarmati Ashram in Ahmedabad in between their roadshow with Prime Minister Narendra Modi.

Soon after landing in India, Trump and his wife visited Sabarmati Ashram, which was home to Mahatma Gandhi between 1917 and 1930 during India's freedom struggle.

PM Modi, who reached the Ashram a few minutes earlier, showed Trump and the US First Lady 'Hriday Kunj', a room inside the Ashram where Gandhiji and his wife Kasturba lived.

Modi explained the importance of this place in India's freedom struggle.

During the visit, Trump and Melania also tried their hands on the khadi spinning wheel, also known as charkha. Melania also helped Trump in weaving khadi on the charkha.

Before leaving, Trump wrote a message in the visitors' book of the Ashram.

"To my great friend Prime Minister Modi - Thank you for this wonderful visit," wrote Trump and signed the message. It was also signed by Melania.

The Trumps were in the Ashram for around 15 minutes.

Modi also presented "Three Wise Monkeys," a larger version of one belonging to Mahatma Gandhi, as a memento to the US president.

Trump and Modi then resumed their roadshow till Motera stadium where a grand event in honour of the US president has been arranged under the name 'Namaste Trump'.

'Hero Not Just To India But...': As Trump Ignores Gandhi, Here Is Obama's 2010 Tribute To Mahatma