Do Not Belittle Institution With Repeated Innuendos: EC To Mamata Banerjee 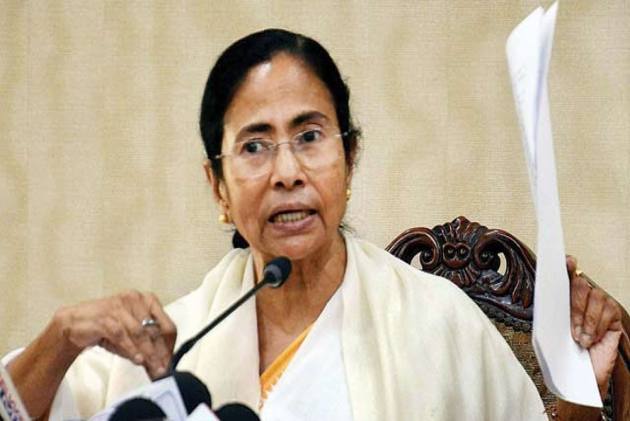 The Election Commission told West Bengal Chief Minister Mamata Banerjee that it is not proper to belittle the institution by calling it as being close to the ruling party and asserted that it would not like to be repeatedly "put in the dock" with innuendos and averments.

In a stern message, Deputy Election Commissioner in charge of West Bengal Sudeep Jain wrote to Banerjee, "Commission maintains the position that they would not like to keep on being put in the dock for alleged proximity to any political entity.”

Despite meeting representatives of the TMC in Kolkata and the national capital in the recent past, "if it is stated by the CM that the Commission should meet political parties, it is only an attempt to belittle the institution of Commission with repeated innuendos and averments", the poll panel said in response to a letter from Banerjee to Chief Election Commissioner Sunil Arora on March 14.

Recently, the TMC had urged the panel to remove Jain as in charge of West Bengal and had questioned his neutrality. The commission had defended Jain by coming out with a press statement.

If the chief minister "persists in creating and attempting to perpetuate this myth for reasons best known to her, it is singularly unfortunate", he said and added that it was only for her to adjudge why she was doing so.

Addressing rallies in West Bengal on Tuesday, Banerjee accused Union Home Minister Amit Shah of "hatching a conspiracy" to harass TMC leaders ahead of the assembly polls and sought to know if the Election Commission was taking instructions from him.

Banerjee also said that she would be forced to stage a protest outside the poll panel's office if the BJP continues to "interfere" in its day-to-day functioning.

The letter said a TMC delegation had given a representation on issues relating to her security on March 11. A reply was sent to them from the Commission on the same day.

Another representation by the party was given on March 12, the reply of which is being firmed up and will be sent in a day or so, it said.

"Meanwhile, the reply of the communication dated March 14 is being sent because as per media reports some of the issues have been raised by you in a public rally in Bankura," the letter said, adding that it does not have an authorised text of the rally.

In an apparent response to her allegation in Bankura on Tuesday that the BJP was plotting to kill her, and her director of security, Vivek Sahay, was removed from the post by the poll panel following her injury in Nandigram, for this reason, the EC said a new officer has already been posted to head her security detail.

"It would be noted that keeping the security sensitivities of your person as Chief Minister and a Z+ class protectee Commission authorised the chief secretary to immediately appoint a Director Security in consultation with the DGP, which as stated earlier was done yesterday.

"It is a reasonable presumption that Chief Secretary, in consultation with DGP West Bengal, has posted  Gyanwant Singh, IPS as Director Security. Chief Secretary would have consulted you/ got an approval on file being Chief Minister and Home Minister before issuing the orders of posting of Gyanwant Singh," the letter said.

The EC had ordered the removal of Sahay on Sunday for failing in his duty to protect Baneerjee.

"It has been repeated ad nauseum in letters...that Commission has been doing things by making changes...arbitrarily which has been commented upon at length in the earlier communication...and need not be commented upon again. Political parties are the second most important component of the entire electoral edifice after the voters," the letter said.

The Election Commission on Sunday concurred with its two poll observers that there was no pre-meditated attack on West Bengal Chief Minister Mamata Banerjee in Nandigram during her poll campaign and that her injuries were the result of a security lapse.

Taking stern action over the "slack" bandobast arrangements, the commission ordered the immediate suspension of IPS officer Vivek Sahay, who was in charge of the CM's security, and Purba Medinipur SP Praween Prakash. It also transferred Purba Medinipur district magistrate.

"Charges must be framed against him (Vivek Sahay) within a week for grossly failing in the discharge of his primary duty as Director, Security, to protect the Z+ protectee," the EC said in a statement.

It said the state chief secretary, in consultation with the DGP, is authorised to post a suitable director of security immediately.

The poll panel also decided that a committee comprising the chief secretary and the DGP will "identify within the next three days the other proximate security personnel below Director Security who failed in their duties to prevent the incident and protect the Z+ protectee, and take suitable action for their failure..."