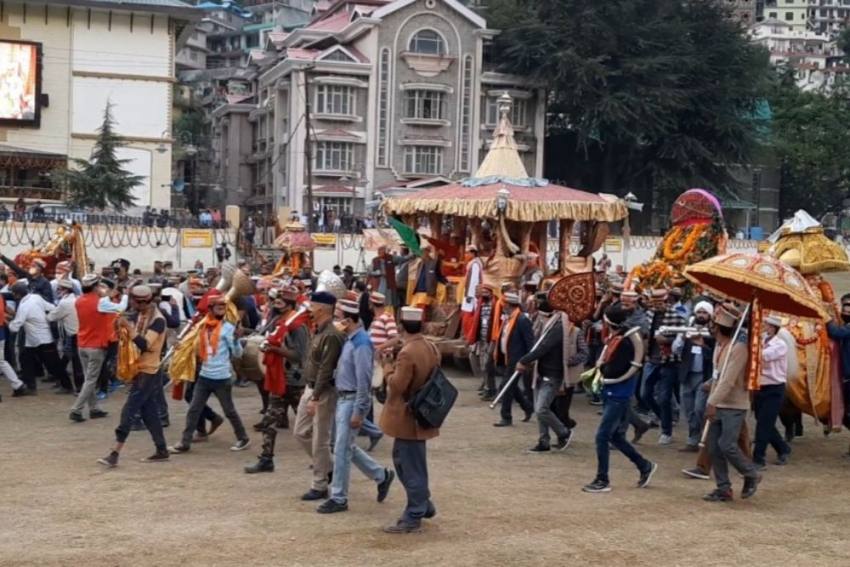 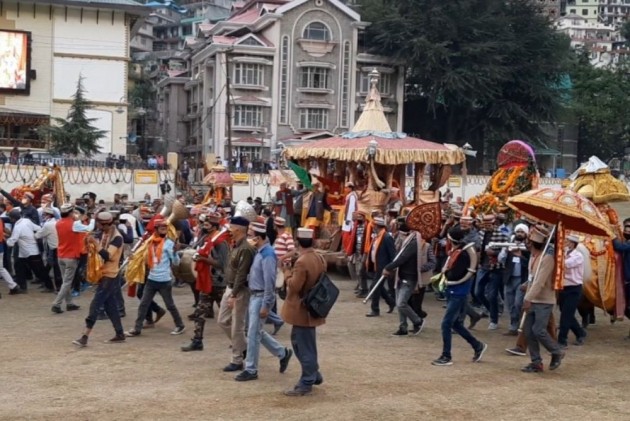 It might sound superstitious in this modern age of science and daily innovations. But in Kullu, the words of Maa Hadimba, the region’s supreme deity expressing displeasure at the scaling down of the traditional festivities at the internationally famed Kullu Dussehra left the local administration completely stunned on Sunday.

Yet there was also reassurance too at the end of the emotional outbursts, as pronounced through its Oracle, whom the followers of the deities and Lord Raghunath never dispute or question. “Nothing to worry about, I am there, will protect you all,” declared the Oracle.

The impact of Covid-19 was clearly visible at the Kullu Dussehra. Only seven out of 350-odd deities/devtas invited to the event at the Dhalpur Maidan in the heart of the town. Old pictures of the centuries-old Dussehra at Kullu show how the mega event used to be before the pandemic. 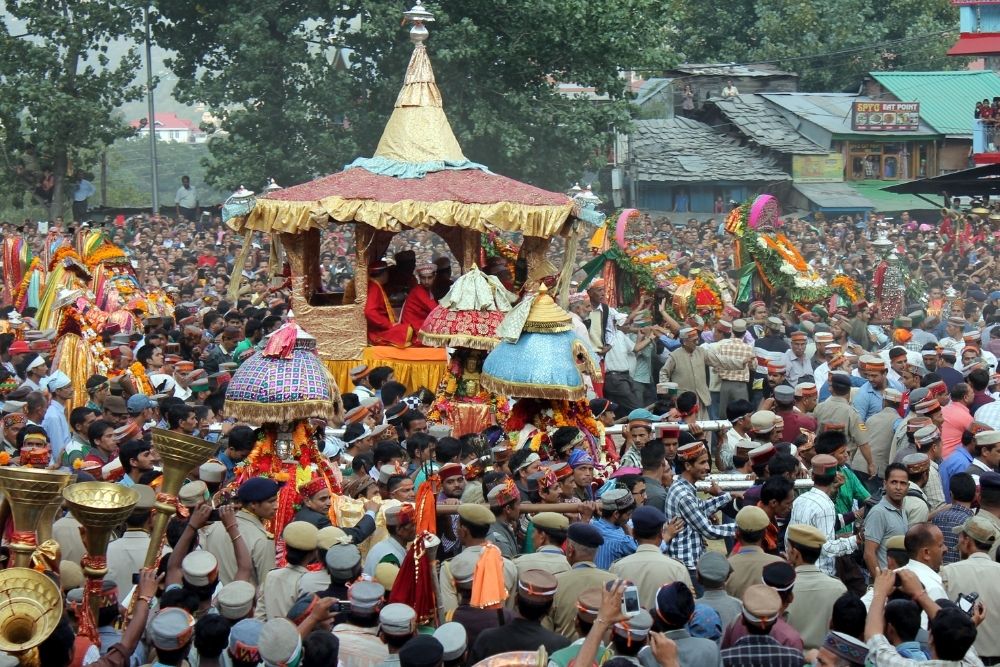 The sprawling ground looked almost desolate as most of the events and practices which are part of the official celebrations were dropped to enforce social distancing. Only 200 persons with their Covid test reports were permitted to pull the chariot of Lord Raghunath (Lord Rama). This was in complete contrast to earlier days when thousands of enthusiastic followers used to wheel out and participate in the Rathyatra, adding colours and spirit to the festival which attracts thousands of tourists for the annual event.

The famous Kullu nati, an folk dance event to mark the spirit of women power which attracted the participation of 9,892 women for the first time in 2015, has also been dropped.

Three deities –who were not invited --reached Lord Raghunath’s temple and forced their entry into Kullu, despite Deputy Commissioner Dr Richa Verma imposing Section 144 and lockdown-type restrictions in the town. “This was part of the measure to control the crowd and ensure that no violation of the social distancing happens which gives a chance to coronavirus spread,” said Dr Verma.

The “pandemic called for scaling down of the festival and thus the views of the Dev Samaj –an umbrella body of representatives of all deities/devtas --were taken before deciding not to invite all participating deities. Only seven, including Maa Hadimba –whose arrival marks the beginning of the rathyatra, were invited,” said Maheshwar Singh, the scion of Kullu ‘s erstwhile king and the chief kardar or supreme caretaker of lord Raghunath.

Some of these self-invited deities lodged their protests before Lord Raghunath and the chief kardar at Rupi Palace complex –where the temple of Lord Raghunath is located --over the “arbitrary” orders of the district administration. This is the first time in nearly 400 years that Dusshera was marked with only just seven prominent deities— instead of the 350 or more who used to camp for seven days till Lord Raghunath's rath returned from the Dussehra ground.