that the draft MPD 2041 has been made available on the DDA website and public suggestions and objections have been invited. 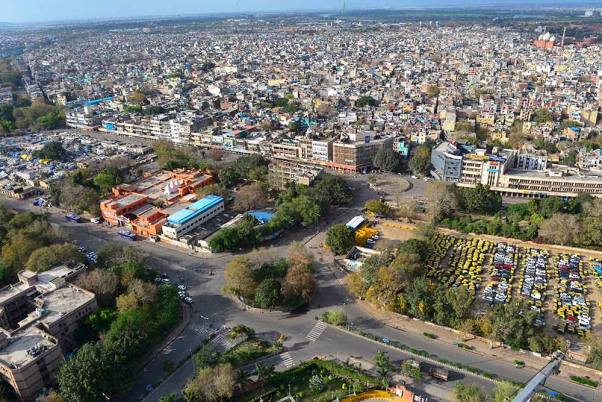 The draft Master Plan of Delhi 2041 has focused on greener environment with protection norms, vibrant economy, enhanced mobility promoting cleaner fuels and rejuvenation of heritage fabric of the capital city.

A senior official of the Delhi Development Authority has said that the draft MPD 2041 has been made available on the DDA website and public suggestions and objections have been invited.

"The release of the Master Plan for Delhi 2041 coincides with the 75th year of India's Independence. India is poised to become the third largest economy in the world by 2050 and its growth trajectory is increasingly being defined by cities that contribute 60 per cent of the GDP.

"The government has increased the focus on urban development by embarking upon a comprehensive programme for planned urban development in 2014, designed to bring about a transformative change in the lives of people with inclusive, participative and sustainable approach," reads the draft plan.

In the environment area, the draft plan envisions to minimise vehicular pollution through key strategies, including adoption of mix-use transit-oriented development (TOD), migration to greener fuels for public transport, and water quality improvement to be taken for river Yamuna and various natural drains, lakes and baolis, the draft plan reads.

The draft MPD 2041 also highlights the topographical vulnerability of Delhi, which "falls in seismic zone four and is under high risk of earthquake, incidents of fire outbreaks and flooding".

"High built densities, poor quality and age of built stock further increases the vulnerability. The COVID-19 pandemic brought into focus the need to create self-contained and mixed-use areas with decentralised infrastructure," it added.

The Master Plan for Delhi is one of the key instruments that facilitates Delhi's development by assessing the present condition and guiding how to achieve the desired development. The anchor agency for the master plan is the DDA.

The process of preparation of the Master Plan of Delhi 2041 was initiated in 2017, and it remained on track in spite of the lockdown and other restrictions on account of the COVID-19 pandemic.

The draft also incorporates the heritage assets of the city, saying "Delhi is a cultural capital and has a large number of heritage assets. Peservation of assets and their adaptive reuse are to be promoted for preventing degradation and loss of historic assets and fabric".

Implementation of the plan is the collective responsibility of all agencies involved in the development of Delhi, including the central government, various departments of the government of Delhi, service providers, landowning agencies, regulators, and local bodies, among others, it says.

The first Master Plan for Delhi was promulgated in 1962 under the Delhi Development Act of 1957, followed by the Master Plans of 2001 and 2021, each of which is an extensive modification of the respective previous plan document.

"These plans were prepared for 20 years' perspective periods and provided a holistic framework for planned development of Delhi.

The MPD 2041 is a 'strategic' and 'enabling' framework to guide future growth of the city, built upon the lessons learnt from the implementation of the previous plans," the draft says.