'Hospitals In Delhi Left With Only A Few Hours Of Oxygen': Arvind Kejriwal Seeks Centre’s Help 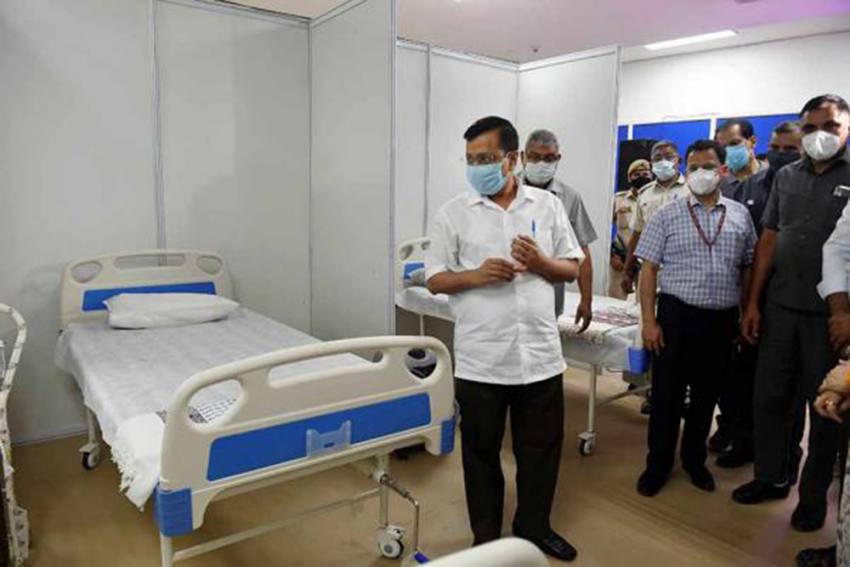 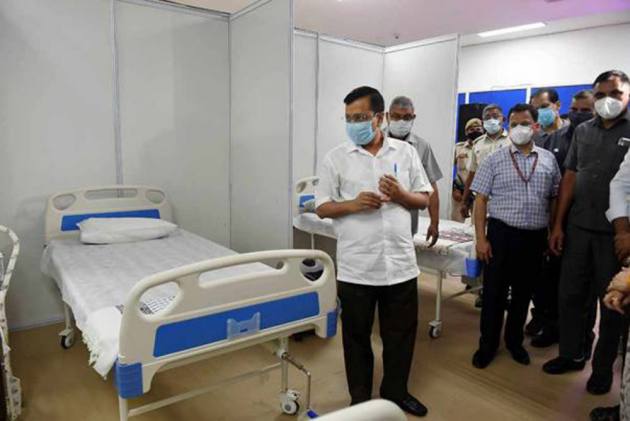 Sounding alarm bells, Delhi Chief Minister Arvind Kejriwal on Tuesday urged the Centre to immediately provide medical oxygen to hospitals in the national capital, claiming that the city will run out of its reserves in a few hours.

The development comes amid Delhi reporting 40 deaths due to Covid-19, the highest since the pandemic began and 23,686 new cases with a positivity rate of 26.12 per cent on Monday.

"Serious oxygen crisis persists in Delhi. I again urge the Centre to urgently provide oxygen to Delhi. Some hospitals are left with just a few hours of oxygen," the chief minister tweeted.

Serious oxygen crisis persists in Delhi. I again urge centre to urgently provide oxygen to Delhi. Some hospitals are left with just a few hours of oxygen.

Officials at Sir Ganga Ram Hospital said they have just eight hours of oxygen left. The hospital has 485 beds for Covid-19 patients, of which 475 are occupied. Around 120 patients are currently in the ICU. Hospital chairman D S Rana said, "6,000 cubic meters of it (oxygen) is left, which at the rate of current consumption will last till 1 am. Need urgent replenishment."

Prior to this, Kejriwal had made a similar request to the Centre on Sunday, terming the shortage of oxygen for coronavirus patients in Delhi as an "emergency".

Kejriwal also wrote to Union Minister of Commerce and Industries Piyush Goyal, seeking his intervention in the matter.

A bench of Justices Vipin Sanghi and Rekha Palli said if the lockdown continues then everything would come to a halt and therefore, what would be the need for steel, petrol and diesel during such a situation.

"During lockdown, what would be the development," the court said and asked the Centre why it was waiting till April 22 to ban industrial use of oxygen.

"Shortage is now. You have to do it (ban) now. Look into taking some oxygen from steel and petroleum industries. They have big pockets and big lobbies, but tell them if they have to cut production, then they can cut production. Lives have to be saved," the bench said.

The court cited the example of a central government counsel whose father was admitted in hospital and was on oxygen support, but due its scarcity, oxygen was being provided at a reduced pressure to him to conserve it.

"Can you ask him to hold on till April 22," the court asked. It said if nothing was done, then "we are heading for a bigger disaster".

"We might end up losing nearly a crore of people. Are we willing to accept that," the bench said.

It also suggested increasing the COVID beds in hospitals which have their own oxygen generating capacity.

The observations by the bench came after perusing the Centre's affidavit which said there was presently no gap in oxygen supply to Delhi and that industrial use of oxygen was banned with effect from April 22.

The Ministry of Health, represented by Additional Solicitor General Chetan Sharma, told the high court that there has been an inordinate increase of 133 per cent in the projected medical oxygen required, as on April 20, between the initial estimate of 300 metric tonnes and revised estimate of 700 metric tonnes submitted by Delhi.

The ministry said all the States, including Delhi, have to rationalize the use of oxygen and prohibit abnormal usage and administering oxygen to the patients who do not clinically require the same.

"States have to undertake oxygen consumption monitoring in hospitals including private hospitals and to undertake facility-wise/hospital-wise oxygen inventory mapping and advance planning for timely replenishment so that supply can be efficiently managed," it said.

It said that states of Kerala and Madhya Pradesh have come out with simple guidelines to efficiently manage use of oxygen in view of its scarcity.

The Centre also informed the high court that it has provided Delhi government hospitals with around 1,390 ventilators.

Earlier in the day, the court had asked the Centre whether oxygen supplied to industries can be diverted for Covid-19 patients.

"Industries can wait. Patients cannot. Human lives are at stake," the bench said.

It said it has heard that doctors at Ganga Ram Hospital were being forced to reduce oxygen being given to Covid-19 patients admitted there as there was scarcity of oxygen.

The ministry, in the affidavit filed through central government standing counsel Monika Arora, has also said that in order to increase the capacity of medical oxygen in Delhi, eight Pressure Swing Adsorption (PSA) Oxygen Generation plants are being installed by the support of PM CARES Funds.

"These plants would enhance capacity of medical oxygen by 14.4 metric tonnes," the ministry's affidavit said.

The observations by the bench came during the hearing of a disposed of petition related to Covid-19 tests and the high court revived it on April 19 by noting that the virus has raised its "ugly head" once again and the pandemic is raging with much greater intensity and "it is evident that the healthcare infrastructure is at the stage of imminent collapse".