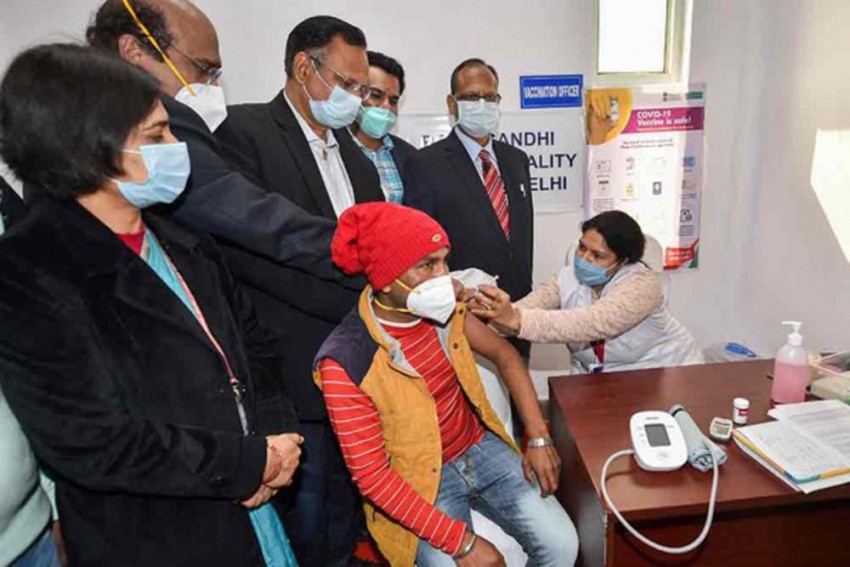 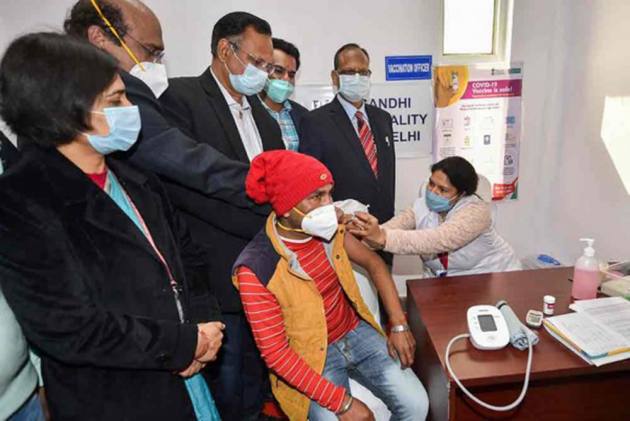 As India embarked on its Covid-19 vaccination journey on Saturday and vaccinated 1.65 lakh health workers across the country, it was not all good news. One “severe” and 51 minor cases of adverse events following immunisation (AEFI) were reported in the national capital, officials said.

Over 1.65 lakh beneficiaries were inoculated with Covid-19 jabs at 3,351 session sites throughout the country on Saturday. A total of 16,755 personnel were involved in organising the vaccination sessions, officials said.

Against a target of 8,117 health workers who had to be vaccinated on the first day of the drive in 11 districts of Delhi, a total of 4,319 were administered the vaccine, official figures showed.

Officials said a few cases of AEFI were observed in some people who were administered the vaccine. "A few AEFI cases were reported but most were minor and the persons were normalised during observation period. Only one severe AEFI case was reported in South Delhi," said a top government official.

According to World Health Organisation (WHO), any untoward medical occurrence which follows immunisation and does not necessarily have a causal relationship with the usage of the vaccine, is known as AEFI.

District officials said most of the persons who developed "minor" AEFI post vaccination complained about dizziness and headache. They will be monitored for a few days to ensure their normal state of health, they said.

In AIIMS-Delhi, a security guard who was administered a shot of Covaxin on Saturday was admitted at the hospital after he developed an allergic reaction as part of "severe" adverse events following immunisation.

According to All India Institute of Medical Sciences Director Randeep Guleria, the security guard, in his 20s, at AIIMS who received the jab after 4 pm, complained of palpitations and developed an allergic skin rash within 15-20 minutes after being inoculated and was admitted to the facility.

Administration of coronavirus vaccine started in Delhi at 81 centres across the city on Saturday. Each Centre was targeted to administer vaccines to 100 people (health workers).

Northwest and west Delhi districts had the highest target of 1,100 vaccinations each where 706 and 487 people, respectively, were vaccinated.

In northeast Delhi, there were two vaccination centres and a total of 77 people were vaccinated against the target of 200 people, official figures showed.