Commercial run of the train will begin from October 5 and it will run on all days of the week except Tuesday. 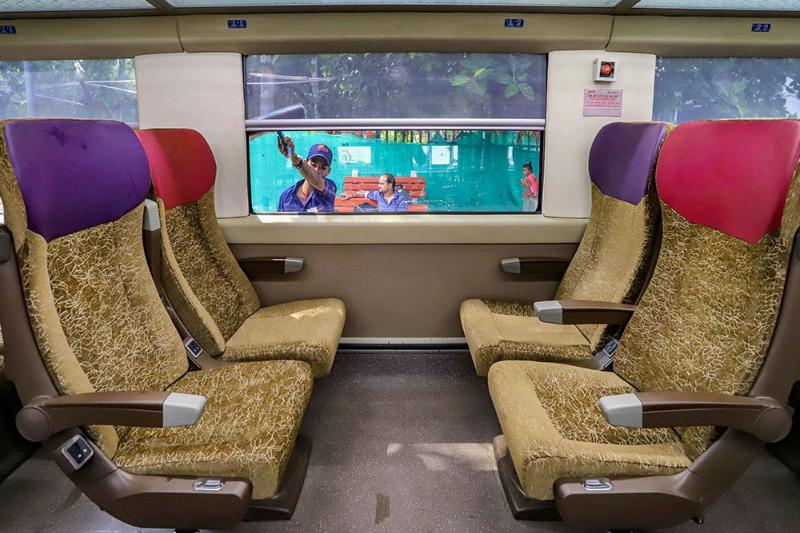 Home Minister Amit Shah on Thursday flagged off Delhi-Katra Vande Bharat Express saying that it is a "big gift" for Jammu and Kashmir's development and for promoting religious tourism in the state.

The train, which was flagged off from the New Delhi Railway Station will travel till Shri Mata Vaishno Devi in Katra, a city 42 KM away from the city of Jammu. It will be running at a maximum speed of 130 km/hour and will cover the distance in eight hours, cutting the travel time by four hours.

The train, which was earlier called Train 18 boasts of having a host of new features onboard.

"In the first and the last coach, bottle crushing machines have been installed for disposing off plastic bottles. This has been done so that dumping off plastic waste can be reduced on the railway lines," the official said.

He said the number of machines might be increased depending on the space.

The officials informed that the train has revolving seats that be turned around to 180 degrees, 16 air-conditioned coaches, including two executive class coaches and sensor doors that connect the coaches.

The pantry has also been made more spacious with one deep freezer for storing ice cream and welcome drinks, three hot cases and two bottle coolers, he said.

The train has continuous windows and the glasses have been provided with anti-spall films, the official said.

Roller blind screens have been provided on the lookout glass to protect train pilots from the sun's glare and improved insulation has been provided to reduce the noise level in the driver's cab.

Phone handsets have been provided for direct communication between the train driver and the train guard.

Commercial run of the train will begin from October 5 and it will run on all days of the week except Tuesday.