Last week, BJP’s official Twitter handle released a laudatory nine-minute video as a report card of the government -– Modi sarkaar ke 6 saal… bemisaal -- but gave a complete miss to the challenges posed by the novel coronavirus. 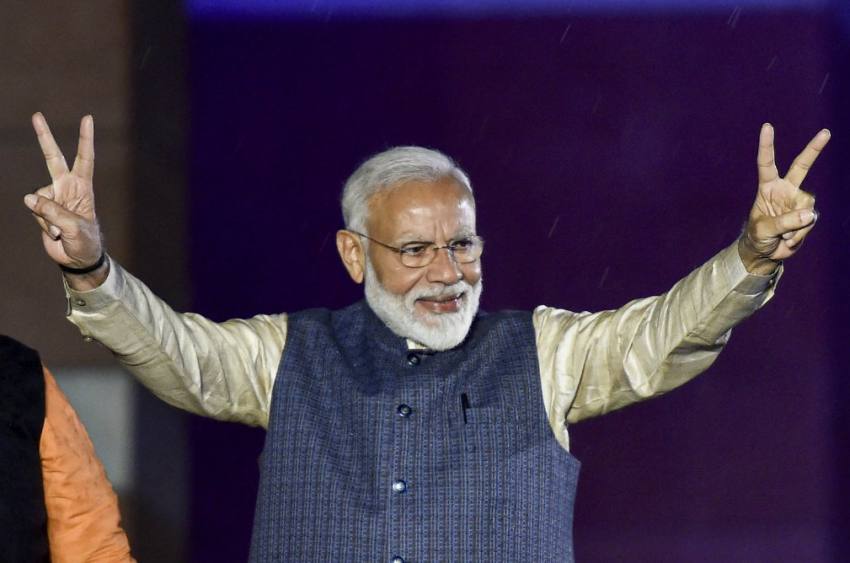 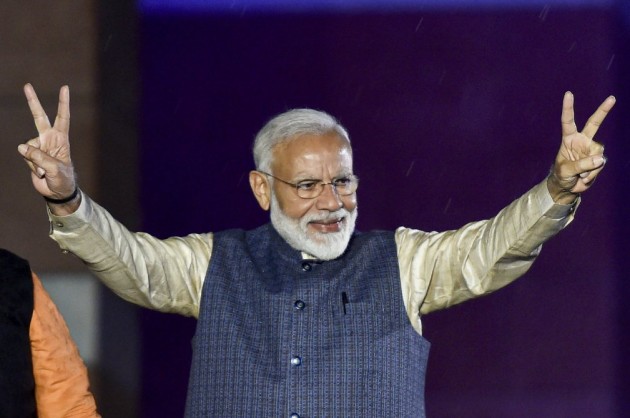 India may be struggling to contain the COVID-19 crisis but it has not dampened the celebratory spirit of the BJP-led government that has completed six years in office. Party’s official Twitter handle released a laudatory nine-minute video as a report card of the government -– Modi sarkaar ke 6 saal… bemisaal -- but gave a complete miss to the challenges posed by the novel coronavirus.

Narendra Modi took oath as the Prime Minister of India for the first time six years ago on May 26, 2014. He had led the saffron party to a huge victory winning 282 out of 543 seats. Having established himself as the tallest leader in the country, Modi powered the BJP to a bigger victory in 2019, with the party winning 303 seats. He also kept pushing for India to have a greater role globally.

Six years under PM Modi have been eventful, with focus on national security and welfare programmes. The government has adopted a proactive masculine approach towards national security with surgical strikes across the LoC in 2016 and the Balakot airstrikes, just weeks before 2019 Lok Sabha elections, to avenge the killing of 46 CRPF personnel in the Pulwama terror attack.

In Modi 2.0, the focus has shifted to internal issues and those core to RSS-BJP ideology. Just as the government’s response to COVID-19 has been that of hits and misses, so has its been six-year report card.

Swachch Bharat Abhiyan -- The government brought the focus on cleanliness and sanitation. Even though the country is still not open defecation free, big strides have been made in access to toilets.

Decisive leadership -- Surgical strikes in 2016 to avenge Uri terror attack on the army and the 2019 Balakot airstrikes in retaliation to Pulwama attack on CRPF personnel enhanced Modi’s image as a strong, decisive leader.

Hindutva -- BJP-led government stuck to its core ideology and managed to consolidate the majority by fulfilling its promises on various issues, including revocation of Article 370, Citizenship Amendment Act and Ram temple in Ayodhya.

Ayushman Bharat -- Though it has not rolled out the way government expected, the scheme has made healthcare accessible to lakhs of poor and under-privileged people.

Economic policy -- The government has not shown clarity in economic policy. While it wants to propagate Atmanirbhar (self-reliant) Bharat and swadeshi, it also wants to make a big push for FDI. The unemployment will also become worse as businesses suffer losses and many close down due to Covid-19 lockdown.

Demonetization and GST -- The professed aim of demonetization, that is, curbing black money and corruption, failed completely. The government then tried to change the goal post to increased tax compliance. Complicated GST added to the woes of small and medium businesses, already hit by demonetization.

Crumbling healthcare system -- While the government may have the biggest healthcare scheme in Ayushman Bharat, the healthcare infrastructure in the country is in much need of a major upgrade, as exposed by the Covid-19 crisis.

Smart India -- Digital India has failed as connectivity remains poor and access to wifi is limited. While the world has moved to 5G connectivity, India is still struggling with the lower level 4G connectivity. Even the Smart Cities mission is lagging.

Polarisation -- While BJP-led government has stuck to its ideology by implementing CAA and pursuing National Register of Citizens (NRC), the Opposition parties believe that these measures have led to a polarized atmosphere in the country.