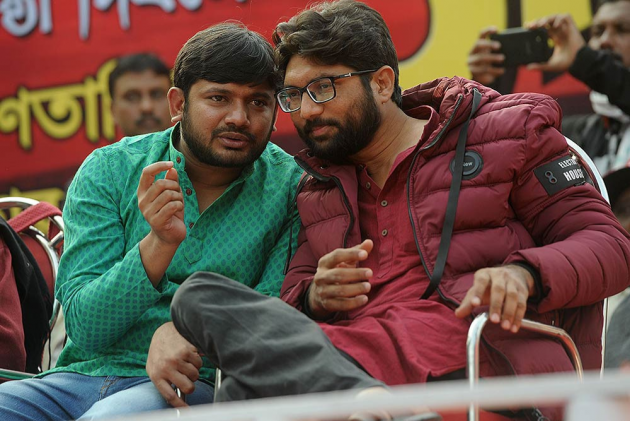 Ahead of the upcoming Gujarat Assembly elections influential Dalit leader Jignesh Mevani on Saturday announced his decision to join Congress.

An independent Gujarat MLA said that he would join Congress on September 28 along with former JNU student leader Kanhaiya Kumar.

The development comes ahead of the next year's Assembly elections in the BJP-ruled Gujarat.

Mevani had won election from the Vadgam Assembly constituency in Banaskantha district in 2017 with the backing of Congress.

"On September 28, I will be joining the Indian National Congress along with Kanhaiya Kumar," he said.

He added that he will be able to talk in detail about the decision only after that.

Working president of Gujarat Congress Hardik Patel will also attend the function in Delhi where he will be inducted in the party in the presence of Rahul Gandhi, Mevani said.

"We welcome all the revolutionary youths who are willing to work for the development of the country and strengthen the Congress party and the ideals of (Mahatma) Gandhi, Sardar (Patel) and (Jawaharlal) Nehru," Hardik Patel said in a statement.

He described Mevani as "an old friend" and said his entry will help the party both in the state and at the national level.

Chief spokesperson of Gujarat Congress Manish Doshi said Mevani became an MLA with thesupport of Congress workers in the 2017 elections, and his entry "will strengthen the party's fight against the corrupt policies of the BJP".

"Congress party welcomes everyone who fights against the corrupt policies of the BJP. The party policy is to ensure justice to everyone in Gujarat and fight against every such policy of the BJP which is anti-people, anti-youth, anti-farmer, anti-poor," Doshi said. (With PTI inputs)