Cyclone 'Vayu' is further likely to intensify into a severe cyclonic storm in the next the 24 hours, the Cyclone Warning Division of the IMD said in a bulletin issued at 8 am on Tuesday. 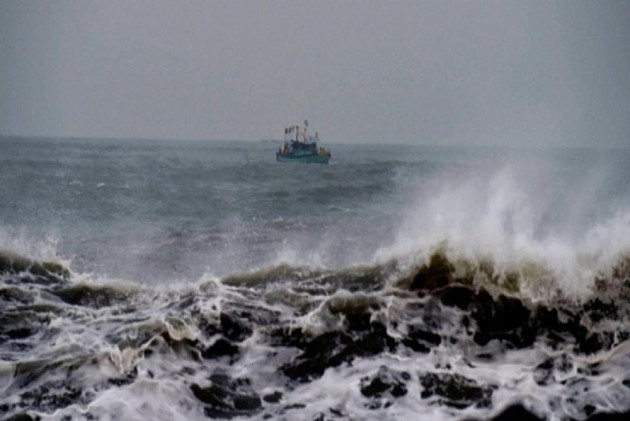 A deep depression over the Arabian Sea, which brewed over the past two days, has intensified into a cyclonic storm and is likely to hit the Gujarat coast on June 13 morning, the India Meteorological Department said Tuesday.

Cyclone 'Vayu' is further likely to intensify into a severe cyclonic storm in the next the 24 hours, the Cyclone Warning Division of the IMD said in a bulletin issued at 8 am on Tuesday.

"It is very likely to move nearly northward and cross Gujarat coast between Porbandar and Mahuva around Veraval and Diu region as a Severe Cyclonic Storm, with wind speed 110-120 kilometres per hour gusting to 135 kilometres per hour during early morning of June 13," the bulletin said.

The India Meteorological Department has issued a warning of heavy rains and high winds, at a speed of over 110 kilometres on June 13 and 14 in coastal areas of Saurashtra and Kutch.

The Gujarat government is on high alert. It deployed National Disaster Response Force (NDRF) personnel in the coastal areas of Saurashtra and Kutch on Tuesday morning.

It has advised fishermen against venturing into the sea in the next few days, while ports have been directed to flag a danger signal.