About 15 Lakh seasonal labourers come from Uttar Pradesh and Bihar to Punjab and Haryana in the procurement season, in the week between end-March and April beginning. This year there is not a single person from these states. 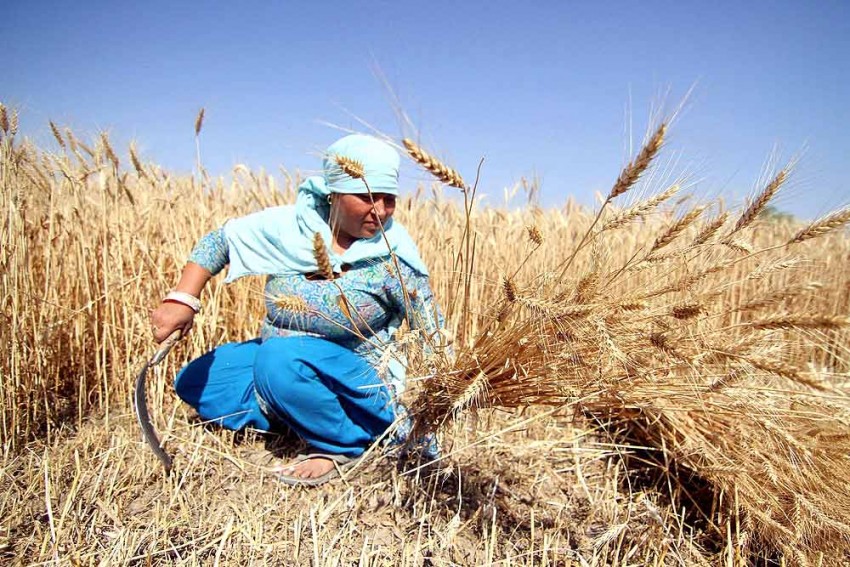 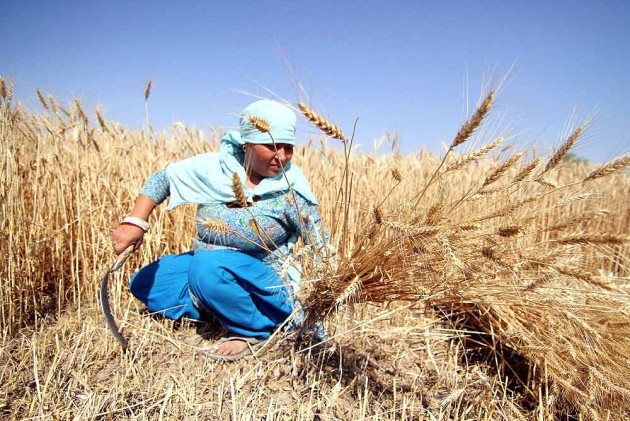 outlookindia.com
2020-04-08T21:42:02+0530
Punjab and Haryana expect a bumper crop of wheat this year. But due to the coronavirus outbreak there is uncertainty among farmers about harvesting and trading of wheat. Wheat harvesting in the Rabi season usually begins in the first week of April and government agencies starts procurement around then. But this year harvesting has been delayed due to incessant rains. Farmers are likely to wait until 10 April to begin work on their fields. Punjab has announced it will begin procurement on 15, April and Haryana  a little later. This year procurement season has been extended by the state government till mid-June.

Punjab has to come out with Standard Operating Procedures (SOPs) for procurement and scale up the number of purchasing centres to 4000. It will have to under tight security and safety measures. Payments for procurement are released to the Aarthiyas (commission agents) within 48 hrs and they in turn make the same to the farmers within two days. Punjab government has secured a CCL (cash credit limit) of Rs 23,000 crore.

Farmers are being encouraged to use combine harvesters for the entire process. Although wheat is less labour intensive compared to the paddy farmers in Punjab and Haryana will have to manage harvesting on their own without the help of labourers from outside. Most migrant labourers returned to their home states, and seasonal labour from Uttar Pradesh and Bihar not coming in, because of the lockdown. "Add to this the fact that farm activity will lead to a serious breach of social distancing, putting farmers at a risk of coronavirus infections. It will be very difficult year,”says Dr. R.S. Ghuman, an agro expert at Centre for Research in Rural and Industrial Development, Chandigarh.

About 15 Lakh seasonal labourers come from Uttar Pradesh and Bihar to Punjab and Haryana in the procurement season, in the week between end-March and April beginning. This year there is not a single person from these states. “There are two kind of labourers, the permanent ones stays in the farm through the year and help in sowing and harvesting. Then there is the seasonal migrant labourers who come during procurement and are used in government-run mandis where farmers take their harvested crop," says Vijay Kalra of Aarthis Association Punjab. Meanwhile, the Punjab government has claimed there is no shortage of labour, with 14.2 lakh workers available to join the operations.

The situation is even tougher in Haryana, which unlike the largely mechanised Punjab, is highly labour dependant. "Outside labour is used in almost 30 per of of the farms in Haryana," says Balbir Singh Rajewal, president Bharatiya Kisan Union-Rajewal. "They are also used to store wheat husks for the year as animal fodder," he says.

But both the states are alive to problems staring at them. To maintain social distance, ground space at the mandis in Punjab are being divided into 30 by 30 feet areas for heaps of 50 quintals of wheat. Every day, one-third of the farmers in an area will be issued coupons, with holograms and the number of the trailer which will be allowed to bring in the produce on that day. "Police personnel will be deputed at all the centres to maintain order," says Dinkar Gupta, director general of police, Punjab. Adequate force would be deployed and nodal officers will be appointed for proper coordination. Adds Manoj Yadav, director general of police, Haryana: “Conditional permission would be granted to the farmers, combine harvester drivers and labourers to harvest wheat while maintaining distance in the farms too."

"The state will have a staggered procurement in mandis," says Vishwajeet Khanna, additional chief secretary, Punjab. "We are devising a method by which only a limited number of farmers will be allowed to bring their produce to the mandi on any given day," he says. Adds Anurag Aggarwal, health secretary, Punjab: "Mandis will be protected from Covid19. Farmers and labourers will be checked for symptoms, masks would be made compulsory and multiple hand washing arrangements shall be set up in each Mandi. All trucks and combines harvesters going from one village to the others would be required to be cleaned regularly."