The deadly virus has spread across the world, emerging as one of the biggest threats to humans while killing thousands and crippling the economy. 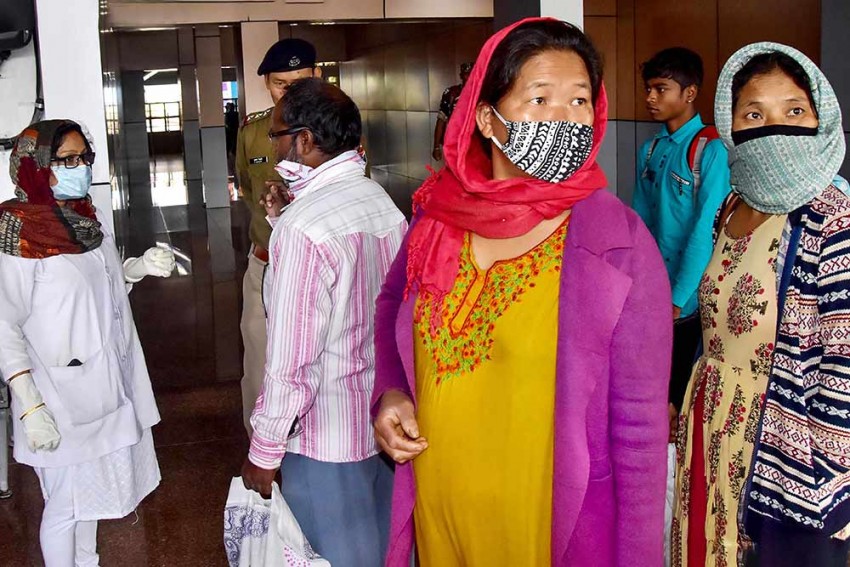 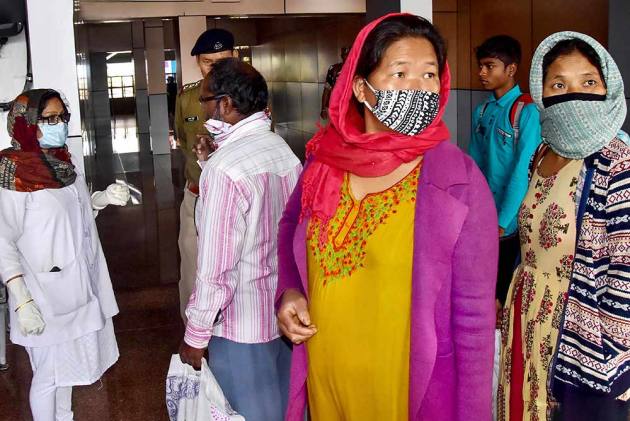 The fast spread of Coronavirus across the world, killing thousands and paralysing economies, has alarmed everyone, including India where cases are increasing each day. After five new cases of the novel coronavirus being reported from Kerala on Sunday, the total number of COVID-19 cases in India stands at 43.

The government has stepped up efforts to combat it with Prime Minister Narendra Modi directing officials to identify places for sufficient quarantine facilities and make provisions for critical care.

At present, there are at least 16 Italian nationals in India, who tested positive for the disease. Other cases in the country have been reported from Agra, New Delhi and Gurugram.

Many states cancelled official functions to celebrate Holi and took several preventive measures to check the spread of coronavirus. Schools have been closed to prevent the virus spread in Delhi, Jammu, Leh and other places.

Death toll in China, the origin place of the virus, has finally slowed down after over 3000 lost their lives. China reported 22 new deaths on Monday and the lowest number of fresh cases since it started reporting the data in January.

However, the deadly virus, which has fast spread to other countries, is now wreaking havoc in countries like Italy, South Korea, Iran and the US.

While around 15 million people under lockdown in Northern Italy, after death toll shot up from 133 to 366 on Sunday, life has come to a standstill there.  Iran has also reported 194 deaths with more than 6,000 confirmed cases. The Indian government is trying to evacuate Indian nationals who are under virus threat in Iran.

8:25 PM: IT professional who returned from US tests positive for Coronavirus, says Minister K Sudhakar.

8:10 PM: A Hoshiarpur resident, who returned from Italy last week, has been tested positive for coronavirus afflictions, becoming the first such case in Punjab, an official said here on Monday.

17:31PM: The number of cases of novel coronavirus worldwide has crossed 110,000 people in 100 countries and territories with more than 3,800 dead.  The landmark figure came after Iran reported almost 600 new cases on Monday morning, taking its total number of infections past 7,000.

15:12PM: "States have been asked to form early rapid action team to deal with coronavirus," said Union Health Minister Harsh Vardhan. He added, "We are sending detailed guidelines to all states on ways to contain coronavirus."

The Health Ministry has pegged the number of confirmed cases at 43 as of today.

15:05PM: A 68-year-old man with symptoms of coronavirus infection has been admitted to Nashik district civil hospital in Maharashtra, doctors said.

The person, who hails from Vashi in neighbouring Navi Mumbai township, went to New Zealand on December 29 last year and returned to Mumbai on February 29.

Glimpses of Delhi Airport taking precautions to stay safe and keep #coronavirus away from our doorstep. Now is the time to prepare for COVID-19. Simple precautions and planning can make a big difference.#coronavirusindia #Coronavid19 pic.twitter.com/EfxUgZpDZv

13:20PM: Qatar Bans Entry of Indians | Qatar has temporarily banned entry of people coming from India and 13 other countries in the wake of coronavirus outbreak.

12:40PM: External Affairs Minister S Jaishankar arrived on a surprise visit to Kashmir on Monday and interacted with families of students whose children are stranded in Iran amidst coronavirus scare.

12:05AM:  The Health Ministry cases of coronavirus in India have risen to 42, with one case each reported from Delhi, Uttar Pradesh and Jammu and Kashmir. The ministry is yet to confirm the case of a three-year-old in Kerala, who has tested positive as per state officials.

11:55AM: All Schools in Leh district upto the primary level will remain close till 31st March 2020 as a precautionary measure, officials said.

11:50AM: Close Watch For Virus Cases In J&K | At least 400 people under surveillance in Satawari and Sarwal areas of Jammu district. Anganwadi centers in these areas are also closed till March 31, says J&K administration's spokesman.

Primary schools have been closed in Jammu and Samba districts along with four districts in Kashmir.

11:00AM: A patient, who was admitted in Sonam Nurboo Memorial (SNM) Hospital in Ladakh and died on Sunday, is supected of having coronavirus. The patient had travel history to Iran. The medical reports of the 78-year-old is awaited.

10:50AM: A 50-year-old man has been tested positive for the deadly coronavirus in Karachi, Pakistan, taking the total number of the COVID-19 infections in the country to seven.

10:30AM: First Confirmed Case In J&K | A 63-year-old woman tested positive for coronavirus in Jammu, making her the first confirmed case in Jammu and Kashmir. The woman, who had a travel history to Iran, was among two patients who were declared "high viral load cases" by the administration on the weekend.

10:20AM:  A three-year old child has tested positive for coronavirus in Kerala, state officials said. The total number of confirmed cases has risen to 40 with this.

9:20AM: Asian markets plunged on Monday amid fears over the coronavirus outbreak. Tokyo stocks were hit heavily hit at the open over virus scare and around 20% plunge in oil prices, with the dollar down against the yen. In India, Sensex was at 36,445.47, down by 1131.15  points while Nifty stood low at 10,704.

Just after markets opened, crude prices briefly dropped as much as 30 per cent before gaining back some ground -- the biggest fall since the Gulf War in 1991, Bloomberg said.

9:00AM: AMU Postpones Exams | The Aligarh Muslim University (AMU) in Uttar Pradesh has postponed all examinations of the distant learning courses for students in Aligarh, Kerala, Murshidabad (West Bengal), Kishangarh (Bihar) and Delhi due to fears of the novel coronavirus. The examinations were slated to begin from March 15.

8:30AM: Several embassies in North Korea closed Monday as many diplomats were flown out following weeks of tight quarantine restrictions imposed by Pyongyang in the wake of the coronavirus outbreak.

North Korea has not confirmed any cases yet. However, it has still imposed strict rules, including closing its borders and putting thousands of its own people into isolation.

8:00 AM: A diabetic man died in the isolation ward of a hospital in West Bengal's Murshidabad district on Sunday, a day after he was admitted there with suspected symptoms of coronavirus (fever, cough and cold) following his return from Saudi Arabia.