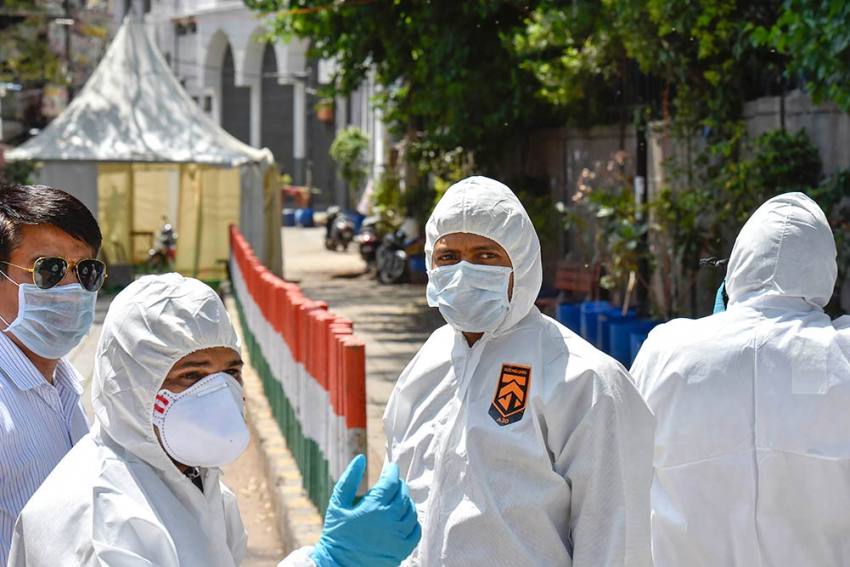 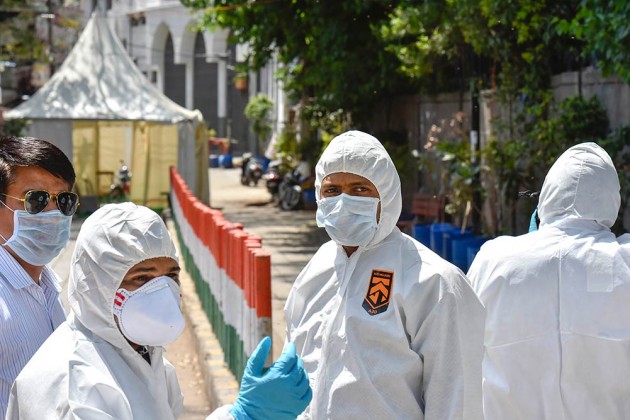 Out of the over 4,000 cases of coronavirus, at least 1,445 have been found to be linked to the Tablighi Jamaat congregation in Delhi, the Union health ministry said on Monday.

The ministry's updated data came a day after it said the rate of doubling of COVID-19 cases in India accelerated to 4.1 days from the previously estimated 7.4 days due to the Jamaat event held in Nizamuddin West last month.

Joint Secretary in the ministry Lav Agarwal at a press conference around 4 pm said there had been 693 new COVID-19 cases and 30 deaths since Sunday.

According to an updated evening tally of the ministry, the total death toll now stands at 111 and the number of cases has climbed to 4,281.

However, The total death toll in India now stands at 118, according to worldometer.

Further, a PTI tally based on figures reported by states directly showed at least 129 deaths across the country, while the confirmed cases have reached 4,533. Of them, 344 have been cured and discharged.

According to an ICMR official, there is limited evidence on the efficacy of hydroxychloroquine to deal with COVID-19 cases and therefore, there is not enough proof to advise it for the general public.

UP Police Team Attacked While Trying To Enforce Lockdown In Bareilly