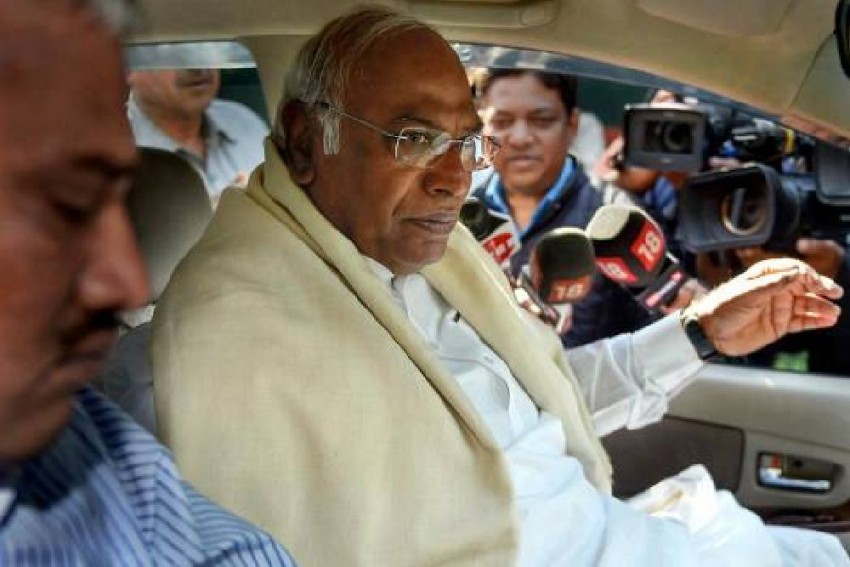 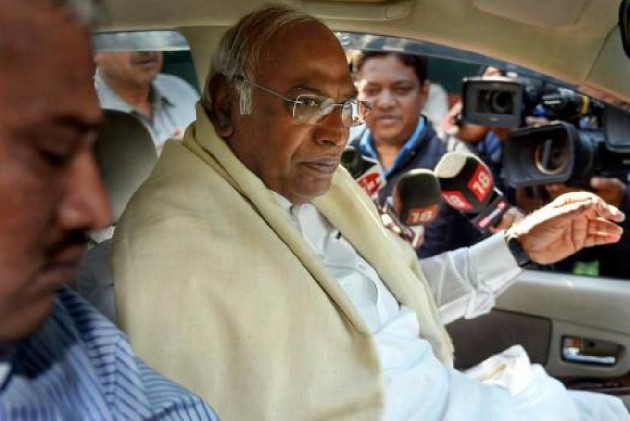 Over two weeks after the Bharatiya Janata Party (BJP) and Shiv Sena failed to break the Maharashtra logjam over the government formation, Congress on Sunday swung into action with senior leader Mallikarjun Kharge met new MLAs and discussed the political situation.

Kharge, who is the All India Congress Committee's (AICC) generally secretary, met the legislators informally to ascertain their views on what stand the party should take about government formation in Maharashtra, senior congress leader Manikrao Thakare told PTI.

"Kharge will then convey the sentiments of the legislators to the party leadership," Thakare said.

All 44 MLAs, including senior leaders like Ashok Chavan, Prithviraj Chavan and Balasaheb Thorat, were staying at the resort in the Congress-ruled Rajasthan amid fear of "poaching" given the stalemate over government formation in Maharashtra.

"Maharashtra's Governor should invite NCP-Congress - the second largest alliance - to form the government now that BJP-Shiv Sena has refused to do so," Deora's tweet read.

Governor Bhagat Singh Koshyari on Saturday invited the Bharatiya Janata Party (BJP) -- the single-largest party -- "to indicate the willingness and ability of his party to form the government in Maharashtra".

Governor Bhagat Singh Koshyari on Saturday evening asked the BJP, the single largest party in the new Assembly, to "indicate the willingness and ability" to form government in the state.