Kamra was banned by India's largest airline for six months on Tuesday for allegedly harassing Goswami on the Mumbai-Lucknow flight. SpiceJet, GoAir and Air India also imposed a similar ban on Kamra without specifying any period. 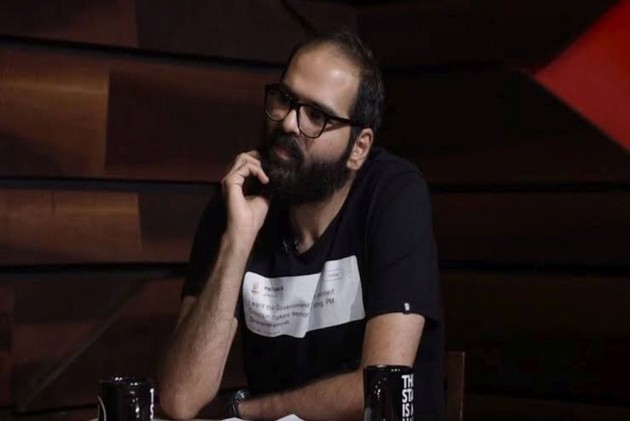 Days after IndiGo banned Kunal Kamra for a six-month period for allegedly heckling journalist Arnab Goswami on a flight, the comedian has sent a legal notice to the airline demanding an unconditional apology, revocation of the ban and Rs 25 lakh compensation.

In a legal notice sent to the airline on Friday, Kamra's lawyer asked the airline to "pay compensation towards my client in sum of Rs 25 lakhs on account of the mental pain and agony suffered by my client as well as losses incurred on account of cancellation of his scheduled shows and programmes in India as well as aborad on account of adoption of a totally illegal, arbitrary and high-handed procedure which is against the extant DGCA CAR (regulations)".

PTI did not receive a response from IndiGo when asked about the legal notice.

Kamra was banned by India's largest airline for six months on Tuesday for allegedly harassing Goswami on the Mumbai-Lucknow flight. SpiceJet, GoAir and Air India also imposed a similar ban on Kamra without specifying any period.