Parents who are still waiting to adopt feel that the need for multiple stakeholders including Center, States, CARA and PaPs to come together has made it complex. 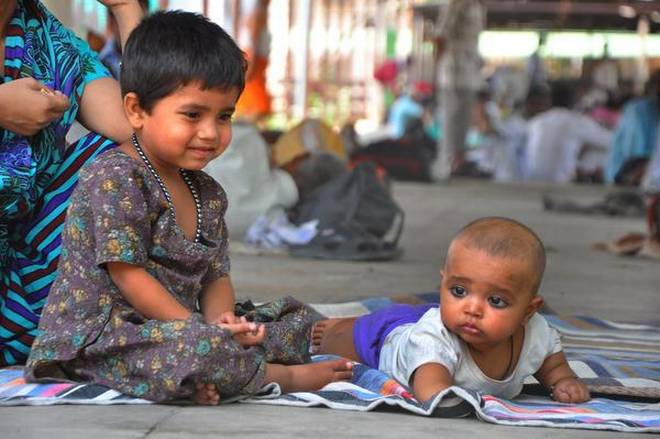 Through a case study Outlook looks at the difficulties of adoption of a few hours old abandoned infant and how the child was transferred as a property to the adoptee parents.

Do you know that in a country of one billion the average waiting time to adopt a child via legal route is three years? Delays in the adoption process is an issue side-lined by the government. Parents who are still waiting to adopt feel that the need for multiple stakeholders - Center, States, CARA and PaPs (Prospective Adoptive Parents) to come together has made it complex. Considering that it impacts children languishing in the CCIs on one hand and PaPs on the other, who wait endlessly to adopt children through legal routes, a group of 300+ PaPs (collaborating under the aegis of Adoption Action Group) have signed and sent a letter to the Ministry of WCD to fix these issues.

Adoption Action Group (AAG) founded by Parul Agarwal, a communication professional and a PaP registered with CARA to bring together and unite the adoptive community in India to voice their concerns about the loopholes in the adoption system. While there are many advocacy groups and counselling forums on parenting that talk about child rights and adoption as a subject, this is the first group dedicated to the cause of adoptive parents and the struggle they go through on adopting in India.

AAG, does not represent any non-profit or an organisation, it is a collaborative of PaPs and adoptive parents who are together for the cause of adoption. It has people from all walks of life. With 26,000 PaPs (RTI response) waiting to adopt, the number of children adopted in the 0-5 age group last year is less than 3200. This year in the last eight months less than 1800 children have been placed with PaPs in 0-2 category (RTI response). In addition to this, the country has an extremely limited number of government bodies to bring more children into the adoption pool — 486-Specialised Adoption Agencies (SAAs), 642- District Child Protection Units (DCPUs), 5810- Child Care Institutions (CCIs). This has a direct impact on the families and parents who choose to create a family via adoption. In addition to this lack of response from CARA and information gaps make it difficult for the PaPs to sustain their journey. Ultimately, the system is not only discouraging those who are keen to adopt but adding onto the dangers of illegal adoptions.

The procedure of adopting an abandoned kid is that he or she will be rescued by police and the child will reach CWC. It’s a huge procedure which involves a lot of paperwork. Once the child is in CWC it takes three months to do the paperwork. Three months is the minimum time and a lot of children get stuck in this three months’ time. Once the child is fit to adopt then he or she comes into the CARA pool. Though it appears to be a fairly simple process, the problem is every step takes a lot of time.

Sunayna Chatterjee (name changed), a journalist from Noida narrating her story of adopting her daughter says, “It was a particularly cold night in 2018 in Delhi. There was a cold wave that was sweeping us. I was working with a newspaper at that time. It was a Saturday and a sparsely populated newsroom when I got a call from a source from a prominent government hospital in Uttar Pradesh. That hospital has been stung by a series of corruption charges and since I used to work for a television channel before, so my source called me to say that there was something amiss and he mentioned that an act of child being sold off is happening and he thought that the only way to save that little child would be if I arrive there with my camera to scare off the deal from going through.”

Sunayna was in charge of a bureau then and she couldn’t move out from her office till the time the newspaper went to bed. “My source called me up again and mentioned that the child in question was not even twenty-four hours old. Now that got me thinking. I told my husband and a few of my friends who were home to scare the birth parents and the dealers to save the child. My friends managed to go to the hospital and managed to stall the deal at that point of time. But they had to put in a lot of effort to dissuade the parents from selling the child. The parents agreed and we had to promise them that we would go back the next morning and tell them that we would help them out.”

It was a desperate situation for the parents as well. Sunayna adds, “While I have no sympathy for such people, the reality and the fact of the matter is that this was their fourth girl child and extremely impoverished family who were barely able to put food on their plates. So, another girl child would add to their woes. They were in a state of penury and it was very obvious that they could add another child to their brood.”

Sunayna and her friends went back to the hospital the next day and managed to convince the parents and put them up at a hotel nearby and started looking for options as to how they could save the little girl. There were only three options in front of them, one was to leave the child at the police station and by that time the child was over twenty-four hours old. Second option was to leave the child outside at a nearby orphanage, but the child wouldn’t survive because it was a very cold day and she was just a new-born baby. The third option was under CARA provisions, we would have to fly the child to Kolkata and take her to the Missionary of Charity and hand over the child to the sisters there.

By this time, Sunayna had actually seen the child and she was so touched to see the little baby whose life was hanging by a thread. She says, “My husband and I made a decision then and there that we would bring her home as our daughter whatever the challenge is. Then started the tedious procedure of adopting the child and we started calling the top legal lawyers of India to the lowest ranking magistrate court and I am actually sorry to report that nobody knew the actual process because adoption in India continues to be a state subject so therefore the rules change from state to state and to be honest most of the top legal minds in India are not even bothered with this.”

Sunayna and her husband called up CARA and were amazed at the apathy of the person who was the senior most officer there. She states, “He just offered no help and he said that it is best that we don’t get into all of this because of our own safety and that we are busy people and we should just move on. Finally, I called my maternal uncle who is a judge and he got one of his people to work extensively on the case and by evening we got in touch with a lawyer at the UP-magistrate court which is nearest to my home. The first clause of the legal procedure was that we needed a CARA approval within 24 hours. The next step was handing over custody under the juvenile justice Act, we had to show that the birth parents are financially and mentally incapable of raising the child and therefore the transfer of the child is happening. It was heart-breaking to see that the child was being transferred like a property.”

They had to then shell out a lot of money to get the court papers going and at the end of the day Sunaynan and her husband got their daughter home. The judge at the family UP court had scant regard for adoption. But the senior lawyers at the Supreme Court and the Bombay High Court ringfenced the case. Sunayna’s daughter is now three and a half years old and she wanted to keep her identity a secret simply because under Indian laws there is a direction that you cannot tell your child that she is adopted before she turns five.