Sudhanshu Dhar Mishra, who was Superintendent of Police (SP) of Banking and Securities Fraud Cell of CBI, Delhi, was transferred to CBI's Economic Offences Branch in Ranchi, Jharkhand. 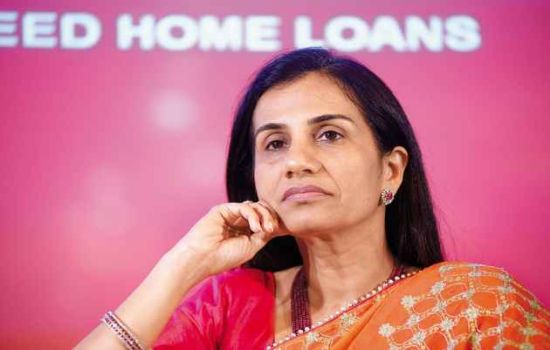 The CBI has transferred the investigating officer in the ICICI Bank case as its "discreet inquiry" suggested his role in leaking information related to searches, officials said Sunday.

Superintendent of Police Sudhanshu Dhar Mishra was transferred to Ranchi, a day after filing the FIR in the case against former ICICI CEO Chanda Kochhar, her husband Deepak and Videocon group MD Venugopal Dhoot on January 22, they said.

The agency had carried out searches at multiple locations after the charge of the case was given to new Investigating officer Mohit Gupta, they said.

Justifying the transfer, the CBI pinned the blame on Mishra for keeping the preliminary enquiry pending without any reasons, they said.

The officials said after review some time ago, the PE wad sped up and was converted into a regular case.

Immediately after the registration of the case, the searches were proposed, they said.

However, it was suspected that there was a possibility of information regarding searches being leaked, the officials claimed.

"A discreet inquiry was conducted and role of Sudhanshu Dhar Mishra was strongly suspected. Hence he has been transferred pending detailed inquiry in the matter, being serious," he said.

Kochhar had quit the ICICI on October 4 last year in the wake of allegations that she had favoured Videocon in the lending processes because the consumer electronics company's founders had invested in a company of her husband Deepak Kochhar.

The CBI filed cases against the three along with some others after conducting raids at four premises in Maharashtra, the investigating agency had said.

Chanda Kochhar had taken over the post of the Managing Director of the ICICI Bank on May 1, 2009.

It is alleged that SEPL was initially incorporated by Dhoot and his associate Vasant Kakade and the ownership of the company was later transferred to Deepak Kochhar by selling the shares of the company to Pinnacle Energy Trust (PET) which was owned by Kochhar.

It was also alleged that Dhoot had invested a large amount of funds in Deepak Kochhar-owned Nupower months after the Videocon group received Rs 3,250 crore as loan from the ICICI Bank in 2012.