Home  »  Website  »  National  »  BJP Will Lose Elections Due To Its policy Inspired By Hatred: Mayawati In Deoband

BJP Will Lose Elections Due To Its policy Inspired By Hatred: Mayawati In Deoband

Addressing the rally in the presence of Samajwadi Party president Akhilesh Yadav and RLD chief Ajit Singh, she said, 'The Congress has failed despite ruling for so many years.' 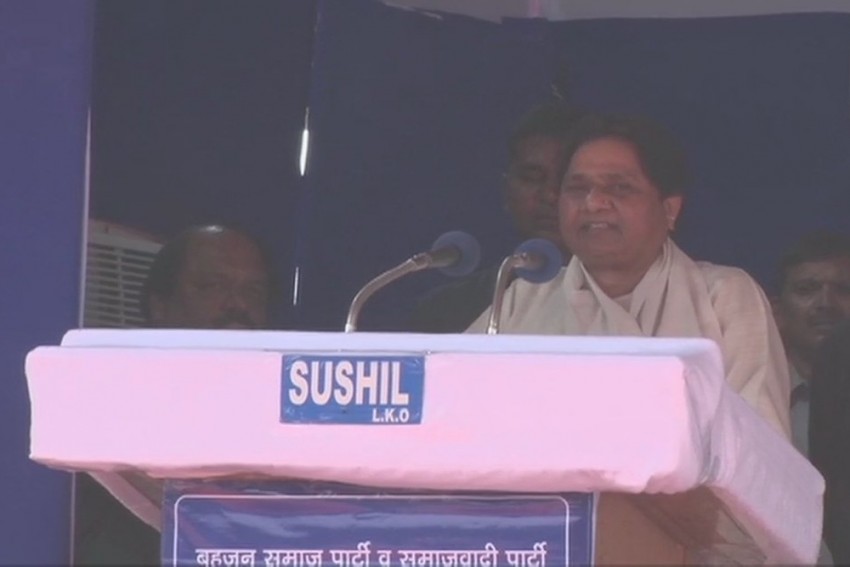 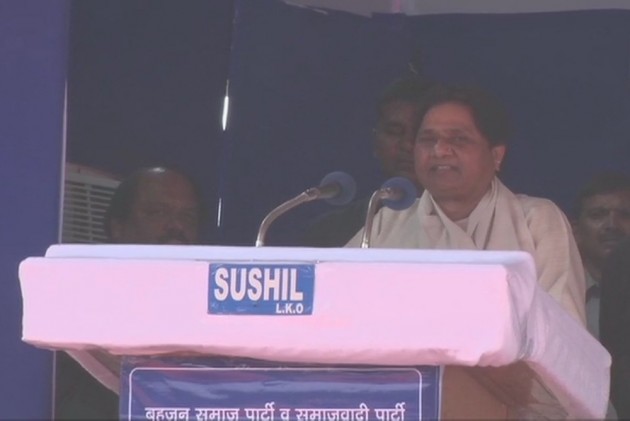 Less than a week before voting for the first phase of elections, BSP supremo Mayawati on Sunday slammed both the BJP and the Congress at the first joint rally with SP and RLD in Deoband.

"BJP will lose this election because of policies inspired by hatred.. especially their "chowkidar" campaign... no matter how much the chhote, bade chowkidars try, the BJP will not win," she said.

Addressing the rally in the presence of Samajwadi Party president Akhilesh Yadav and RLD chief Ajit Singh, she said, "The Congress has failed despite ruling for so many years."

The BSP chief said, "Our government, instead of giving minimum income support, will give employment to poor people. Indira Gandhi too made a 20-point programme to remove poverty, but was it effective?"

She said, "We are silent workers, unlike other parties. Our party performs without making noise, we are silent workers. The Congress too has been making tall claims, haven't they been given enough chances for decades? They were wiped out from several states. The Nyay scheme is not a stable solution for removing poverty."

At the same time, she said the BJP government has been misusing probe agencies.

Mayawati said corruption has increased at every level.

"The Congress was tainted by bofors. BJP government is tainted by Rafale... The BJP government has been misusing probe agencies - CBI, ED - against its rivals. You don't need to give another chance to them. The parties that have already been given enough chances In the election season, political parties use opinion polls to misguide voters. Do not get swayed," she appealed to the voters.

She assured the electorate that if voted to power, farmers will no longer be in debt.

"Sugarcane farmers are suffering in UP... their grievances are being ignored amid empty announcements. When our party was in power, we made sure dues of sugarcane farmers were paid," the former chief minister said.

Mayawati said the BJP's poll promises have still not been fulfilled.

"The ground realities can't be ignored. BJP will keep endorsing its hawa-hawai (lofty) schemes till the poll results are announced. Thousands of crores have been wasted... That's taxpayers money... could be used for the poor...If PM was serious about welfare of poor, they would not have been inaugurating schemes after poll dates were announced... they would have performed in five years of tenure. In the last budget... whatever announcements were made by centre are nothing but empty poll promises," she said.

"Now that BJP is panicking, you should know BJP on its way out... and grand alliance will arrive. After Independence, for a long time Congress and BJP were in power... even in the Congress-ruled states, wrongful practices came to notice... so they eventually lost voter base.