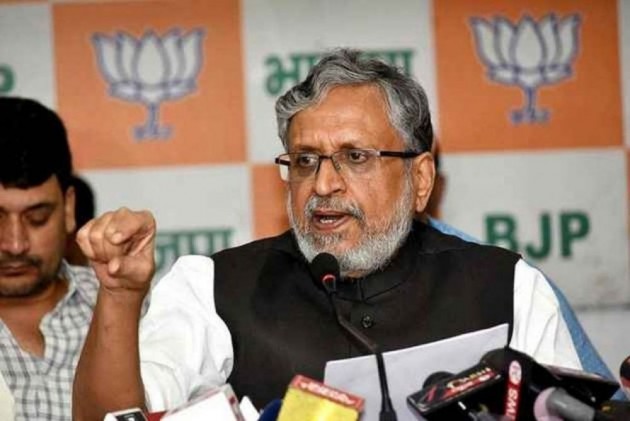 Bihar Deputy Chief Minister Sushil Kumar Modi on Thursday said that the BJP would "gain" in Uttar Pradesh from the entry of Priyanka Gandhi Vadra into active politics, claiming that the move was aimed at "threatening the SP-BSP alliance" with the spectre of a split in votes.

Sushil Modi also sarcastically said that her appointment would bring the alleged corruption scandals against her husband Robert Vadra onto "centre-stage", which would be to the NDA's benefit.

Priyanka Gandhi Vadra: Congress’ ‘Brahmastra’ Who Can Make A Difference

"The BJP is not at all worried. Why should it be when her entry is only going to help us. The Congress has brought in Priyanka with a view to threaten the SP-BSP alliance, with the possibility of a split in their votes. It is a desperate attempt to make Akhilesh Yadav and Mayawati do a rethink on their strategy," Sushil Modi told reporters.

As per the seat-sharing formula, the SP and the BSP would contest 37 seats each in UP, which has a total number of 80 constituencies.

Out of the six that remain, only the Congress citadels of Amethi and Raebareli have been left for the party, while four have been assigned to Ajit Singh's Rashtriya Lok Dal.

"If there is a split in anti-BJP votes, who else is going to gain except the BJP. Moreover, Priyanka would be seen as a representative of her husband Robert Vadra, whose name has cropped up in a number of massive scams. With her entry, the corruption cases against Robert Vadra will once again occupy the centre-stage," the deputy CM remarked.

The younger sister of the Congress chief had until now confined herself to electioneering in the constituencies of her brother and mother Sonia Gandhi.

With her appointment as general secretary for the politically-crucial eastern Uttar Pradesh, speculations are rife that the Congress has adopted an aggressive strategy to confront the BJP.

Eastern UP includes Varanasi, the parliamentary constituency of Prime Minister Narendra Modi, besides other BJP pocket boroughs like Gorakhpur - a seat won by the party seven times on the trotk, until it was lost last year in a by-poll.