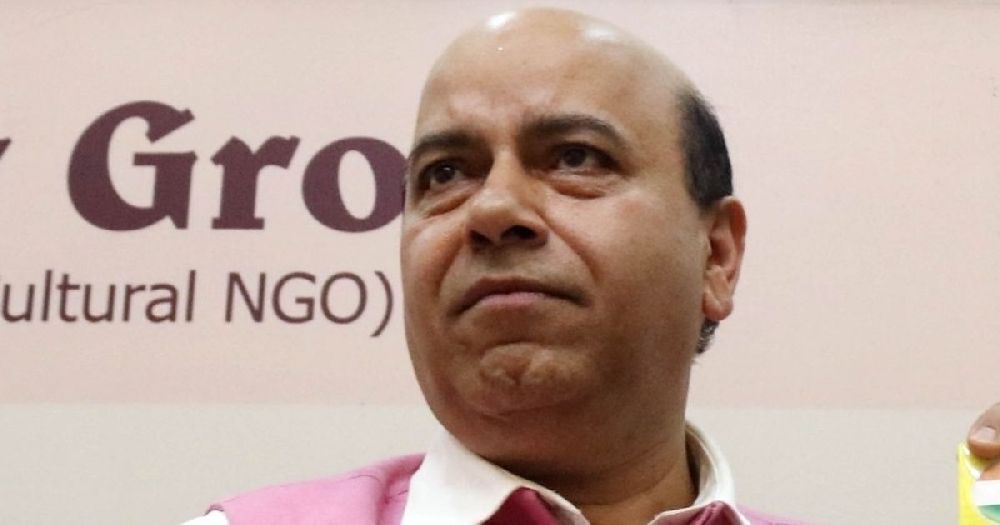 Bharatiya Janata Party leader Vijay Jolly was thrown out of the Asia Pacific Summit, 2019 in Cambodia on Tuesday when he tried to disrupt the speech of Pakistan National Assembly Deputy Speaker Qasim Suri on Kashmir issue.

In a video circulated on social media, Jolly can be seen escorted out by security personnel when he tries to disrupt the speech.

Suri was seen talking about the Kashmir issue and accusing the Indian government of committing human rights violation in the Valley.

An enraged Jolly stood up and objected to Suri's speech, saying "Kashmir is not the issue of this summit...This is not right."

The security personnel then grabbed Jolly and took him out of the conference held in Peace Palace in Phnom Penh, Cambodia.

India has been maintaining that Kashmir is its internal matter while Pakistan has persistently raised the issue at various international forums, more so after the central government abrogated J&K's special status on August 5. Since then, Pakistan has downgraded the bilateral ties with India and raked up the Kashmir issue frequently.