Congress leader Rajeev Satav, who was attending his first session as a Rajya Sabha member after being elected to the Upper House in July, was among the eight suspended MPs. 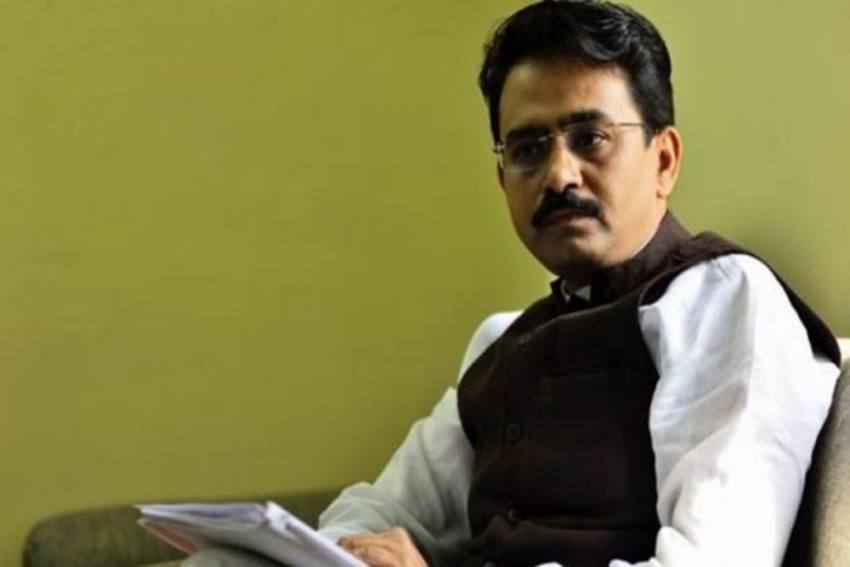 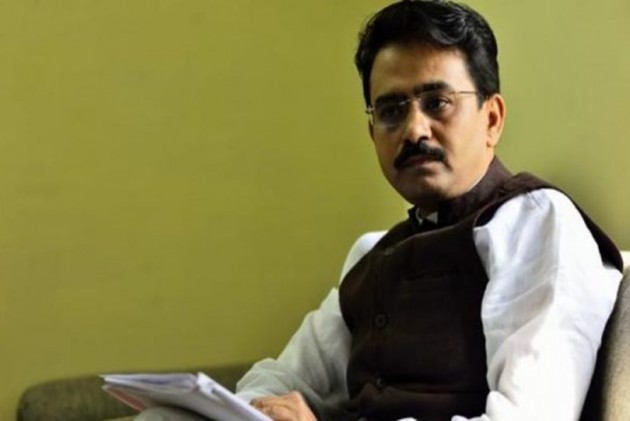 The monsoon session of Parliament was adjourned sine die, seven days ahead of schedule, on Wednesday, in the wake of rising instances of lawmakers testing positive for coronavirus. However, for the short span of 10 days that the Parliament did function, the session gained a dubious distinction for raucous protests by members of the Rajya Sabha against Deputy Chairman Harivansh’s alleged partisan conduct that allowed the Centre to have two contentious agriculture legislations passed amid din on September 20.

The laws were passed by the Rajya Sabha without Harivansh conceding to the Opposition’s demand for amendments or clause-by-clause voting on the two Bills or a division of votes on the legislations’ passage.

The ruckus led to the suspension of eight Opposition MPs for the remainder of the session from September 21 onwards. The suspended MPs immediately went on a sit-in protest within the Parliament complex. Harivansh attempted to end the impasse the next morning by visiting the protesting MPs who had sat in protest through the preceding night. While the eight MPs dug in their heels, a united Opposition decided to boycott what was left of the monsoon session; giving the Centre a free pass to get several legislations cleared by both Houses of Parliament without any real debate or resistance.

Congress leader Rajeev Satav, who was attending his first session as a Rajya Sabha member after being elected to the Upper House in July, was among the eight suspended MPs. For Satav, his suspension from the House will be “doubly memorable and unfortunately for the wrong reasons” – after all, the day he was suspended from the Rajya Sabha was also his 46th birthday.

Satav spent the night sitting in protest along with his other suspended colleagues next to Mahatma Gandhi’s statue in the Parliament precincts while also receiving birthday greetings from MPs and well-wishers who “dropped in to express solidarity”. He spoke to Outlook’s Puneet Nicholas Yadav on what had riled the Opposition about the agriculture laws and why he believes that it is the central government and not the suspended MPs who owe Parliament an apology for the chaos. Excerpts:

Q) Unlike the Lok Sabha, the Rajya Sabha seldom sees the kind of violent protests that were witnessed on September 20. What happened?

The House had taken up the anti-farmer Bills [Farmers’ Produce Trade and Commerce (Promotion and Facilitation) Bill, 2020 and Farmers (Empowerment and Protection) Agreement on Price Assurance and Farm Services Bill, 2020] for discussion. At 1PM, the Deputy Chairman asked for a sense of the House on whether the discussion should continue or be adjourned for a day. Majority of Opposition members wanted an adjournment for various reasons – the debate on the Bills needed more time, amendments to the Bills still had to be moved, the clause by clause voting and division of votes on the legislations would have all taken over two hours. Due to the Covid protocol, the Lok Sabha was to meet at 3PM and the Parliament staff would have needed at least two hours to carry out the mandatory Covid checks before the Lok Sabha members arrived for the sitting. This is why we felt it was best that the discussion in the Rajya Sabha be carried forward to the following day. However, without hearing the Leader of Opposition or any other Opposition leader, the adjournment was denied. We realized that the Chair and the government were working in tandem to stifle the voice of the Opposition and that triggered an angry outburst from us… it was evident that the Opposition will not be allowed to raise concerns on the Bills. The reason for this was obvious – the government simply did not have the numbers to ensure passage of the Bills and wanted to bulldoze the legislation somehow. Even the BJD and YSR Congress MPs were not in favour of supporting the Bills, the Akalis too had decided to oppose. The government got nervous and influenced the Chair. It was murder of democracy and every rule of Parliament was sacrificed by the Chair.

Q) The government has claimed that the Chair wanted to concede to the Opposition’s demands on voting and division but could not do so because all of you were protesting in the Well of the House. Why didn’t you all go back to your seats and make your demands as per Parliamentary protocol.

There can be nothing further from the truth… this is a canard. The Chair was not even willing to listen to the Leader of Opposition who, at no point, was in the Well of the House. You must also look at the record of the MPs who were protesting. Forget Rajeev Satav for a moment, I am a first term Rajya Sabha MP and this was my first session. Do you think a senior MP like Derek O’Brien, who has been a Rajya Sabha member since 2011, will get so agitated without any reason? The entire approach of the Chair was to silence us and let the government have its way. No concessions were being made to the Opposition – we asked the Bills to be sent to a select or standing committee but this didn’t happen; we asked for amendment, for division, for longer discussion but nothing was accepted. The Rajya Sabha chairman and the government later said the suspended MPs can return to the House if they apologise for their conduct. I believe the only ones who need to apologise for what happened are those in government and even the Deputy Chairman of Rajya Sabha.

Q) Shouldn’t the Opposition have begun building public pressure against the agriculture legislations when they were first promulgated as ordinances since you all seem to feel so strongly on the impact of these laws?

The Congress party had made its position against the ordinances clear. Others had protested too. Where we, perhaps, erred was in believing that due Parliamentary process will be followed. We had hoped that proceedings in the Rajya Sabha would be fair. However, the Chair acted as an extension of the government. I would also wish to add that, personally, I believe the Ordinance route for governance is extremely unjust on the people of India who elect MPs to form laws. I have been planning to introduce a private member’s bill demanding a ban on ordinances.  Yes, ultimately the ordinance has to be cleared by Parliament to be enacted. If governments keep introducing Ordinances and then pushing them through Parliament as laws by subverting all procedures, what is the purpose of having any Opposition member in the House? The BJP is trying to take India to a presidential form of democracy and cannot be unacceptable.

Q) The Prime Minister and other BJP leaders claim that the agriculture legislations are a watershed moment in the history of Indian agriculture. They also claim that the Congress manifesto of 2019 promised to repeal the APMC Act and do away with MSP. What then is your objection if the BJP is doing what your party had also promised?

These are complete lies being spread by the BJP to justify flawed legislations and the manner in which they were passed after murdering due parliamentary process. We have always maintained that the MSP is non-negotiable – it cannot be removed. If the BJP is so concerned about implementing what the Congress had promised the farmers in its 2019 manifesto, let it deliver farm loan waiver, introduce a kisan budget, – all of which we had promised our annadatas. The fact is that the BJP’s ideology is anti-farmer. This has been proved time and again right from the first year of the Modi government when it wanted to dilute the Land Acquisition Act brought by the UPA government. They talk about mega projects like bullet train and trade corridors and in the garb of these projects they take away the land of farmers and award them to big corporates. Farmer welfare doesn’t exist in Modi and BJP’s thinking process.

Q) But even P. Chidambaram’s statement on the BJP’s claims says that the Congress had promised repealing the APMC Act and freeing up trade in agriculture produce once farmers were given multiple accessible markets and choice.

The record of the Congress vis-à-vis the farming community speaks for itself. In MP, Rajasthan and Chhattisgarh, we promised farm loan waiver and delivered. In our manifesto, we categorically said that the aim isn’t just karz maafi but karz mukti; we promised a permanent national commission on marginal farmers, agriculture and planning. The manifesto also spoke of setting up multiple markets for farmers across the country and investing heavily in agri-technology. We never said we will remove MSP. If the BJP is talking about our manifesto, let it also bring laws to fulfill all these promises that we had made.

Q) After the Opposition boycotted the Parliament session citing various concerns, the government succeeded in getting several Bills, including controversial ones on labour reforms, passed without any resistance. Did the Opposition score a self-goal? You could have collectively put the government in a corner on other Bills by not boycotting the session.

After what happened with the farm bills in the Rajya Sabha, it was amply clear that the government and the presiding officers in Parliament simply did not want to hear the Opposition. Even without the boycott, I doubt the outcome of the debate on the Bills would have been any different. The only way now is to go to the people; fight alongside the people against the tyranny and dictatorship of this government. Modi has imposed the true Gujarat model on the whole country where only his will, and that of his corporate friends, matters. This has to change because this is now a fight for everything that our founding fathers fought hard to build; this is a fight for every Indian and for preserving the idea of India. The Congress party has already announced a detailed program of nationwide protests and we will keep up the pressure. The Opposition leaders have also urged the Rashtrapati to not give his assent to the agriculture laws.