Union Minister Nitin Gadkari said Kashmir needed more industry and investment to create employment, but Article 370 came in the way of getting land. 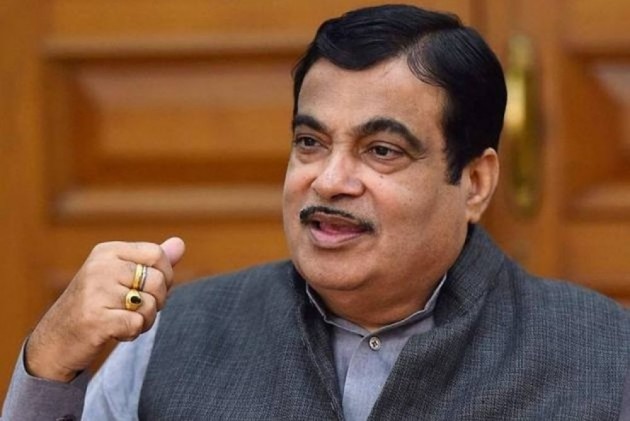 The Modi government did not scrap Article 370, which grants special status to Jammu and Kashmir, because of "sensitive situation" in the state, Union Minister Nitin Gadkari has said.

Senior BJP leader Gadkari, however, maintained that the party is committed to scrapping this special provision in the Constitution.

In an interview to senior journalist Karan Thapar, he said Kashmir needed more industry and investment to create employment, but Article 370 came in the way of getting land.

Asked if abrogation of Article 370 could break the link between Kashmir and other parts of India, Gadkari said the party has been committed to its scrapping, but did not do so despite a full majority in the Lok Sabha due to the situation in Jammu and Kashmir.

"Our party has been committed to abrogating Article 370 for long. But because of the sensitive situation there (J&K), we aren't doing it. We were in power with full majority this time, still we are not going to implement it. However, as far as the party's philosophy, policy and approach to it (Article 370) is concerned, we are firm on it," the minister said, according to the transcript of the interview.

"Because of the sensitive situation, it's not appropriate to implement that. But as far as the party is concerned, for the past many days, it is there," he added.

Article 370 grants special status to Jammu and Kashmir, and the BJP has been for long promising to abrogate it.

Answering another query on Article 370, and annulling of Article 35A, which grants special privileges and rights to the "permanent residents" of the state, Gadkari said: "We need more hotels, restaurants, resorts. We need to increase tourism. But because of Article 370, no one can purchase land there. IT firms can't establish their companies there. And that's the reason people are not getting employment."

When pointed out that land can be acquired from the state government on lease for 100 years, he said that no big hotel companies like the Taj, or the Oberoi were in a position to start a hotel in Kashmir.

"They don't want to expand now. I have held discussions with them. Because there are a lot of legal problems due to this law, they can't construct there, cannot expand. That is the problem," said Gadkari, who holds the portfolios of Roads and Highways, Shipping and Water Resources.

Asked if the situation in Kashmir had deteriorated sharply under the Modi government, Gadkari said, "It is not because of the people of Kashmir. It's because of Pakistan.”

"Again, I want to repeat the same thing. After three wars with us, Pakistan has realized that they can't win against India like that. So they have resorted to proxy war, by supporting terrorists and terrorist organizations, and they are creating problems. Some of the incidents in Kashmir are happening because people of Pakistani origin are coming to Kashmir and creating problem. It is a proxy war," he added.

He said there's a section of people supported by terrorists from Pakistan and the Pakistani government, who want to create trouble.

"And when we fight them, they take shelter behind the Kashmiri people, making it look like a war between Kashmiri people and Indian forces," he said.

Gadkari further said that economic progress of Kashmir was on the party's agenda.

"Actually, in my own department, we have started work worth Rs 40,000 crore in Kashmir. We are building roads, tunnels. The government has taken many decisions to support Kashmiris," he said.