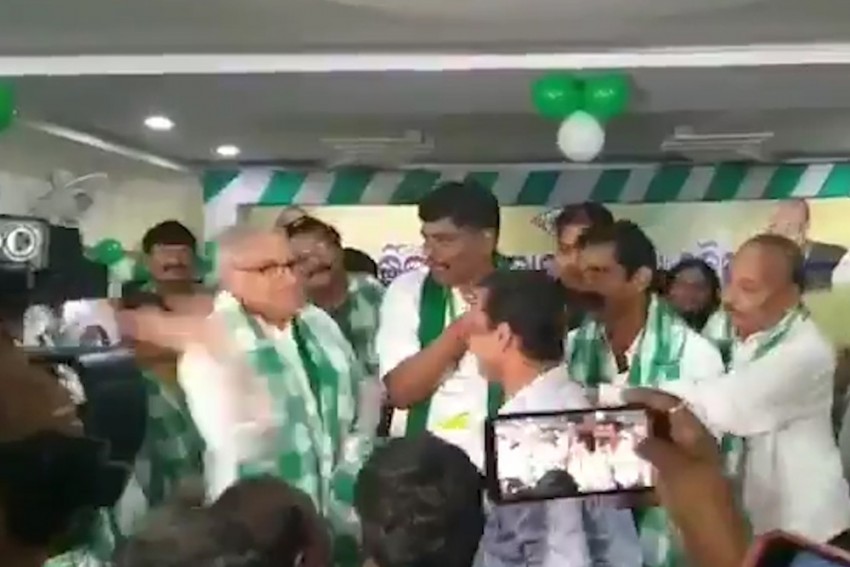 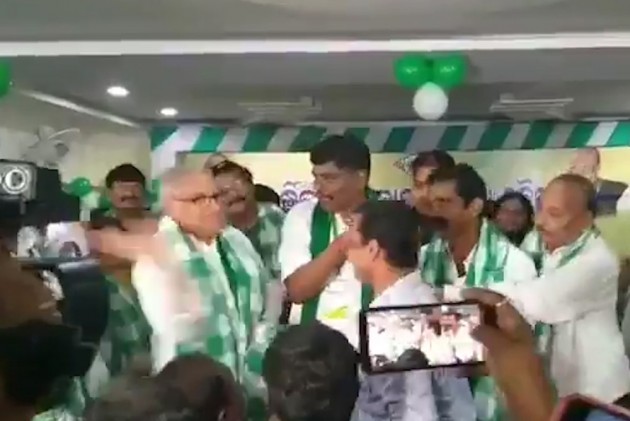 BJD MP Chandrasekhar Sahu on Tuesday was caught on camera slapping a party worker during a meet in Paralakhemundi of Gajapati district in Odisha.

According to sources, Berhampur MP was being felicitated on stage during the BJD's Extended Executive Meeting when he suddenly lost his temper and slapped Sangram Sahu who has recently joined the party.

The incident took place in the presence of several other party workers and media persons.

The video which was filmed quickly became viral and started doing rounds on social media following which the minister started receiving serious backlash for his behaviour.

BJP general secretary Bhrugu Baxipatra criticised Sahu over the incident and said that the minister's "outrageous" and "shameful" conduct has brought a disgrace to the whole state of Odisha.

Inviting people to join your party and welcoming them with a slap? Is it justified, Mr. Lawmaker?

Seems CM making an futile attempt to give lessons on good etiquette to his workers, leaders and elected representatives.

BJD people are not even taking their leader seriously!!! pic.twitter.com/o1KijhdHIc

It, however, remains unclear why the sitting MP lost his cool on stage which led to the incident.