Bihar Polls, A Daunting Task For Election Commission Amidst Covid-19

Will the Election Commission’s Covid-19 precautions motivate the voters to rise to the occasion and turn out in large numbers at the polling stations, as they have always done in previous elections, to elect a new government? 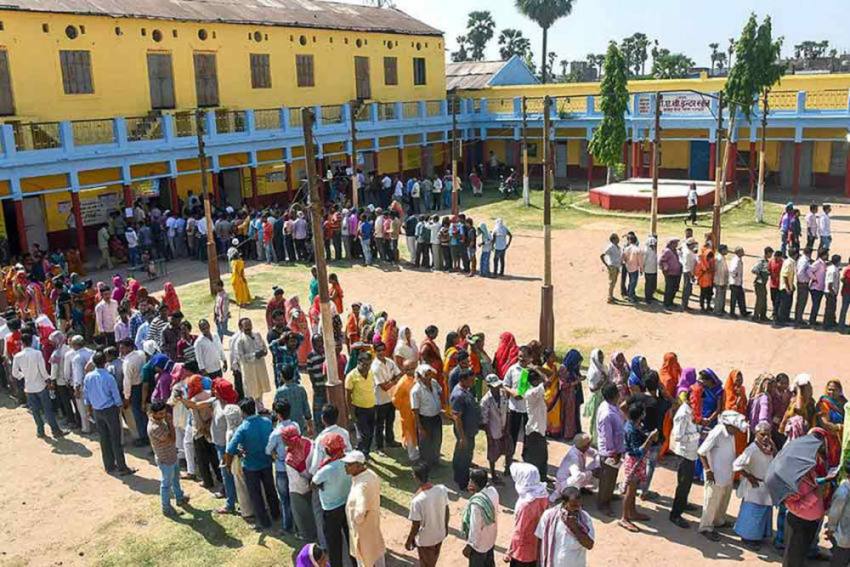 Voters wait in queues to cast their votes at a polling station, during the seventh phase of Lok Sabha elections, in Patna.
PTI File Photo
Giridhar Jha September 25, 2020 00:00 IST Bihar Polls, A Daunting Task For Election Commission Amidst Covid-19 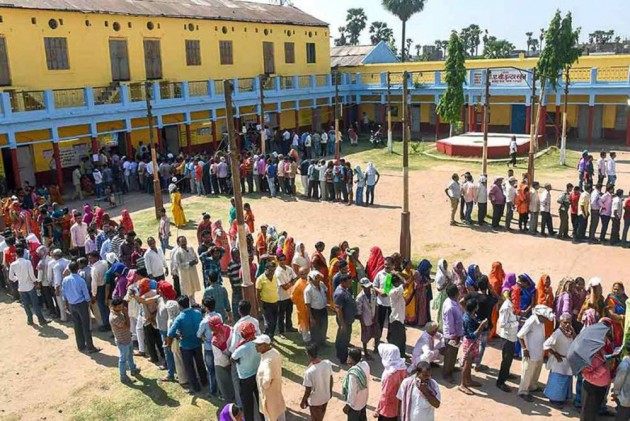 The Election Commission of India (ECI) may have made elaborate preparations for the smooth conduct of Bihar polls in October-November. Its being touted as the biggest electoral exercise in the world during the Coronavirus pandemic, but it remains a challenging task with no relief in sight for the state in its battle against the virus.

The ECI on Friday announced that it has made arrangements for seven lakh hand sanitisers, 46 lakh masks, six lakh PPE kits, 6.7 lakh face shields and 23 lakh pairs of hand gloves to enable more than 7.2 crore voters to cast their votes in the three-phase polling exercise, to be held on October 28, November 2 and November 7. The ECI has also taken several other measures, including extension of polling time by an hour for Covid-19 positive patients and those who will be in quarantine facilities to cast their vote. But the moot point remains: will these measures motivate the voters to rise to the occasion and turn out in large numbers at the polling stations, as they have always done in previous elections, to elect a new government?

Bihar has recorded more than 1.74 lakh positive cases so far out of which 1.59 lakh have already recovered. With an impressive recovery rate of about 91 percent, the state has registered only 878 deaths so far. The number of new cases per day has also come down to about 1,200 cases a day, but there is a lot of scepticism among the common man about the official figures.

Allegations of figures, including the number of daily tests, being fudged by healthcare authorities have been flying thick and fast for some time. It is said that the Covid-19 situation is worse across the state, especially in rural areas, compared to what the official statistics suggest. It is unlikely that the scenario will change dramatically in a month’s time to inspire the voters to throng the booths in large numbers without any sense of fear at the back of their heads. What should be a matter of big concern is that there appears to be a flagrant lack of awareness among the people about the need to maintain social distancing. Large crowds of people wearing no masks can be seen on the roads and the markets in almost all cities of the state.

It will, therefore, be a daunting task for the ECI and the local administration to enforce all the guidelines in the run-up to the polls in a state, which has never seen any election without active participation of a large number of people at every stage, right from the day of filing the nominations to the victory processions after the declaration of results.

Political observers believe that the looming threat of a contagious disease may well have its bearing not only on the campaign but also on the overall turnout. A sizable number of voters, they contend, may prefer to stay away from the polling stations if the situation does not improve in a month.

Since elections are being held in only three phases this time around, unlike six to seven phases in the past, the parties will also have less time to prepare for the polls and finalise the names of the candidates. Unlike the ruling JD(U)-BJP alliance, which has taken to digital media to campaign in a big way to connect with the electorate, the opposition is yet to rise to the occasion.

The RJD-led Mahagathbandhan remains in disarray, grappling with an intense infighting over Tejashwi Prasad Yadav’s leadership. Hindustani Awam Morcha-Secular president Jitan Ram Manjhi has already walked out and joined the NDA, while Rashtriya Lok Samata Party chief Upendra Kushwaha has also made his intentions clear by raising questions over Tejashwi’s leadership qualities. Nonetheless, the opposition alliance has to sort out its differences without further delay since the ECI has sounded the poll bugle now. Even though it had earlier called for postponing the polls in view of Covid-19, the opposition I snow left with no other choice but to put up a spirited fight if it wishes to prevent Chief Minister Nitish Kumar from claiming his fourth consecutive victory. The die is cast. Covid-19 or not, the biggest show in a democracy must go on!

Negative-Positive, The Joys Of Chewing An Apple And Other Covid-19 Stories