The 32 locations where train movement has been disrputed fall under the Delhi, Ambala, and Ferozepur divisions of the railways. 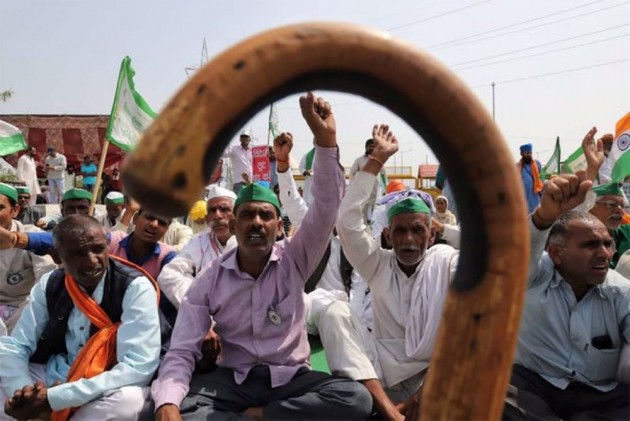 Protesters on Friday squatted on railway tracks at 32 locations across Punjab and Haryana as part of the 'Bharat Bandh' called by farmer unions protesting against agri laws, leading to disruption of rail traffic.

Four Shatabdi trains have been cancelled and 31 other trains detained due to the protests, a railway spokesperson said.

The 32 locations where train movement has been disrupted fall under the Delhi, Ambala, and Ferozepur divisions of the railways.

"As of 9 am Kisan agitators are sitting at 32 locations. Total 31 trains have been detained so far. Four Shatabdi trains have been cancelled," Northern Railways spokesperson Deepak Kumar said.

The Samkyukta Kisan Morcha (SKM) has called for the bandh from 6 am to 6 pm to mark four months of the farmers' agitation at Delhi's three borders -- Singhu, Ghazipur and Tikri.

Thousands of farmers, mainly from Punjab, Haryana and western Uttar Pradesh, have been camping at Singhu, Tikri and Ghazipur borders demanding a complete repeal of the three farm laws and a legal guarantee for minimum support price on their crops.