All you need to know about the lesser-known platform Mastodon and why it is relevant in the controversy that Twitter India is facing. 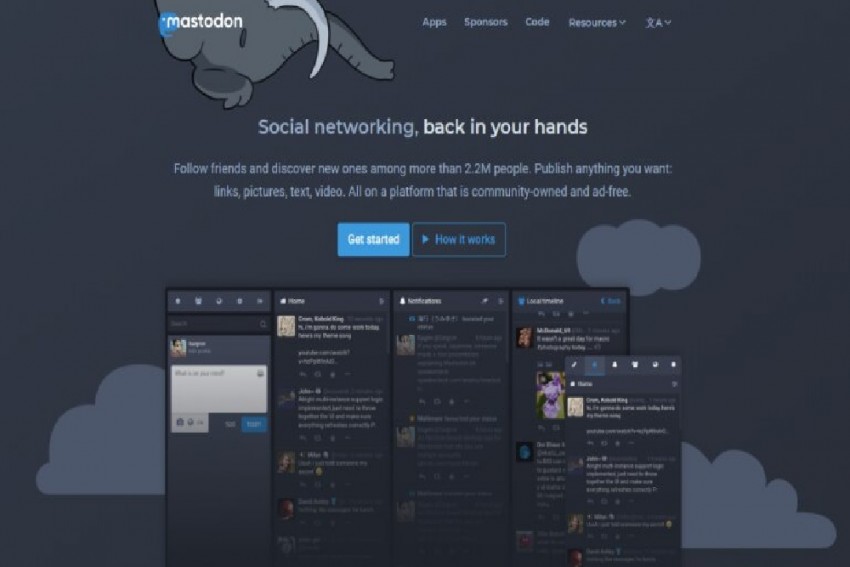 There has been a surge in the number of Indian users switching to Mastodon
Outlook Web Bureau November 08, 2019 00:00 IST 'Better, No Trolls': Why Some Indians Are Boycotting Twitter And Switching To Mastodon 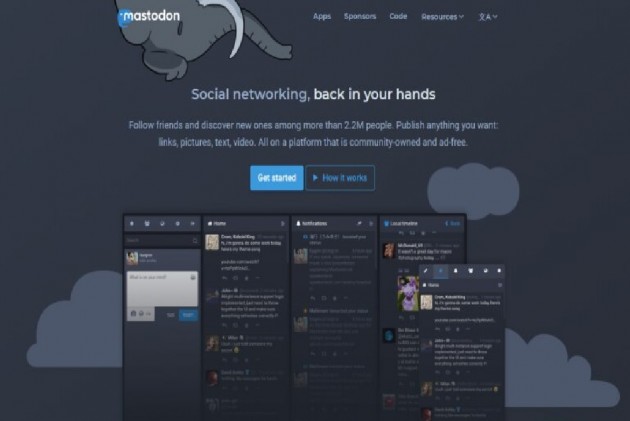 Of late, have you noticed 'Mastodon' trending on Twitter or being mentioned by several activists, journalists and well-known Twitter handles? Here is an explainer to what it is and why it finds a mention these days on Twitter these days.

Mastodon derives its name from an extinct mammal that looked like an elephant. It's a little-known social media platform, much like Twitter (the interface is strikingly similar) but it is an open-source network; that means any Jack and Mark does not control it; it's decentralised. Unlike Twitter, it does not run on a single server. Every server has its distinct set of policies, so whatever set of policies you are comfortable with, you can switch to that server. Like Twitter, you can share photos, videos and words.

But why is Mastodon trending?

It all started with a few posts by Supreme Court lawyer Sanjay Hegde. Remember that remarkable black-and-white photograph of a German worker who stands out as the only person refusing to perform a Nazi salute? Hegde had posted that photo on his Twitter page and Twitter said it was 'hateful'. As a result, Hegde's account was suspended (even Trolls were taken aback).

It was followed by a backlash, with several activists and journalists demanding the restoration of Hegde's account. They accused Twitter of being biased and "censoring speech with political bias", as one user put it. Several users even boycotted the platform for 24 hours.

But Twitter did not restore Hegde's account. The micro-blogging site was then accused of the biased verification process. Several activists with huge Twitter follower base said their accounts were not verified while those who had the lesser followers were verified because they followed a particular political ideology.

What role does Mastodon play in all this?

Users who find Twitter biased and accuse it of being unable to curb hate speeches are switching to Mastodon. The platform has witnessed a spike in new Indian users. Why? Because Mastodon has apparently zero-tolerance policy towards any bias, online hate or trolling. (Imagine a place without trolls!).

After Twitter refused to restore Hegde's account, several users switched to Mastodon for broadly two reasons: as a mark of protest; and to find a new platform where they can agree to a certain set of rules and policies they believe are important to keep trolls away and curb the hate speech.

Time to explore saner, independent options in the social media space..
1. Opened a free account in https://t.co/SVIwxHlsUg 2. Downloaded Amaroq from AppStore. And that’s it! Exploring, so still figuring out... @anivar @mitalisaran pic.twitter.com/vSMoGd5tsP

Mastodon has a user-base of 2.2 million which is like a drop in an ocean. But several users find the platform better, free of hate speech and trolls. Most importantly, it is a generous word limit!

As @twitter & @TwitterIndia has told us that they shall arbitrarily control who gets to speak here & who gets banned, it is time we explore other platforms.

I have made my account on mastodon naukarshah@mstdn.social. Let us remain connected over different platforms. https://t.co/TsF6jnyfCZ

One user, who goes by the name of Dabang Khatoon on Twitter posted a few screenshots of the Mastodon, showing how it works against trolls and hate speech.

You need to move to #Mastodon , one of my trolls followed me there and created 8 handles to abuse me . This is how I was treated by the moderators. And within hours trolls were suspended.

"You need to move to #Mastodon, one of my trolls followed me there and created 8 handles to abuse me. This is how I was treated by the moderators. And within hours trolls were suspended," she wrote on Twitter. Moderators intervening?

Whether or not you want to join the Mastodon is completely your decision.