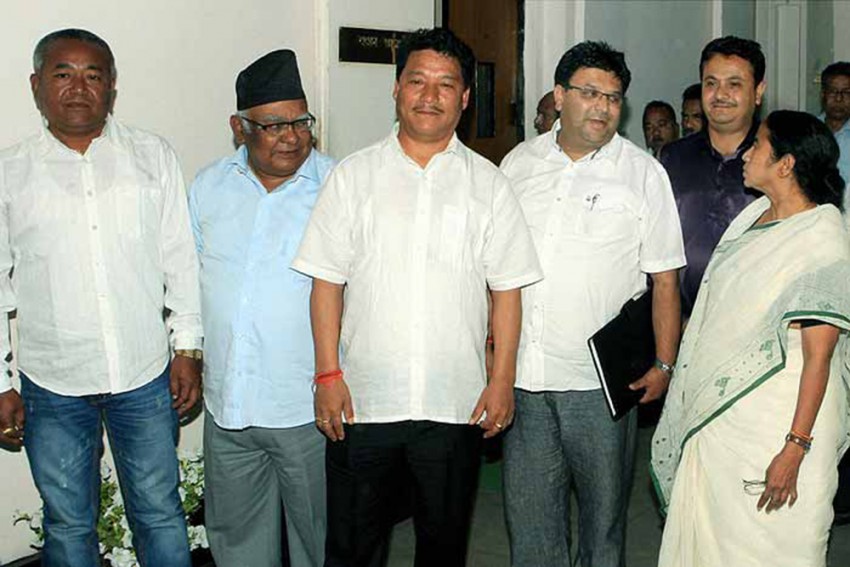 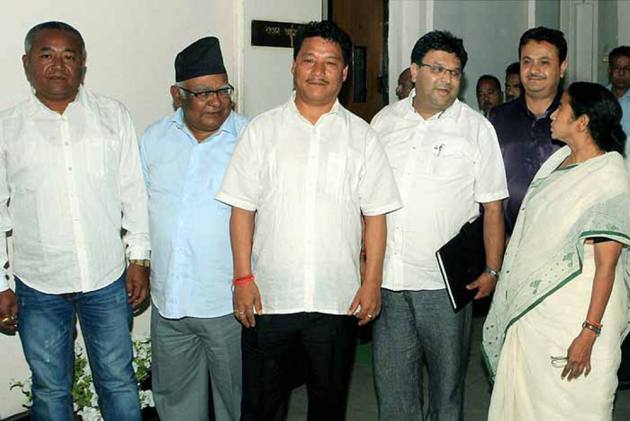 In a significant political development, West Bengal’s “most wanted” Gorkhaland leader Bimal Gurung, who remained a fugitive since 2017, made his first public appearance in the state on Wednesday, only to announce snapping of ties with the Bharatiya Janata Party (BJP)-led National Democratic Alliance (NDA).

“The BJP has not done anything for our demand of Gorkhaland. We are snapping ties with them. In the 2021 Assembly elections, we will join hands with the TMC and fight the BJP,” Gurung said while addressing the media in Kolkata earlier today.

Later the TMC welcomed Gurung. "We welcome Bimal Gurung’s commitment to peace & decision to withdraw support from NDA while reposing faith in @MamataOfficial's leadership. BJP's attempts to use Gorkhaland issue for petty politics & their untrustworthy nature now lay fully exposed before people of Bengal. We're confident that all the key stakeholders in hills, including political parties & GTA along with civil society will work together & join hands with us for the peace & prosperity of our motherland," the official Twitter handle of the TMC tweeted.

We welcome Bimal Gurung’s commitment to peace & decision to withdraw support from NDA while reposing faith in @MamataOfficial's leadership. BJP's attempts to use Gorkhaland issue for petty politics & their untrustworthy nature now lay fully exposed before people of Bengal. (1/2)

Gurung is the key leader of a faction of Gorkha Janmukti Morcha (GJM). It was because of his support that the BJP won the Darjeeling Lok Sabha seat and the Assembly byelection in Darjeeling in 2019.

Gurung is wanted by multiple agencies of the state police, including the special task force and the CID and he has been charged under various sections of the Indian Penal Code (IPC) and the Unlawful Activities (Prevention) Act (UAPA). Since going underground in September 2017, Gurung has been seen very rarely, once in New Delhi and once during the reception of BJP national president Jagat Prakash Nadda’s son’s marriage.

On Wednesday, Gurung appeared outside Gorkha Bhavan in Kolkata in a vehicle. He wanted to address the media from Gorkha Bhavan, which is administered by the Gorkhaland Territorial Administration (GTA), a semi-autonomous body administering the Darjeeling hills. However, he was not allowed to enter the building. Gurung then headed for a hotel, where he addressed the media, accompanied by his long-time companion Roshan Giri.

Though the GTA was created in 2011 as a result of the violent Gorkhaland movement seeking statehood that was led by Gurung since 2007, the GTA is currently run by two GJM leaders heading Bimal Gurung’s rival faction – Binoy Tamang and Anit Thapa.

In the 2019 Lok Sabha elections, the Gurung faction supported the BJP candidate and the Tamang faction supported the candidate put up by the state’s ruling party, the Trinamool Congress (TMC). The BJP’s Raju Singh Bista won by a massive margin of over 4 lakh votes.
The BJP has been winning the Darjeeling Lok Sabha seat since 2009 with the support of Bimal Gurung because they promised to find a permanent political solution for the hills.

On Wednesday, the BJP’s state unit president Dilip Ghosh shot back at Gurung. “He has surrendered before Mamata Banerjee to get relief from police cases pending against him. He wanted to return to the hills. We will watch and see what happens to the police cases against Gurung,” Ghosh said.

Gurung, however, said that he was ready to face arrest. He did not drop the demand for Gorkhaland, which is to be carved out of areas surrounding Darjeeling. Mamata Banerjee has been strongly opposing the idea of bifurcating West Bengal and the TMC has repeatedly targeted the BJP for supporting the statehood movement.

In the hills, Gurung’s rival faction did not celebrate the news. Tamang, who has been fighting Gurung and the BJP joining hands with the TMC, dubbed Gurung “an opportunist”.
In 2017, Gurung and Tamang had expelled each other’s factions from the party, following which both factions have claimed to be the real GJM.

“The GJM can influence the results in at least 10 Assembly segments around the Darjeeling hills. My primary understanding is that it is a setback for the BJP, which may have to lose 10 seats due to this loss of alliance. However, there could be other implications on the larger political narrative. The TMC will have to drop the campaign they were running against BJP branding it as a force trying to bifurcate Bengal,” said psephologist Biswanath Chakraborty, a professor of political science at Rabindra Bharati University in Kolkata.

Chakraborty said that the TMC will also have to explain to the people of the state why they joined hands with a force that they earlier branded as anti-Bengal. “It remains to be seen how the Tamang camp of GJM responds to TMC’s efforts to reinstall Gurung in the hills. Also, I am unsure if the Gorkha people of Darjeeling and its surrounding areas would buy Gurung’s appeal for supporting the TMC. It was because of the public resentment against the state police’s action against the 2017 Gorkhaland movement that people overwhelmingly supported Gurung in 2019,” Chakraborty said.

Gurung and Tamang had a falling out over differences on spearheading the 2017 movement, with Tamang agreeing to hold talks with the state government and lift an indefinite blockade of the hills, and Gurung vehemently opposing the idea.