The fruit sellers on Wednesday threatened to boycott apples from Kashmir if the government fails to take action as people are refusing to purchase them due to these messages. 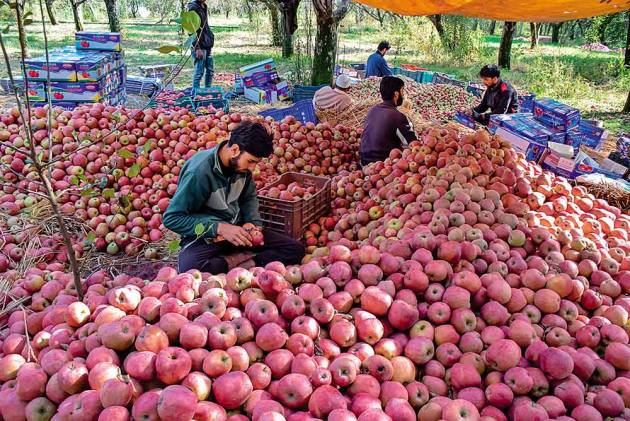 Fruit sellers in Jammu and Kashmir's Kathua district found several boxes containing apples that had been scrawled with messages like: 'We want freedom', 'I Luv Burhan Wani' and 'Zakir Musa come back', prompting police to probe the matter.

The fruit sellers on Wednesday threatened to boycott apples from Kashmir if the government failed to take action against those responsible. They said that people are refusing to purchase them due to these messages.

The fruit sellers opened the apple boxes purchased from the wholesale market in Jammu only to find the messages written on the apples with a black marker.

"The boxes were from Kashmir and the messages were written in English and Urdu," Gupta said.

He demanded that the government and police take strict action against those behind this.

Police meanwhile have launched a probe and met all fruit sellers in this regard.

"We have started an investigation into it," Dy SP Majid said.

The apples also had messages like 'Azadi', 'Go back India-Go back India', 'Mere Jaan Imran Khan' and 'Pakistan-Pakistan'.