Political parties like the Congress, AAP, TRS, DMK, Samajwadi Party have urged their workers to ensure the Bandh is successful 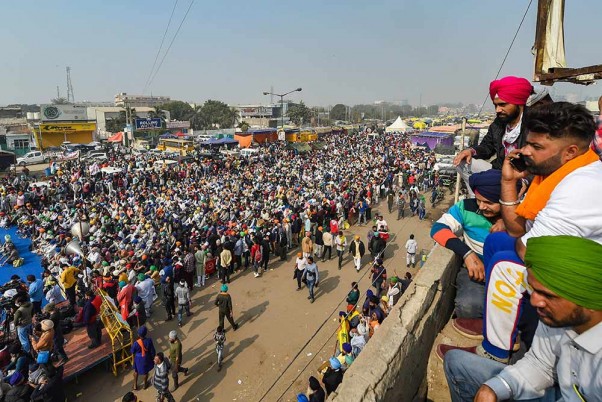 The Bharat Bandh called by the famers unions on Tuesday to protest the Centre’s new farm laws will be joined by Opposition parties like the Congress, NCP, AAP, TRS, DMK, Samajwadi Party, Left Front among others.

Delhi Chief Minister Arvind Kejriwal said that all AAP workers across the country will support the nationwide strike and appealed to all citizens to support the farmers. "The Aam Aadmi Party fully supports the ‘Bharat Bandh’ call made by farmers on December 8. AAP workers across the country will support it peacefully. There is an appeal to all countrymen that everyone should support the farmers and participate in it," Kejriwal tweeted.

The Congress also expressed its “whole-hearted” support for the strike. Congress spokesperson Pawan Khera said, "I would also like to announce that the Congress party extends its whole-hearted support to the Bharat Bandh on December 8. All our district headquarters and Pradesh headquarters will participate in the bandh. They will hold demonstrations and ensure that the bandh is successful.”

The M K Stalin-led grouping appealed to farmers' unions, traders' bodies, government employees' associations, labour unions and others in the state to extend "grand support" to the bandh and make it a success on Tuesday.

Actor Kamal Haasan's Makkal Needhi Maiam (MNM) also extended support to the bandh, with the party founder urging the Centre to heed to farmers' demands. A delegation of MNM functionaries met the protesting farmers near Delhi and assured support to them, Haasan said.

Many transport unions in Delhi have announced to partake in the strike, but a few unions have said that though they support the farmers’ cause, they will not take part in the Bandh on Tuesday.

Rajender Soni, general secretary of Delhi Auto Rickshaw Sangh, and Delhi Pradesh Taxi Union said that many "important" auto, taxi and last mile vehicle driver unions will not join the strike. "We fully sympathise with the farmers struggle and support their demands. But the drivers of autos, taxis and Gramin Sewa and other last mile vehicles have already been hit hard by the Covid-19 pandemic and cannot afford to join the strike now," Soni said.

Chandu Chaurasia, vice president of Capital Driver Welfare Association, said the demands of farmers need to be met by the government but it should not be achieved by causing inconvenience to ordinary people.

But commuters in Delhi may face problems on Tuesday as some auto and taxi unions in the national capital have decided to take part in the 'Bharat Bandh'.

Delhi Taxi Tourist Transporters Association president Sanjay Samrat said in a statement that several unions will join the strike. Representatives of various bus and taxi associations on Sunday visited the protesters at Singhu border to extend their support to them, Samrat added.