Watch: At Pro-CAA Rally In MP, Women Officials Get Assaulted After Thrashing Protesters

The BJP hit out at the two bureaucrats saying 'Hitlerism' would not be tolerated in Madhya Pradesh. 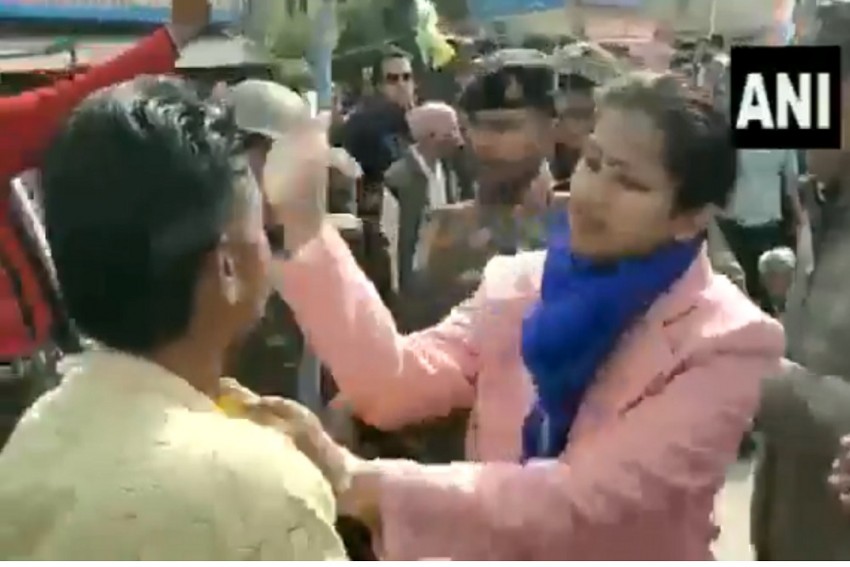 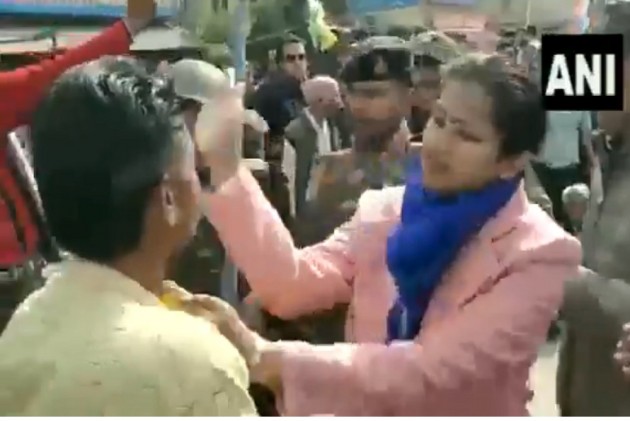 Two women officials, the District collector of Rajgarh in Madhya Pradesh and her deputy, on Sunday took on 'unruly' protesters who defied prohibitory orders to hold a rally in support of the new citizenship law, video clips of which have gone viral.

The rally was organised by the BJP in Biaora town.

Two video clips that have gone viral purportedly show collector Nidhi Nivedita thrashing a man and additional collector Priya Verma taking on some other men who were part of the protesting crowd.

The rally was taken out despite prohibitory orders in place in Rajgarh since Saturday night. The saffron party went ahead with its plans despite repeated pleas to call it off, some officials said.

Additional Collector Verma told PTI on Sunday night that some men from the crowd misbehaved with herself and the collector.

She denied that they resorted to high-handed behaviour, as alleged by the Opposition party in the Congress-ruled state.

"Prohibitory orders under section 144 of the CrPC are in place in the district. While we were doing our duty, a crowd came from the other side and misbehaved with us," she said.

Verma said a man pulled her hair from the back while another kicked her in the waist.

"All that (she taking on some men) happened after it. Despite our requests to the protesters to sit down, they did not pay any heed," she claimed.

Verma denied that police resorted to cane charge to disperse the crowd.

"We have lodged a complaint with the police against two men for misbehaved with us. One of them has been identified as Singh while another is yet to be identified, but we have his picture," she said.

However, the BJP hit out at the two bureaucrats and claimed 'Hitlerism' would not be tolerated in Madhya Pradesh.

"Collector madam, which law book you have read empowers you to beat up and drag citizens protesting peacefully," Chouhan said in a tweet.

He further tweeted that the Congress-led government should hear it clear and loud that "Hitlerism with people of MP would not be tolerated at any cost".

The Kamal Nath government has opposed the CAA passed by Parliament recently.

CAA provides for granting citizenship for Hindus, Sikhs, Buddhists, Jains, Parsis and Christians, who had migrated to India before December 31, 2014. P