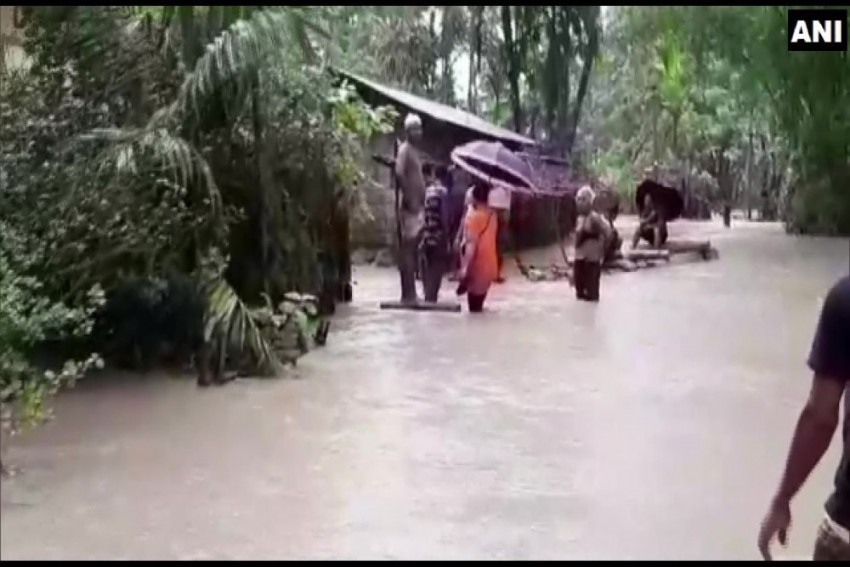 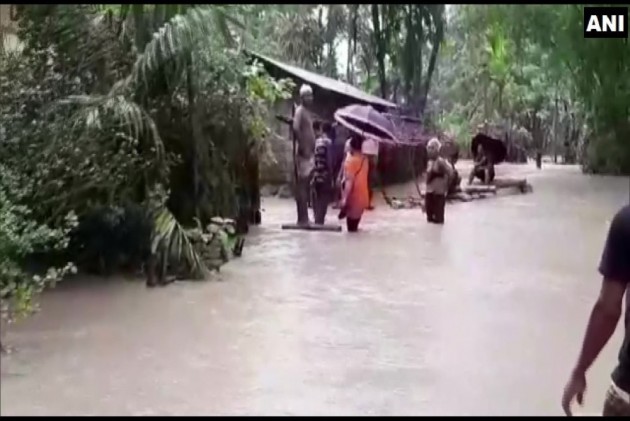 Floods in Assam claimed five more lives on Friday, taking the toll in the state to 80 even as water levels in all the affected districts receded further, an official report said.

Around 27.15 lakh people in 2,078 villages of 17 districts have been affected by the deluge.  Assam's Dhubri and Barpeta districts are the worst affected with over 22 lakh people losing everything, an international hunger relief organisation said.

Of the five deaths, two were from Baksa district while one each was reported from Barpeta, Cachar and Biswanath, the Assam State Disaster Management Authority (ASDMA) said in its report.

Altogether 768 relief camps and 161 relief distribution centres are operational in the 13 affected districts.

Expressing grief over the loss of life and property due to the floods in Assam, Chief Minister Rawat said, "We are aware of the hardships being faced by people in Assam due to recent floods. We can feel their pain."

Uttarakhand stands with the people of Assam at this hour of crisis, he said, adding that Rs 5 crore is being sent to the government of the northeastern state for flood relief measures.

The rivers flowing at danger level are the Brahmaputra at Neamatighat (Jorhat) and Dhubri, the Jia Bharali at N T Road Crossing (Sonitpur), the Puthimari at N H Road Crossing (Kamrup) and the Beki at Road Bridge (Barpeta), the ASDMA said.