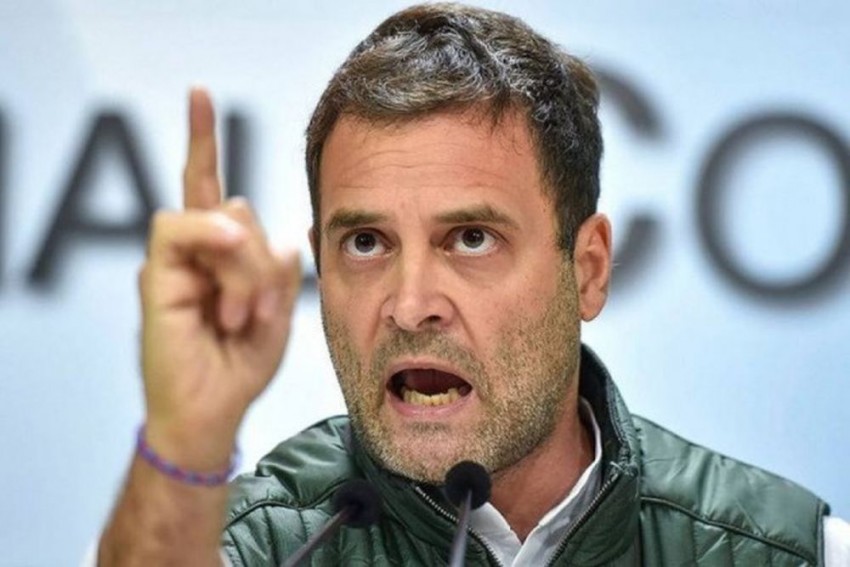 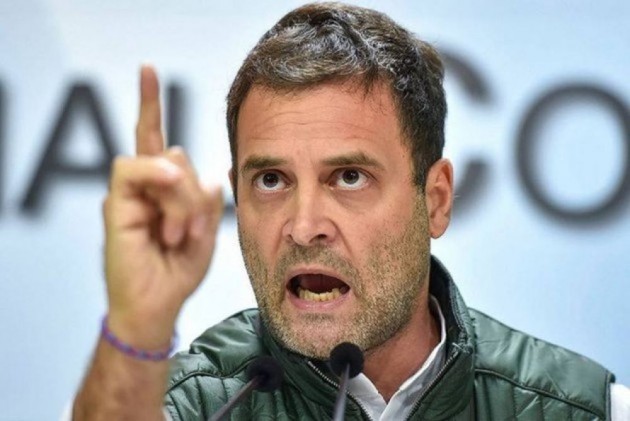 A combative and confident Rahul Gandhi on Saturday launched a fresh broadside against Narendra Modi asserting that the Prime Minister believes that the Indian Army is his “personal property” and that by dismissing the Congress party’s claim of 6 surgical strikes during the UPA regime as fictional, he was insulting the country’s armed forces.

The Congress president’s comments come in the wake of his party recently claiming that there were six surgical strikes against Pakistan by the Indian Army during two tenures of the UPA and that, unlike the BJP, the Manmohan Singh regime did not try to seek credit for these operations.

Modi had responded to the Congress’s claim by saying that these surgical strikes must have happened “in a video game” as “neither terrorists in Pakistan nor the Pakistani establishment had any knowledge of these strikes”.

Shedding his party’s reticence in countering Modi’s electoral boasts on the issues of nationalism and the NDA’s “zero tolerance towards terrorism”, Gandhi said: “Narendra Modi thinks that India’s Army, its Navy and Air Force are his personal property. The surgical strikes (during the UPA regime) were not done by the Congress party but by the country’s Army and when Narendra Modi says that these were video games, he is insulting the Congress party. General Bikram Singh (former Army chief) has given records of surgical strikes. These were accomplishments of the Army and we don’t wish to politicise the Army. The Prime Minister must not insult the Armed Forces.”

Responding to the BJP’s remarks over the recent decision of the UNSC to place Jaish-e-Mohammed (JeM) chief Masood Azhar on its Sanction’s List and designate him as a global terrorist, Gandhi said, “Masood Azhar is a terrorist and he must be punished but who sent him to Pakistan… the Congress never sent any terrorist to Pakistan and never will but they (the BJP) did.”

With polling for four of the seven phases of the ongoing Lok Sabha polls over, Gandhi also claimed that it was now increasingly evident that PM Modi and the BJP were staring at certain defeat.

“The biggest issues before the Indian electorate today were unemployment and the economic crisis and the country wants to know from the Prime Minister what he has done in the past five years” to fulfill his 2014 poll promises, Gandhi said.

The Congress president asserted that his party’s manifesto promises, particularly the NYAY scheme and its blueprint for filling up 22 lakh vacancies in government jobs and a three-year holiday for start-ups from taking government permissions, were finding massive support from the voters. He also claimed that while the Congress manifesto acknowledges problem facing the country and gives away ahead to resolve them, Modi refuses to even recognise joblessness, agrarian distress and the economic crisis as challenges.

Gandhi also spoke on the controversy over his recent apology to the Supreme Court for attributing his “Chowkidar Chor Hai” jibe to a Bench headed by Chief Justice of India Ranjan Gogoi which is hearing the review petitions demanding a court-monitored probe into the Rafale Deal. The top court is presently hearing a contempt case filed by BJP’s Meenakshi Lekhi against the Congress president for wrongly attributing the “Chowkidar Chor Hai” jibe to Supreme Court.

“Yes, I have apologised before the Supreme Court. The reason I apologised was that a case was on in the Supreme Court and I commented on it though it was not my place… I made a mistake…” Gandhi said in an unusual display of candour. He, however, promptly added,” but "Chowkidar Chor Hai" is a slogan and it is the truth and I will not apologise for it to Narendra Modi or the BJP.”

Gandhi ended his media interaction by taking a potshot at the Prime Minister. Pointing at a foreign journalist present at the press briefing, Gandhi said, “Please tell the Prime Minister to have a couple of these press conferences too. It’s looking very bad. There’s a foreign journalist sitting here… It’s looking terrible on the international stage that the Indian Prime Minister doesn’t have the guts to stand in front of India’s media. Please tell him (Modi) to have at least one before the elections are over.”