Kerala CM had alleged that the probe agencies were being used for carrying out a campaign for the BJP and Congress in the state going for assembly elections on April 6. 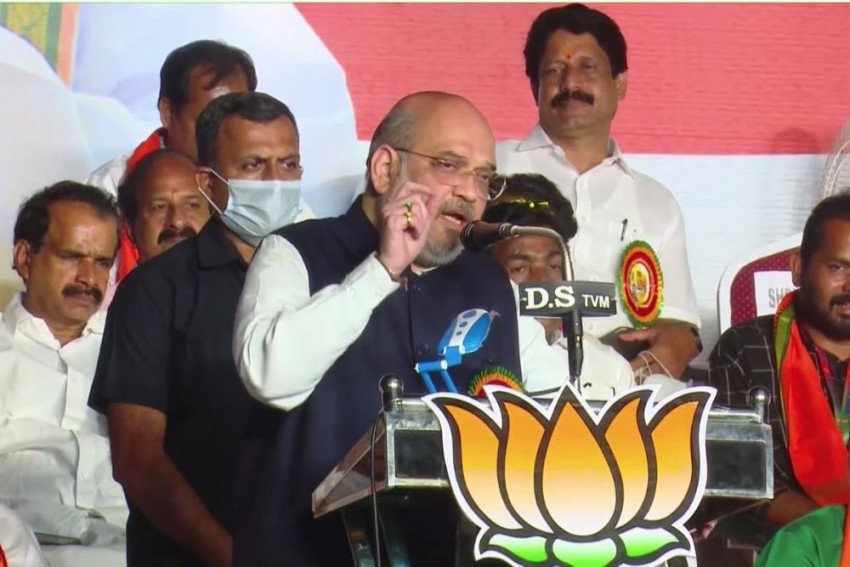 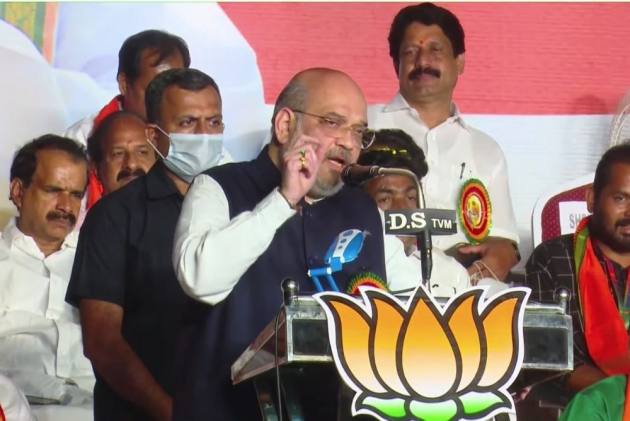 Slamming the Kerala Chief Minister Pinarayi Vijayan over his 'political tools' remark on central probe agencies, Union Home Minister Amit Shah on Sunday asked him to make it clear whether the main accused in the gold and dollar smuggling cases worked in his office or not.

While speaking at the culmination of the BJP's rally 'Vijaya Yathra' at the Shanghumugham Beach in Thiruvananthapuram, Shah also sought to know if the Chief Minister's Office tried to influence the customs officials in the case.

"The chief minister is alleging that the central agencies are acting as political tools (of BJP-led NDA government). I would like to ask a few questions. I want to ask the CM if the Dollar/gold scam main accused was working in his office or not?", he asked, referring to Swapna Suresh, who has been arrested in connection with the cases.

Suresh was removed from a post in the Space Park project under the Kerala State Information Technology Infrastructure Ltd after her name cropped up in connection with the gold smuggling through diplomatic channel last year.

A day after the Customs, probing the gold smuggling case, claimed Suresh has made "shocking revelations" against him and others over the dollar 'smuggling', Vijayan had on Saturday hit out at the agency saying it was trying to "defame" state cabinet members in connection with the case.

Vijayan had alleged that the probe agencies were being used for carrying out a campaign for the BJP and Congress in the state going for assembly elections on April 6.

Shah also said Kerala used to be known for development, literacy and for promoting tourism, but "with the ruling LDF and opposition UDF coming to power alternately has resulted in making the state a platform for political violence."