Aditya Thackeray standing atop an open vehicle waved and greeted his supporters as his nomination rally passed through streets of Worli. 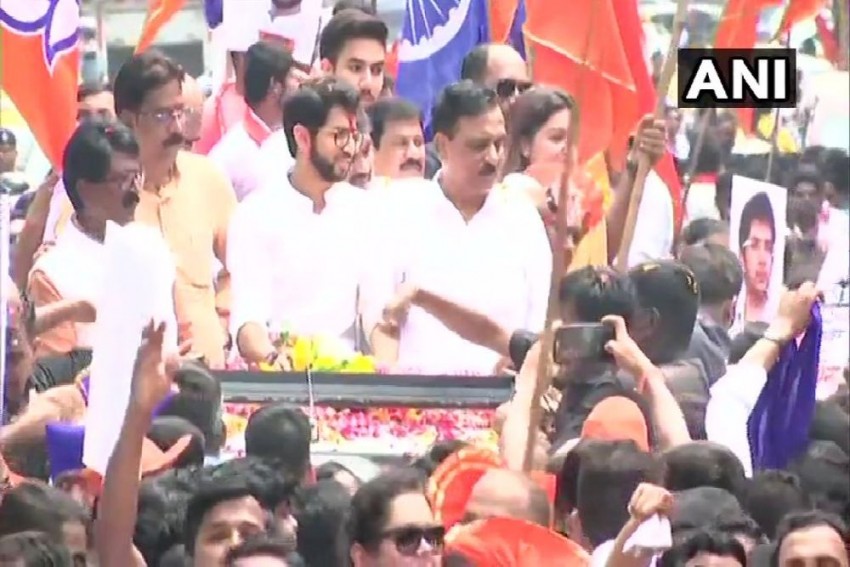 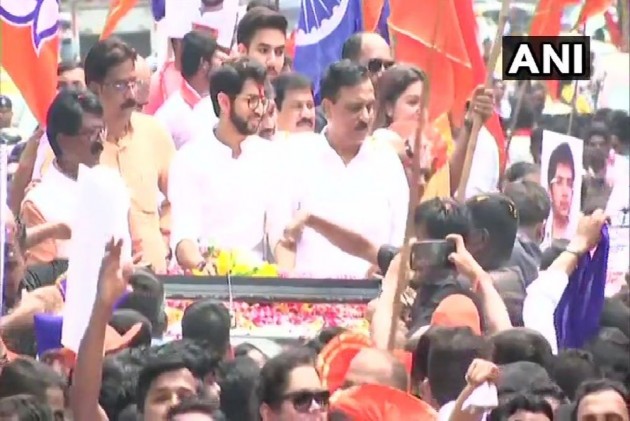 Hordes of Shiv Sena supporters joined party leader Aaditya Thackeray as he led a roadshow on his way to the office of Returning Officer to file nomination from the Worli Assembly constituency in Mumbai for the upcoming state polls.

Thackeray standing atop an open vehicle waved and greeted his supporters as his nomination rally passed through streets of Worli. Enthusiastic supporters danced on beats of the drum and waved party flags throughout the route.

Aaditya is the first member of the Thackeray family to contest elections.

"I am happy and excited. It feels great to witness the support of people," he said.

Thackeray's nomination rally also witnessed a show of support by Shiv Sena allies as flags of BJP and other NDA-ally Republican Party of India (A) were also seen during the nomination march.

Ahead of his nomination, Thackeray also tweeted a picture of him bowing before a portrait of his grandfather and Shiv Sena founder Bal Thackeray.

Last week, Shiv Sena had fielded the junior Thackeray from the Worli seat, which is currently held by party leader Sushil Shinde.

In August, Aaditya had launched a state-wide 'Jan Ashirwad Yatra' to express gratitude to voters for their support in this year's Lok Sabha polls and also to seek their favour for the upcoming Assembly elections.