Delhi government sources say they were happy with the outcome of Amit Shah's meeting with Arvind Kejriwal. They say Shah was extremely understanding and responsive to Delhi's plight. 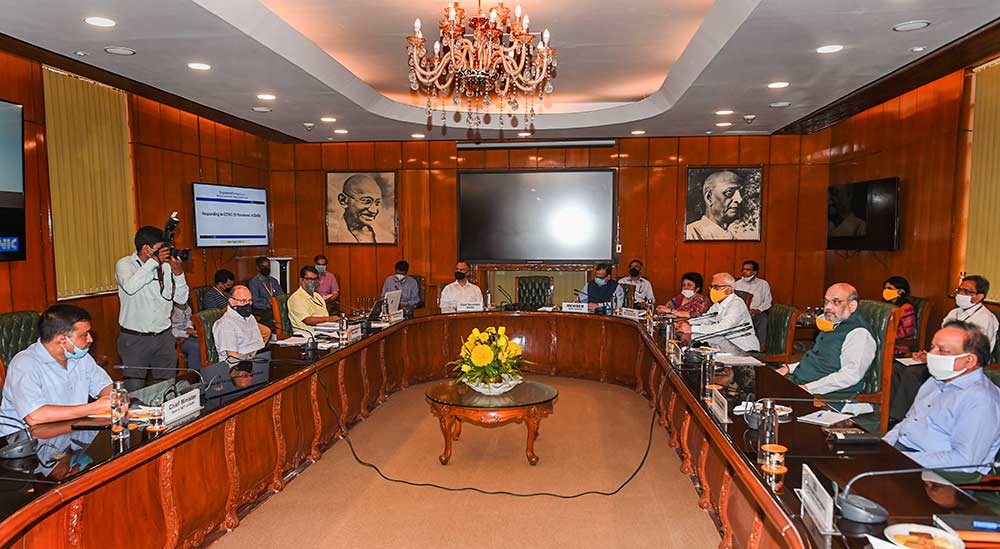 Home Minister Amit Shah’s intervention in Delhi’s fight against Covid-19 pandemic has been appreciated by all, including the Aam Aadmi Party (AAP) which runs the government in the national capital.

Delhi has been witnessing a spike in coronavirus cases, which has crossed 41,000-mark, and Kejriwal government doesn’t seem to have a grip on the situation. With the health infrastructure falling apart, Delhi is facing a severe shortage of hospital beds and facing criticism for its testing protocol. Earlier, Lieutenant Governor Anil Baijal had to intervene to overturn Kejriwal’s decision to reserve beds for the Capital’s residents in Delhi hospitals.

ALSO READ: No Plans For Another Lockdown In Delhi: CM Arvind Kejriwal

Top sources in the government claim that it was at this point that Shah decided to step in and call for a meeting with all the stakeholders in Delhi. “Delhi government representatives, including the chief minister and the deputy CM Manish Sisodia, seemed relieved to be a part of the meeting and let the Centre take charge for a change,” said an official, who was a part of the meeting. In other cases, Delhi government is always seen as complaining about Centre’s interference in its functioning.

Delhi government sources say they were happy with the outcome of the meeting. They say Shah was extremely understanding and responsive to Delhi government’s plight. “He was like a statesman,” a Delhi government official said. “He gave us a patient hearing, heard about all our problems and came up with solutions almost immediately. He didn’t need to consult his officers before he came up with his prescription for Delhi,” he added.

Shah spelt out a multi-pronged strategy for Delhi. In addition to promising 500 railway coaches which have been converted into Covid-19 facilities, Delhi would add 8,000 additional beds. Shah also asked Delhi to double its testing capacity in the next 48 hours and increase it to three-times subsequently. Earlier, the Supreme Court had also asked Delhi government to explain as to why it had decreased its testing. Shah also promised to take up Delhi’s cause with private hospitals and ask them to provide 60 per cent of their beds for Coronavirus patients at low rates.

Sources say it was Shah who convinced Kejriwal to reverse the order on converting nursing homes into Covid facilities. “The home minister impressed upon Kejriwal that clinics should be left alone for non-covid patients as they too were facing a crunch. And there was no point mixing Corona and non-Corona patients in the nursing homes where segregation was not really possible,” the officer said.

In the all-party meeting called by Shah on Monday, he asked all parties in Delhi to forget their differences and join hands in the COVID-19 battle of the national capital.

Leaders of the BJP, the Aam Aadmi Party, the Congress and the BSP attended the meeting.

Shah appealed to the four parties to ask their workers to help in ensuring the ground implementation of the Delhi government’s coronavirus guidelines. These steps will enhance public trust and the COVID-19 situation in Delhi will improve soon, Shah said.