The J&K administration on Saturday amended the J&K Panchayati Raj Act to provide for setting up of District Development Councils (DDCs) in each district comprising of directly elected members. 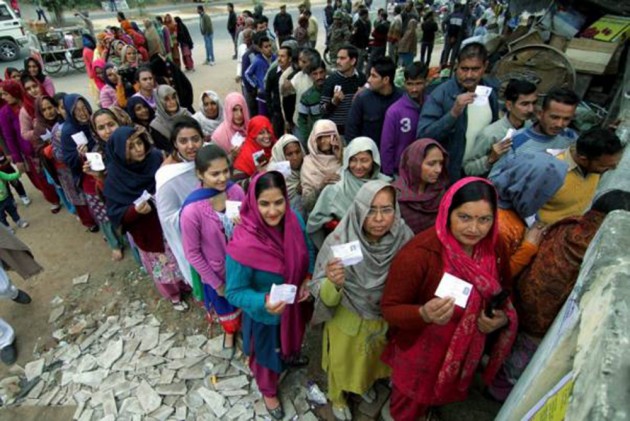 Congress’ Jammu and Kashmir unit on Sunday launched a scathing attack against the BJP over the amendment in the J&K Panchayati Raj Act, 1989 and claimed it was another attempt to further delay the assembly polls in the Union Territory.

“BJP does not want to face the people in the assembly elections as it apprehends backlash over its anti-people decisions and policies which deprived the people of their identity and special rights to jobs and land,” Pradesh Congress Committee (PCC) chief spokesperson Ravinder Sharma said in a statement.

The Jammu and Kashmir administration had on Saturday amended the Jammu and Kashmir Panchayati Raj Act to provide for setting up of District Development Councils (DDCs) in each district which will have directly elected members. The DDCs of each district shall have 14 constituencies after their delimitation by the respective deputy commissioners, an official spokesman had said, asserting that the move marked the implementation of the entire 73rd Amendment Act in the Union Territory.

Sharma questioned the basis and criteria for the equal number of 14 seats in each DDC for each district, ignoring the area and population of the districts besides selective "intrusions" of certain provisions. “It is another attempt to further delay the assembly elections and also deprive the existing block development councils (BDCs) from the rights already vested in them because a majority of them have non-BJP affiliations. How is it justified to have equal number of seats in larger districts like Jammu which has eight rural assembly segments and those districts having only two assembly segments?” Sharma asked.

Taking a dig at the BJP, the Congress leader said the ruling party at the Centre always talked of fairness in delimitation of assembly and Lok Sabha seats, but “failed to ensure justice and fairness in the delimitation of DDC seats based on population, area and topography.” He also alleged that the most important components of the 73rd amendment like an independent election commission, finance commission and ombudsman were left out.