Home  »  Website  »  National  »  PM Modi 'Feels He Has It Under Control': Donald Trump On Kashmir At G7 Summit

PM Modi 'Feels He Has It Under Control': Donald Trump On Kashmir At G7 Summit

Trump said he had discussed the Kashmir issue with PM Modi and the latter had assured him that the 'situation was under control' now. 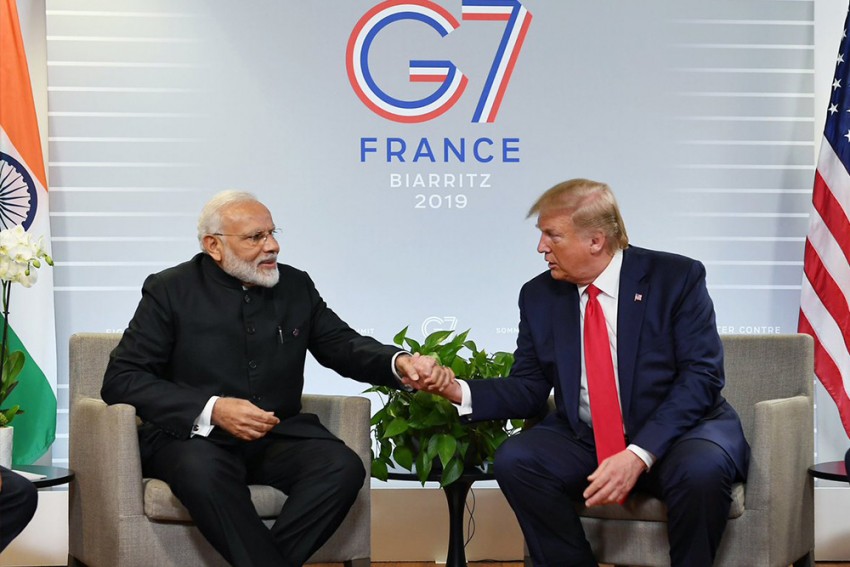 Prime Minister Narendra Modi with US President Donald Trump on the sidelines of G7 Summit.
Photo: Twitter/@PMOIndia
Outlook Web Bureau 2019-08-26T16:25:42+05:30 PM Modi 'Feels He Has It Under Control': Donald Trump On Kashmir At G7 Summit 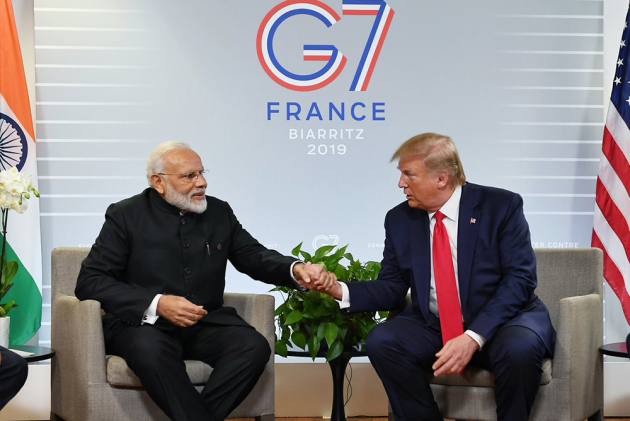 India and Pakistan have several bilateral issues but we don't want to bother any other country, Prime Minister Narendra Modi said on Monday, leaving no scope for any third-party mediation in the Kashmir issue.

He added the two countries were one before 1947, adding "I'm confident that we can discuss our problems and solve them, together."

In a joint press briefing with PM Modi, on the sidelines of the G7 Summit in France, US President Donald Trump said he had discussed the Kashmir issue with the Indian PM Sunday night and the latter had assured him that the "situation was under control" now. The US President added that India and Pakistan can iron out their differences on their own.

The high-profile Modi-Trump meeting comes a week after the two leaders had a telephonic conversation in which they discussed the situation in Kashmir, Pakistan's growing rhetoric against India after it revoked Article 370, and the strategic partnership between the two countries.

Trump had in the past few weeks expressed willingness to mediate the issue between India and Pakistan, especially after the tensions soared following the abrogation of Article 370, which accorded special status to Jammu and Kashmir.

India is not a member of the G7, but Modi is attending the Summit in the French town of Biarritz on the special invitation of French President Emmanuel Macron.