Accompanied by senior party leaders, Akhilesh squatted near the main entrance of the Vidhan Sabha to protest the Unnao incident. 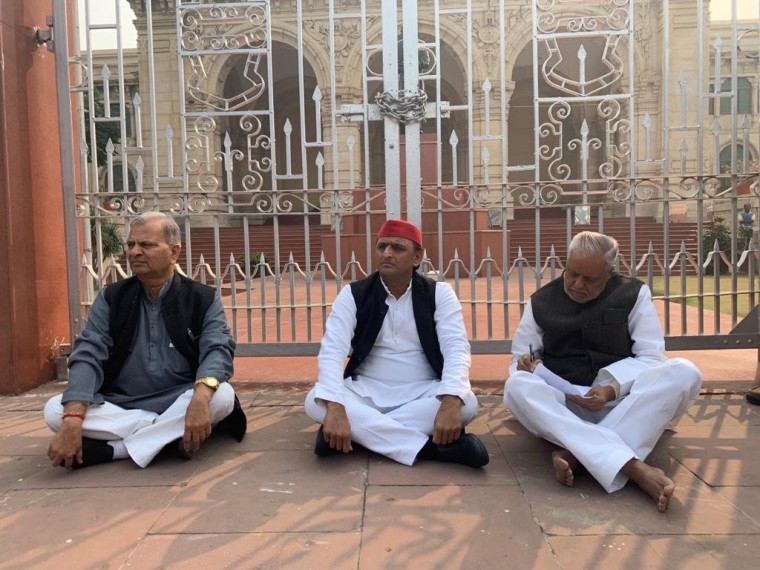 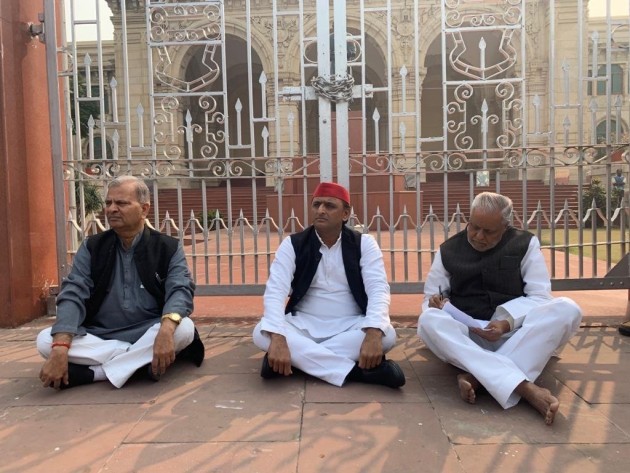 Samajwadi Party president and former Uttar Pradesh Chief Minister Akhilesh Yadav sat on a dharna outside the Vidhan Bhavan in Lucknow on Saturday, blaming the Yogi Adityanath-led state government for the death of the Unnao gang-rape victim in Delhi.

Terming the day as "Black Day", he demanded that the BJP government be removed after accusing it of failing to protect women in the state.

Accompanied by senior party leaders, Akhilesh squatted near the main entrance of the Vidhan Sabha to protest the Unnao incident.

Speaking to reporters in Lucknow, he said his party will hold 'shok sabhas' (condolence meetings) in all the district headquarters "in memory of all the daughters who have lost their lives".

Pointing fingers at the state government, Yadav said: "What help you have given to the girl's family? Will you run your government in this manner, a government which is giving sorrow and creating difficulties?"

"We will continue to fight for the honour of the daughters. Despite efforts, the victim could not be saved. A daughter who is demanding justice is unable to get it. This is a 'Black Day' for us," Yadav said.

Attacking the state government, the SP chief referred to another incident when a woman had tried to set herself afire outside CM Adityanath's house to seek justice after accusing BJP MLA Kuldeep Sengar of rape.

"This is not the first case in this government. Try to remember the day when a daughter, after failing to get justice, tried to end her life outside the Chief Minister's residence in Lucknow. A daughter of Unnao lost her entire family, for which the BJP government is responsible. The government is also responsible for the death of a daughter, who lost her life today," Yadav said.

The 23-year-old Unnao rape victim was set ablaze by five persons, including two accused of raping her, and suffered 90 per cent burns on Thursday. She was airlifted to a Delhi hospital where she succumbed on Friday night.