Haryana is contemplating a law against love jihad, tweeted Home Minister Anil Vij. Yesterday, CM Yogi announced his government will bring a legislation to deal with it 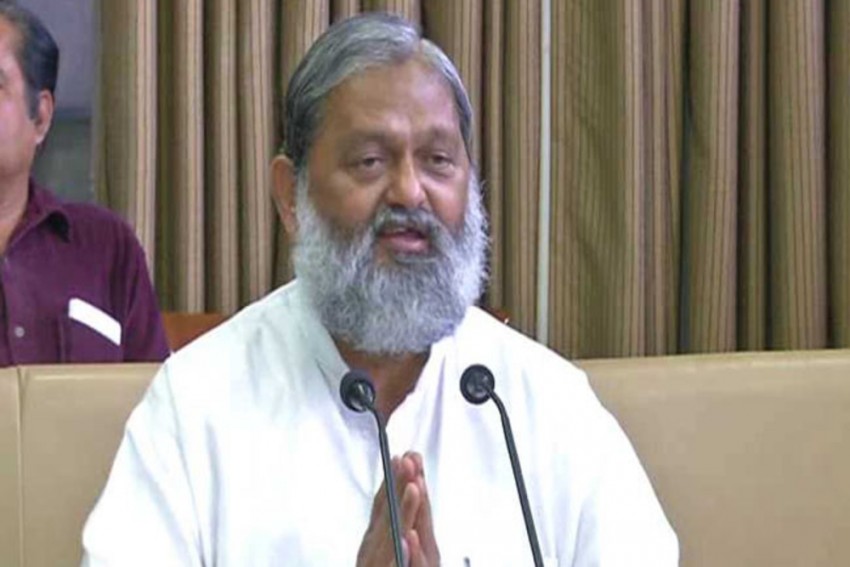 The Haryana government is mulling a law against "love jihad", Home Minister Anil Vij said on Sunday, a day after Uttar Pradesh Chief Minister Yogi Adityanath announced his government will bring a legislation to deal with it.

"Haryana is contemplating a law against love jihad," Vij said in a tweet in Hindi.

On Saturday, Adityanath had said his government would come out with a law to deal with "love jihad" and used the Hindu funeral chant 'Ram Naam Satya Hai' to threaten those who don't respect their daughters and sisters.

He said posters would be put up of those involved in "love jihad", a derogatory coinage used by right-wing activists to refer to the alleged campaign of Muslims forcing Hindu girls to convert in the guise of love.

Addressing election rallies in Uttar Pradesh's Jaunpur and Deoria, Adityanath also welcomed the Allahabad High Court ruling declaring that conversion for the sole purpose of marriage is not valid.

Last week, a 21-year-old college student, Nikita, was shot dead in Haryana's Ballabhgarh by a man. The victim's family has alleged that the man was pressuring her to convert to Islam in order to marry him.

Some Hindu outfits have alleged that the woman's murder is a case of "love jihad".

"A talented young girl, ambitious to reach the skies was murdered by Islamic jihadists at a public place and in broad daylight. It is very difficult to bear this loss," a statement issued by the VHP quoted Kumar as saying.

It said "increasing incidents of love jihad, religious conversions and atrocities on Hindus" are a cause for concern.

The Haryana government has set up a three-member Special Investigation Team to probe the case.

The police have arrested two men -- Tausif, the main accused, and Rehan -- in the case.