Home  »  Website  »  National  »  Rajasthan: No Meeting Between CM Gehlot And Governor Yet; Congress To Hold Nationwide Protests On July 27

Rajasthan: No Meeting Between CM Gehlot And Governor Yet; Congress To Hold Nationwide Protests On July 27

The Congress government is pushing for a session of the Assembly so that chief minister Ashok Gehlot can prove his majority on the floor of the House. 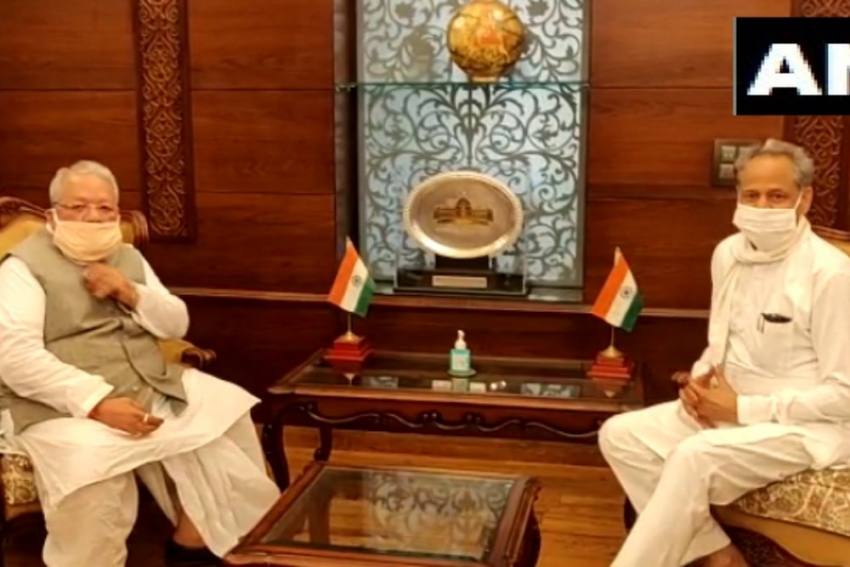 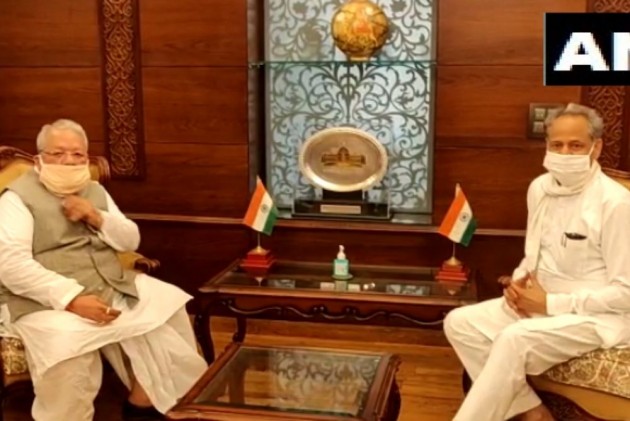 There has been no meeting between the Rajasthan Governor Kalraj Mishra and Chief Minister Ashok Gehlot since Friday night after the latter left the Raj Bhawan along with party MLAs who had been on a five-hour-long sit-in protest at the premises earlier in the day.

Gehlot was to meet the Governor around noon on Saturday to discuss a fresh proposal by his cabinet for convening the Assembly session. The meeting was then deferred for Saturday evening. However, after the cabinet approved a fresh proposal for convening the Assembly session as per issues raised by the Governor, it was decided to send this to Mishra's office through a senior bureaucrat in the government's law department.

A Raj Bhawan official, say sources, red flagged a few more changes to be made to the proposal. The cabinet is yet to discuss the changes suggested by Raj Bhawan. In light of these developments, the much anticipated meeting between Mishra and Gehlot has not taken place as yet and there is no clarity on whether the two will meet later today.

Gehlot also attended a cabinet meeting  -- second since Friday night -- where the political situation of Rajasthan was discussed. After the Cabinet huddle, Gehlot was scheduled to meet the Governor.

Meanwhile, Rajasthan BJP leaders held a meeting with the Governor. Officially, the meeting was held to discuss the coronavirus situation in Rajasthan and the inability of the government to respond to it as ruling party's MLAs are camping in resorts.

"The drama which happened yesterday in the name of constitutional right was unfortunate. The note which was sent by the government to the governor for calling the assembly session had no agenda," Leader of Opposition in the Rajasthan Assembly Gulab Chand Kataria told reporters after the meeting.

The Congress also held its legislature party meeting in Jaipur earlier today to discuss the political situation. In the meeting, Gehlot was quoted by ANI as saying, "We will go to Rashtrapati Bhawan to meet the President, if needed. Also, if required, we will stage protest outside PM's residence."

Congress has also decided to hold protests on July 27 across India and outside all Raj Bhawans.

Chief Minister Gehlot, facing a revolt by some Congress MLAs led by Sachin Pilot, chaired a meeting of the Cabinet on Friday night to discuss the points raised by the Governor on its earlier proposal.

"Discussions on the points raised by the governor with regard to calling the Assembly session were held in the meeting last night," a source said, adding that the Cabinet is likely to meet again on Saturday.

The Congress government is pushing for a session of the Assembly so that the chief minister can prove his majority on the floor of the House after the Rajasthan High Court on Friday ordered that status quo should be maintained on the disqualification notices sent out by the Speaker to Pilot and 18 other MLAs.

The Governor on Friday asked the Ashok Gehlot government why it wanted to call an Assembly session to secure a vote of confidence if it already had the majority.

The governor posed the query in a six-point questionnaire entailing a note sent by the Raj Bhawan to the state Parliament Affairs Department, the Raj Bhawan said in a statement.

In his note to the state government, Governor Mishra emphasised that “no one is above the Constitutional dignity and no pressure politics should be resorted to.”

He also pointed out that neither had any date for convening the session been mentioned in the Cabinet note, annexed with the government's request, nor had the Cabinet given its approval to it.

The government has neither given any reason for calling the session on such a short notice nor proposed any agenda for it, said the governor, pointing out that a 21-day notice is mandatory for calling an Assembly session.

In the statement, the Raj Bhawan added that Governor Mishra had also asked the government “to ensure the independence and freedom of movement of all members of the legislative assembly”.

On Friday, the chief minister said that a letter was forwarded to the governor on Thursday night for calling the session, but he had not taken any decision on it.

Congress MLAs loyal to Gehlot on Friday held a five-hour sit-in at the Raj Bhawan to press for an Assembly session.

The Congress said it ended the sit-in following an assurance from the Governor that he will abide by Article 174 of the Constitution, after getting some clarifications from the CM. The provision deals with the Governor's role in summoning a session of the assembly.