Moments before the floor test, Karnataka chief minister H D Kumaraswamy had claimed that he was ready to face the motion and would 'happily sacrifice this position'. 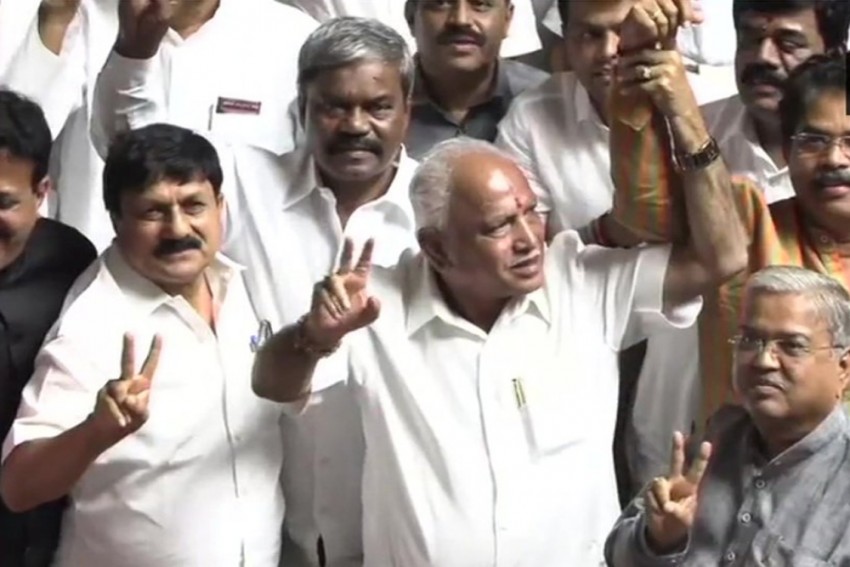 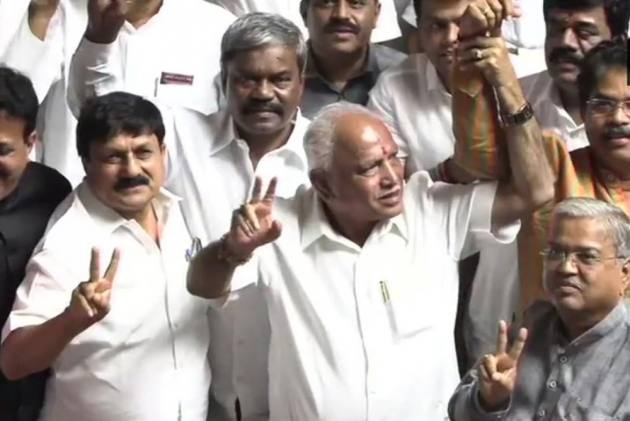 The Congress-JDS government in Karnataka collapsed on Tuesday after it lost the vote of confidence in the Assembly, ending the nearly three-week long high political drama in the state.

With the numbers stacked against him, Chief Minister H D Kumaraswamy faced the defeat after winding up the debate for four days on the motion of confidence moved by him on Thursday last, amid the political turmoil.

Speaker K R Ramesh Kumar announced that 99 MLAs had voted in favour of the motion and 105 against it. The motion had been defeated, he said.

BJP spokesperson GVL Narasimha Rao said the party will soon decide whatever is in the interest of Karnataka amid the likelihood of the saffron party staking claim to form the new government in the state.

"The Karnataka government which lost the trust vote was an illegitimate government which came to power through the back door and has continued in office for weeks even after losing the legislative majority. The exit of corrupt, illegitimate coalition government is good news for the people of Karnataka," Rao, also a Rajya Sabha member, said in a statement.

The Congress-JDS government had defied the two deadlines set by Governor Vajubhai Vala to Kumaraswamy to demonstrate his majority on Friday itself.

A wave of resignations had set off the political turbulence in the state, pushing the 14-month old coalition government to the brink of collapse.