In the sting videos, the students are seen admitting that they were part of the violence outside the varsity's Sabarmati hostel. 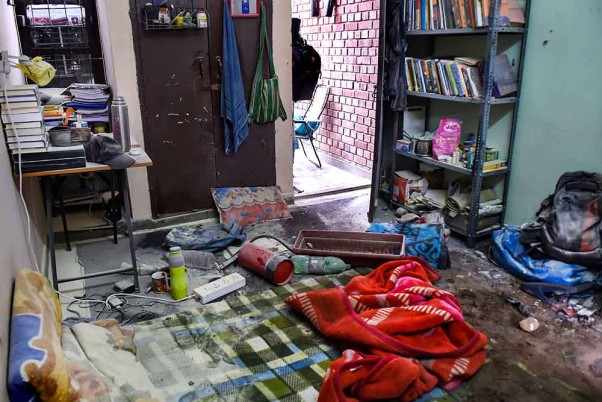 RSS-affiliated Akhil Bhartiya Vidyarthi Parishad (ABVP) members were part of the masked mob that perpetrated the violence in Jawaharlal Nehru University on January 5, which left 35 injured, an investigation by a TV news channel claimed.

The two suspects in purported videos, in a sting done by Indian Today, states that they are ABVP volunteers and varsity students pursing Bachelors in French.

The ABVP has refuted the charges, saying both students who figured in the purported videos are not their members.

In the sting videos, the students are seen admitting that they were part of the violence outside the varsity's Sabarmati hostel.

Also Read | A Blood Sunday At JNU: More Questions Than Answers. Did Police Right The Wrongs?

In one of the videos, another suspect is seen admitting that 20 more ABVP volunteers were part of the masked mob.

A sting was also done on a student affiliated to a left-leaning student body. The former JNUSU office bearer is seen admitting that she was part of the group that shut down servers at the JNU's Centre for Information Systems.

An FIR has already been registered in this case but no student has been named as an accused yet.

In a tweet, the woman said, "JNU VC increases our fee a thousand time. He sends punishment letters for demanding right to education. I myself have received countless such letters. We are fighting for our rights. We are in civil disobedience. That's what I have said. Nothing to hide."

JNU VC Meets Students, Says 'Outsiders' In Hostels May Be Engaging In Violence