The AAP MLA said that the charges against him were baseless and said that he had not spoken to the deceased in a year. 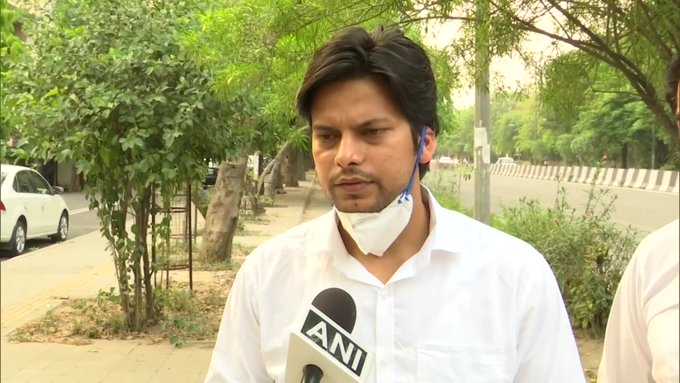 The Delhi Polcie on Saturday arrested Aam Aadmi Party MLA Prakash Jarwal in the suicide case of a doctor.

Jarwal said he had not spoken to the person, who committed suicide, in a year and termed the charges against him as baseless.

The politician's legal team had said earlier he was ready to surrender if police wanted.

On April 18, Delhi Police had booked Jarwal and his supporter Kapil Nagar and others on charges of issuing death threats and abetment to suicide after Dr Rajinder Singh was found dead in his house and the names of both was allegedly found mentioned in his suicide note.

Earlier in the day, Jarwal visited the Special Cell office. "We have come here to cooperate in the investigation. A notice was given to my client," his legal team said.

Though Jarwal's family was questioned on the matter, he along with Nagar allegedly didn't join the police probe, following which police approached the court with NBWs plea.

The lawmaker had moved an anticipatory bail application in Rouse Avenue court.

In his application for anticipatory bail, Jarwal submitted that he would cooperate with the police in the investigation of the case, as and when called. He also pleaded that there was no reason to subject him to custodial interrogation.

Dr Rajinder Singh, a private practitioner in Durgapuri area in south Delhi, was involved in supply of Delhi Jal Board water through tankers since 2007.

The bereaved family had claimed that the accused had got Dr Rajinder's tankers removed from water supply service and also prevented clearance of dues of a large sum of money from the Jal Board.