Kanshiram’s associates engaged in his journalistic ventures and that was a key attribute of the BSP movement. But present-day BSP’s commitment to that culture is questionable. 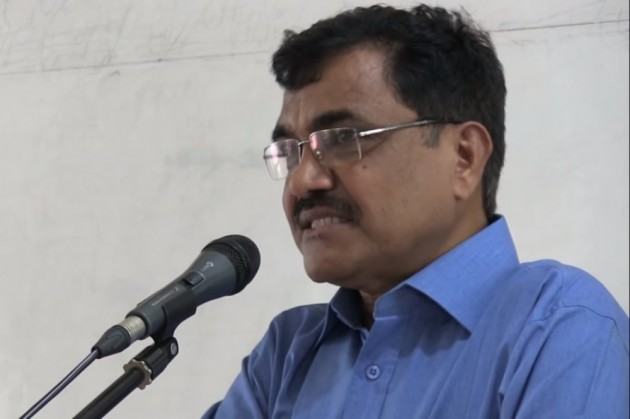 “I earnestly hope that you will speak out before your turn comes,” wrote scholar-activist Anand Teltumbde in a letter to the people of India a day before his arrest last month. The 69-year-old now languishes in Mumbai’s Arthur Road Jail, where 77 inmates and 26 personnel have tested positive for coronavirus. One of the country’s most well-known public intellectuals and a strong Dalit voice, Teltumbde was arrested in connection with the 2018 Bhima Koregaon violence and an alleged plot to assassinate Prime Minister Narendra Modi.

The arrest happened in the thick of the COVID-19 lockdown and on the birth anniversary of BR Ambedkar, the towering Dalit thinker and leader who also happens to be the grandfather of Teltumbde’s wife. Teltumbde had been a strong critic of Modi and many from the civil society called the arrest a part of witch-hunt against the leader’s detractors. He was also among those spied upon using the Pegasus software, possibly by the Indian government, a charge the government hasn’t categorically denied.

When the charges were framed against him last year, several leading world academics, including Noam Chosmky, wrote to the United Nations seeking its intervention and termed the charges ‘fabricated’. The outrage over his arrest last month was strong too. Besides voices from the civil society, Dalit leaders and activists in the country put out a joint statement condemning the Supreme Court order asking him to surrender.

“This is both tragic and shameful for all Dalits, Adivasis, OBC, and minorities on many counts for all of India … [The] arrest reveals India’s deeply entrenched casteism for a ‘crime’ Dr. Teltumbde has not committed and for which no proof has been produced,” read the statement. It was signed by Vanchit Bahujan Aghadi’s Prakash Ambedkar, Bhim Army’s Vinay Ratan Singh and independent MLA from Gujarat Jignesh Mevani among others.

But one name was conspicuous by its absence – that of Mayawati or a representative of her Bahujan Samaj Party (BSP). The party didn't even put out a tweet on the arrest, let alone issuing a statement. The BSP is perhaps the only party that has organised Dalits politically to a success level where it has been able to form a government four times, and that too in the country’s most populous state. As the leader of one of the six recognized national parties in India, and one that has 10 seats in Lok Sabha, Mayawati is undoubtedly the most prominent Dalit face in the country. A muted response from her to the arrest of a prominent Dalit intellectual is a bit baffling.

The BSP has a distinct way of mobilizing the people and does not need intellectual attributes for its politics, says Harish Wankhede, professor at Jawaharlal Nehru University’s Centre for Political Studies. To attain political power, it relies on mass consciousness of the people. “From the beginning, there has been no attempt by the BSP to be with the Left or Left intelligentsia. The Left has a kind of intellectual fascination that was rejected by the BSP at an early stage.”

Asked about the silence of BSP on the arrest, Faizan Khan, a BSP leader says, “The country is currently dealing with other important issues with regard to the coronavirus pandemic. So that is where all our attention has been… But we do condemn such arrests.” The BSP, however, had criticized the BJP in August 2019 for the ‘politically motivated’ arrests in the Bhima Koregaon case.

Mayawati had questioned the logic behind the arrests of Dalit rights activists Sudhir Dhawale and Surendra Gadling, tribal rights activist Mahesh Raut, Nagpur University literature professor Shoma Sen, and Rona Wilson, member of the Committee for Release of Political Prisoners. Most of these activists are from Maharashtra and the BSP supremo’s statement came only weeks before the assembly elections in the state.

The BSP has dominated the politics of Dalit representation in UP for four decades now, and being privileged in that sense, has set the rules of the game. But in Maharashtra for instance, the play is different. Maharashtra has very deep dialogues between the Left and the Dalits, says Wankhede, and Teltumbde represented this scheme of thought where he believed the Dalits, the Left and the Ambedkarites can build a consensus. Teltumbde believed the Left should learn from the Dalits and visa versa.

Regarding the BSP's silence over the arrest, Suraj Yengde, author of the book Caste Matters, says that the BSP is "losing the moral edge which they could have achieved by standing with Anand [Teltumbde] at the moment.” Had the BSP supported Teltumbde, he adds, many progressive forces would have aligned with the party against this injustice. Mayawati had all the more reasons to support him as he is the foremost Dalit intellectual and is also related to BR Ambedkar’s family.

Over time, the BSP has become an intellectually malnourished party, argues Yengde, a postdoctoral fellow at the Initiative for Institutional Anti-racism and Accountability, Harvard Kennedy School. Contrasting the functioning style of present-day BSP with that during Kanshiram’s time, he says that Kanshiram’s long-time associates engaged in his journalistic and artistic ventures, and that remained one of the cornerstones of the BSP movement and its intellectual space.

Publications and journals such as The Oppressed Indian (1979), Bahujan Sanghatak, Aarthik Utthan (1980), Economic Monthly (1981) and Bahujan Times (1984) were important interventions of the movement. Yengde says that the BSP’s attitude of today can be linked to the fact that these journals – including the arguments and ideas they brought with them – came to grief with time.

Kanshiram would go to the people and in villages and introduce Periyar to them. Like Periyar, there were many unsung heroes who were given space on the canvas of the BSP. They include Nandanar, Iyothee Thass, Nangeli, Birsa Munda, Savitribai Phule and Jhalkaribai. This effort, the Harvard scholar believes, seems to have been lost in the current leadership of the BSP that did not invest in producing next-generation thought leaders and intellectual powerhouses that could keep up with the country’s changing political landscape.

Teltumbde, in his writings, had both acknowledged the significance of the BSP and made his fair share of criticisms. He had described Mayawati as an enigmatic leader, a worthy disciple of Kanshiram, and the first Dalit to become a chief minister independently, as opposed to “Dalit mascots” from “ruling class parties” who had become chief ministers earlier. But he also faults her for failing to curb atrocities on Dalits with heavy hand, and improving basic public services such as education, health, and transport.

“She could have […] made her administration people friendly and possibly tried to create village fora that would lead to weakening of castes,” Teltumbde wrote in an article in countercurrents.org in April 2012. “Instead, she adopted ultra feudal model with all regal pomp and darbar culture -- distancing herself from masses, distributing grants to her loyal and extracting rents from others in exchange of political favours. In the country where corruption is the way of life, she earned a dubious epithet of being most corrupt.”

Notwithstanding the criticisms, the BSP could still proffer a word of solidarity to its ideological friends, even if there appears to be no electoral utility in the gesture.