With the resignation of 19 MLAs, Congress’ number is reduced to 95 and the halfway mark for the majority is 105. 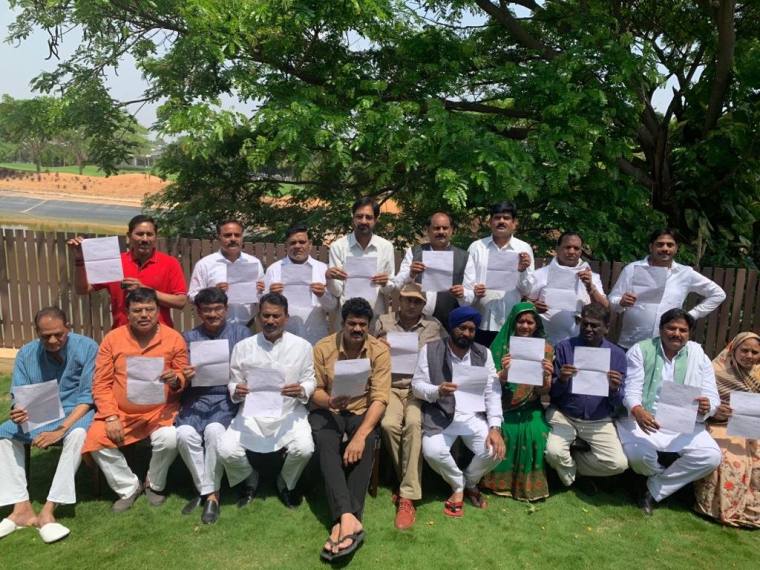 19 Congress MLAs including six state ministers from Madhya Pradesh tender their resignation from the assembly after Jyotiraditya Scindia resigned from the party.
ANI/ Twitter
Outlook Web Bureau 2020-03-10T14:50:40+05:30 A Look At Possible Scenarios As Congress Loses Majority In Madhya Pradesh 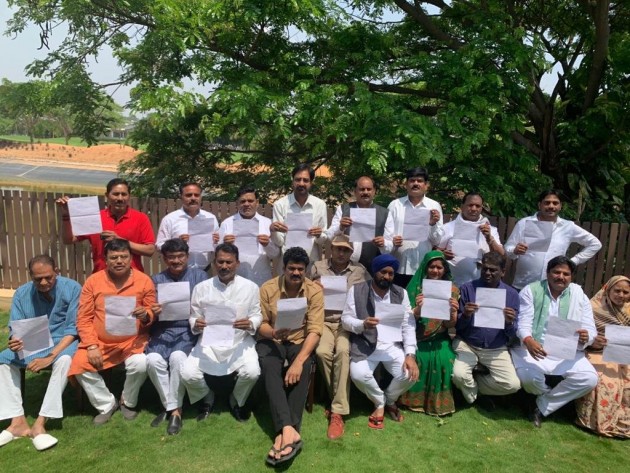 Numbers continue to be the key topic of political discussion in Madhya Pradesh after Jyotiraditya Scindia's resignation from the Congress, 18 years after he first joined it.

It is a matter of time before the Kamal Nath-led Congress gets the marching orders. The odds that were stacked against the BJP till a week ago now overwhelmingly are in its favour. With the resignation of 22 MLAs from the assembly, Congress is reduced to a minority in the state.

But with the resignation of 22 MLAs, Congress’ number is reduced to 92 and the halfway mark for the majority –  the magic number – is 104.

While the developments and surprises are still unfolding in Madhya Pradesh, here are the possible scenarios that the state might witness in the coming days.

Scenario 1: With the resignation of 19 Congress MLAs, Congress' strength has come down to 92. BJP at 107. Halfway mark has come down to 104. BJP could stake claim to form a government. Independents, BSP and SP may support the saffron party.

Scenario 2: Congress begins a reverse poaching scheme. Some BJP MLAs also resign. Both Congress and BJP go down to a similar legislative strength and reach out to BSP, SP, and independent legislators to reach the majority mark.

Scenario 3: Imposition of President's Rule due to political instability. By-elections for 19 seats may be announced and the results will determine who forms the next government.

Scenario 4: The House is dissolved and the state goes for mid-term polls.