As many as 9000 phones and 500 e-mails were intercepted each month in 2013 during the United Progressive Alliance government, a RTI reply has revealed. 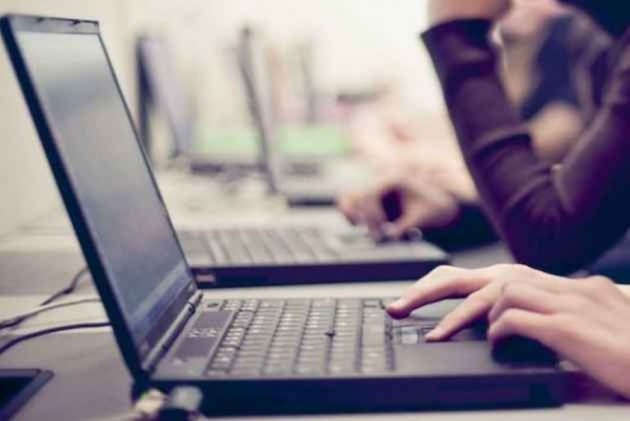 Up to 9,000 phone calls and 500 e-mails were intercepted every month during the Congress-led United Progressive Alliance's rule in 2013, news agency ANI reported on Friday.

The reply to another RTI addressed to the ministry details that 300-500 orders for interception of e-mails were issued per month by the UPA government. 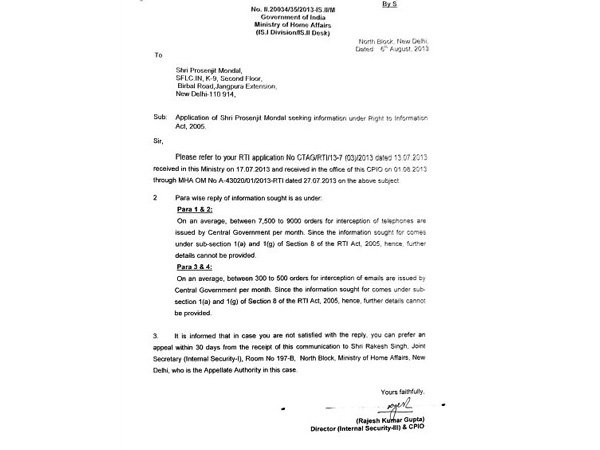 The application filed in November 2013 also sought a list of agencies authorised for lawful interception monitoring. As per the reply, the Intelligence Bureau, the Narcotics Control Bureau, Directorate of Enforcement, the Central Board of Direct Taxes, the Directorate of Revenue Intelligence, the Central Bureau of Investigation, the National Investigation Agency, the Research & Analysis Wing and the Commissioner of Police, Delhi and the Directorate of Signal Intelligence (for service areas of Jammu and Kashmir, North-East and Assam) are allowed to obtain data through interception.

The said list is similar to the agencies mentioned in Centre's notification of December 20, 2019 which empowered government bodies for mass surveillance.

The RTI reply also stated that the interception of communication was being carried out in accordance with the Telegraph Act of 1885 and Telegraph (Amendment) Rule of 2007, a clause that finds a mention in the clarification issued by the government over the December 20 order.

"The notification (of December 20) is analogous to the authorisation issued under the Telegraph Act. The entire process is also subject to a robust review mechanism as in case of Telegraph Act," government's clarification issued on Friday stated.

The recent government order had initiated a war of words between the Centre and opposition parties, with many alleging the centre of intruding into people's privacy. The Centre, however, maintained that similar rules were in existence since 2009.

"On 20 December, same order of authorisation was repeated that was existing since 2009. You are making a mountain where a molehill does not exist," Finance Minister Arun Jaitley told the Rajya Sabha on Friday in response to Congress leader Anand Sharma's charge.

Sharma had remarked that the Bhartiya Janata Party (BJP) is converting India into a surveillance state with this order. "Through this order, the BJP government is converting India into a surveillance state. It is the ultimate assault on fundamental rights and right to privacy. It is also in direct conflict with the Supreme Court judgement that the right to privacy is a fundamental right," the Congress leader had said.

Further intensifying the Opposition's attack, Congress president Rahul Gandhi had tweeted, "Converting India into a police state isn't going to solve your problems, Modi Ji. It's only going to prove to over 1 billion Indians, what an insecure dictator you really are."