A former national spokesperson of Rashtriya Janata Dal, Shanker Charan Tripathi will appear in the upcoming National Eligibility-cum-Entrance Test (NEET) to qualify for the MBBS course. 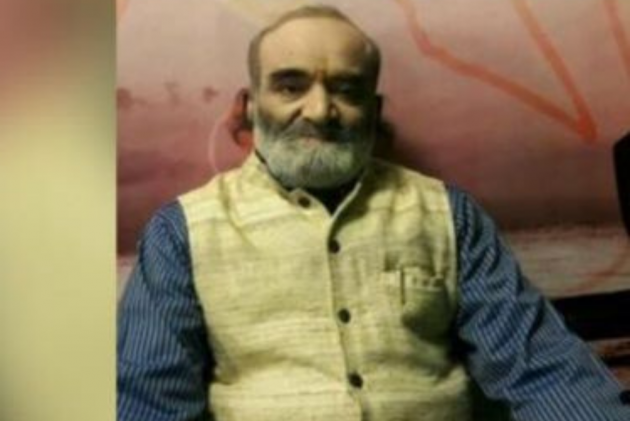 At the age of 64 when most people chose to retire from active working life, Shanker Charan Tripathi has decided to begin a new career in medical education.

A former national spokesperson of Rashtriya Janata Dal, Tripathi will appear in the upcoming National Eligibility-cum-Entrance Test (NEET) to qualify for the MBBS course.

He had attempted a similar test in 2016 and qualified to get admission to a private college but due to financial constraints, he didn’t join. He wanted a government college where the fee for medical education is nominal and affordable.

“Today, youngsters are coming into MBBS to make money. They have no desire to serve society. But I have a different purpose in life,” Tripathi said.

He added, “One of the four Vedas, the Atharva Veda, gives information about medical science but it is neglected in our country. It provides valuable information to remain healthy and live for over a hundred years. I want Atharva Veda to be included in the MBBS curriculum.”

Tripathi says that his sole purpose in life now is to become a doctor and bring the teachings of Atharva Veda to the modern medical education.

Born in 1957,  Tripathi's career progression has been quite unusual. At the age of 18, he was selected in the India Air Force (IAF) and was part of the Indian contingent to Sri Lanka in a peacekeeping operation during 1985.

“The MPPSC result was declared first and I was appointed a jailor. However, a year and a half later, the UPPSC result came and I was selected in that too. I resigned from the post of the jailor and joined the sales tax department in UP,” Tripathi said.

He retired as an Additional Commissioner of Sale Tax in 2017 and a year later in 2018, he was appointed a national spokesperson of the Rashtriya Janata Dal.

Along with his diverse career graph, Tripathi is an expert on predicting the future on the basis of an individual’s voice and signature.

“I have made several predictions only by hearing people’s voices and seeing their signatures. These predictions have come true. I have appeared on regional television channel as an expert of predictive science for over ten years even when I was in government service,” he said.

Tripathi claims to have predicted Narendra Modi’s Prime Ministership and BJP’s victory correctly on both occasions in 2014 and 2019.

In 2016, when the then Medical Council of India (MCI) had denied him to appear in NEET, he had filed a writ petition in the Allahabad High Court with a plea that there should be no age bar to appear for medical education.

“The court passed an order on my petition and removed any age bar for appearing in NEET. Today the legal position is that anyone can appear in NEET at any age,” he said.

He adds, “I believe I will get good marks this time and qualify for a government college. As the exam is on September 12, I am making preparations for that.”