All passengers trains on this route have been cancelled. 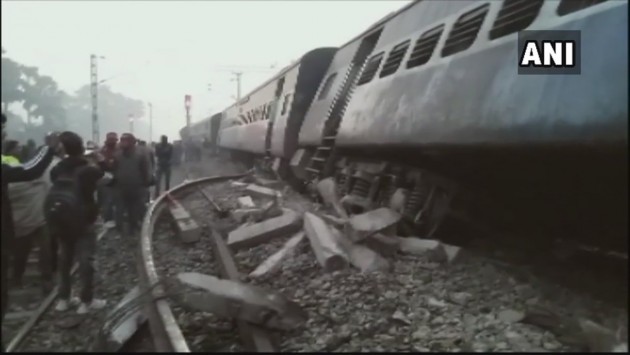 At least seven people have died and several others were injured after eleven coaches of the Delhi-bound Seemanchal Express derailed in Bihar's Vaishali district, early this morning.

#SpotVisuals: 9 coaches of #SeemanchalExpress derailed in Bihar's Sahadai Buzurg, earlier this morning. 6 people have lost their lives in the incident. pic.twitter.com/wQgNwiieSD

A team of doctors was rushed to the accident site from nearby areas of Sonpur and Barauni. To carry out the rescue operations, accident relief train has also been moved to the site.

"Rescue and relief operations are on for derailment of 9 coaches of Jogbani-Anand Vihar Terminal Seemanchal express at Sahadai Buzurg, Bihar," the office of Piyush Goyal said in a statement.

Railway Minister is in touch with Railway Board members and GM ECR regarding #seemanchalexpress accident. Relief and rescue operations are underway. He has expressed profound grief over the loss of innocent lives in this tragic accident and wished speedy recovery for the injured.

"Railway Minister is in touch with Railway Board members and GM ECR (East Central Railways) regarding #seemanchalexpress accident...He (Piyush Goyal) has expressed profound grief over the loss of innocent lives in this tragic accident and wished speedy recovery for the injured," it said on the official Twitter handle.